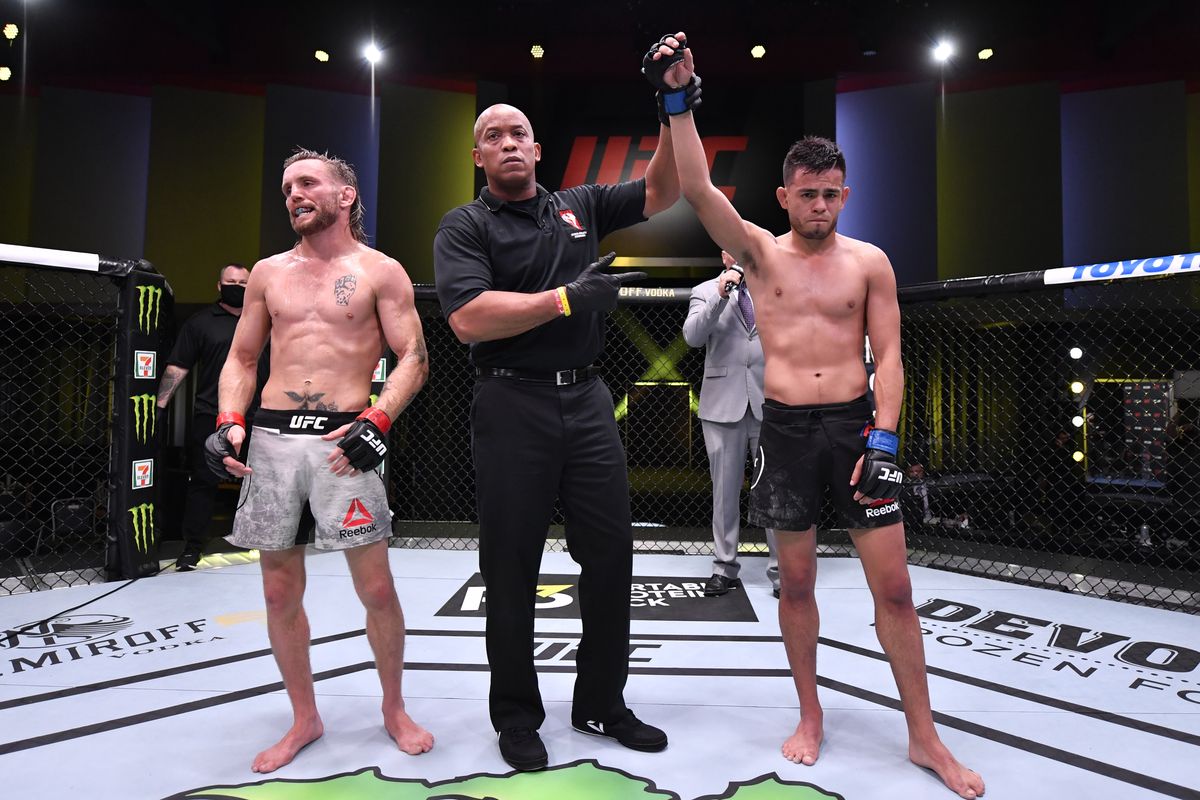 Brandon Royval brings a type of swag to the octagon that in many ways is reminiscent of the Diaz brothers. He walks and fights with ‘Diaz swagger’, but he speaks with immense humbleness.

There’s nothing fake about Brandon Royval. What you see is what you get, and what you get is a killer inside the octagon and a transparent, regular guy everywhere else.

Over the weekend, we all saw the killer ‘Raw dawg’ can be when he’s in the cage, and that’s also where you see the swagger. From the way he paces back n’ forth during pre-fight intros to the way he fights, Royval exemplifies swag.

He fought like the flyweight version of Nate Diaz against Kai Kara-France; besides getting dropped of course.

Before and after the insane sequence where Royval and Kara-France dropped each other, Royval kept his foot on the gas, never awarding his opponent any breathing room. He had his hands down by his waist a large majority of the bout as well, and like the Diaz brothers, he was offensive when the fight hit the mat.

What we also all saw over the weekend was Brandon Royval demonstrating his natural humbleness.

After the second round submission he made sure to shake his opponents’ hand. Then he spoke to Jon Anik.

“My dumba** got dropped twice, but other than that I feel good man. We can do better out there, but f*** it I get in there and I fight, that’s all there is to it right?”

“I want Askar Askarov, I want Formiga,” he told reporters.

Askar Askarov makes perfect sense for Royval’s next challenge. Both men have recent wins over Tim Elliott and are riding win streaks. Furthermore, that might be a top five match-up depending on the updated rankings.

Royval’s mixture of swag and humbleness make him very likeable. What also makes him likeable is the fact he’s an elite, well-rounded mixed martial artist.