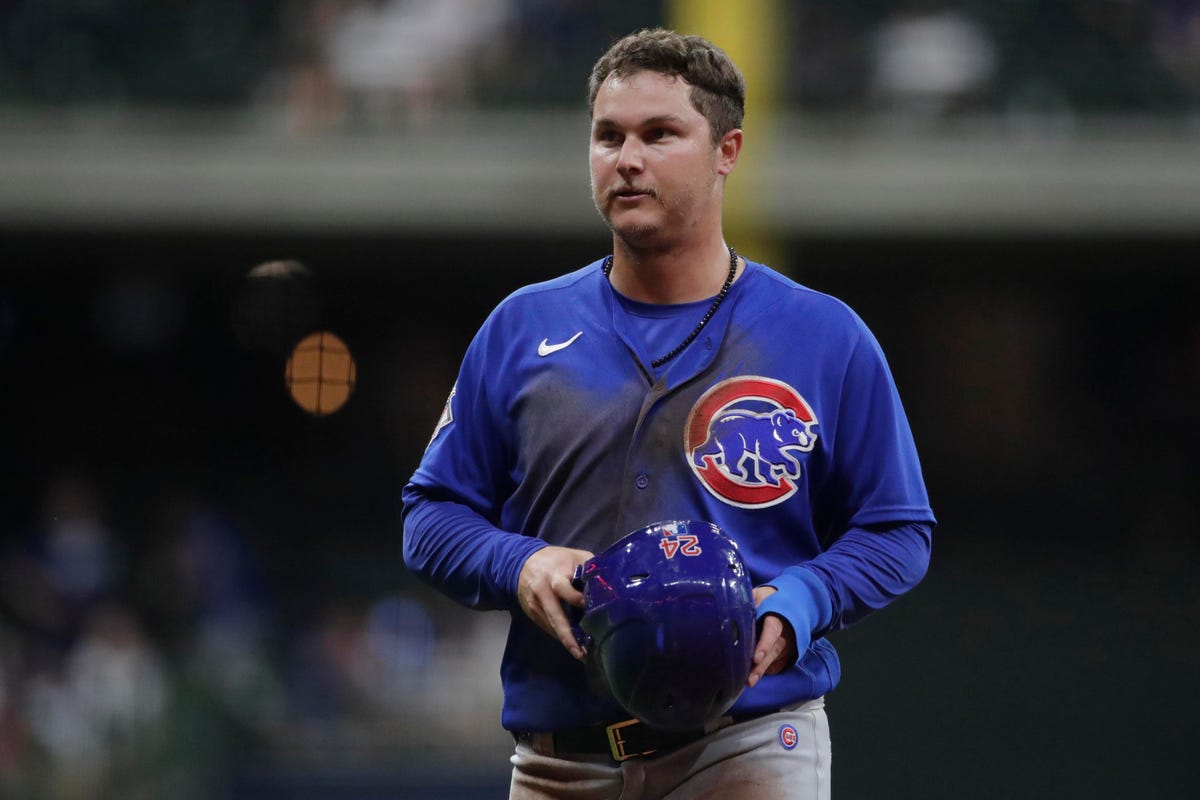 The Atlanta Braves are deciding to go for it, but their slim playoff chances should warrant a reset for next season instead.

The Atlanta Braves currently have a losing record and their best player is out for the year. So the front office decided to…buy?  The MLB trade deadline is just under two weeks away, so GM Alex Anthopolous chose to get ahead of the frantic market and deal during the All-Star break.  But he chose to deal the wrong players.

On Thursday, the Braves acquired OF Joc Pederson from the Chicago Cubs for 1B Bryce Ball, a power hitter currently in High-A.  One day later, they also acquired C Stephen Vogt from the Arizona Diamondbacks for 1B Mason Berne, a non-prospect in the Complex League.  Neither trade moves the needle that much for any team involved, but they still signal that the Braves think they can compete down the stretch.

The facts disagree.  The Braves are 44-46, two games below .500.  Entering Saturday, FanGraphs says the Braves’ playoff odds are only 8.7%.  FiveThirtyEight, which uses an ELO system slower to react to current-season results, gives them a generous 19%.  In the first-half finale, Ronald Acuña Jr. tore his ACL and will be out the rest of the season.  A mediocre team is now missing their biggest contributor on offense and defense.

Yes, the Braves are only four games back, and yes, they play in the underwhelming NL East.  But how many months does a front office need to see that this team is clearly weaker than the last two years?  They have dealt with plenty of injuries besides their superstar, which is why they should prepare for next season.  Mike Soroka will not be back this season but will be ready for Opening Day.  Max Fried and Dansby Swanson are more likely to rebound after some offseason work than during the regular season grind.

What are the Braves getting here?  A below-average platoon outfielder and a backup catcher.  Pederson is performing far from his power with the LA Dodgers, and his defense has dropped to such an extent that he has negative WAR this year.  He will not be the last player the Cubs trade.  Vogt is well passed his All-Star days, but teams are used to him hitting poorly for a few seasons now.  Joc’s power outage (24 XBH this season) is a brand new concern.

For what it’s worth, the Braves, are giving up very little.  Ball was a late-round pick who tore apart Low-A in 2019, but he it hitting under .210 with just six home runs in 2021.  He could turn it around under a new development program with the Cubs, but he seems more like a low-contact batter who flames out in the minors.  Ball at least has some potential, which is not the case with Berne.  He is a 25-year-old in the Complex League, the level filled with teenagers getting their feet wet.  Berne is unlikely to go anywhere, but the worst-in-the-league Diamondbacks will take anybody.

Even if the Braves are only giving up spare parts, the point still stands that they should be adding young players for the future instead of trading them away.  Atlanta still has plenty of talent for multiple postseason runs over the next few seasons, but the current campaign is not one of them.  They can sell high on the aging Charlie Morton and some bullpen pieces to improve their future chances without hurting their current ones because they are so slim.

There is no shame in admitting a team is worse than expected, and the Braves are in a better position long-term than other underwhelming teams.  Atlanta should fold on 2021 to be better positioned for next year, but it looks like they are pushing in their chips instead.  At least Pederson homered Saturday night.