Breakdown of the 2022 MLS All-Star Roster 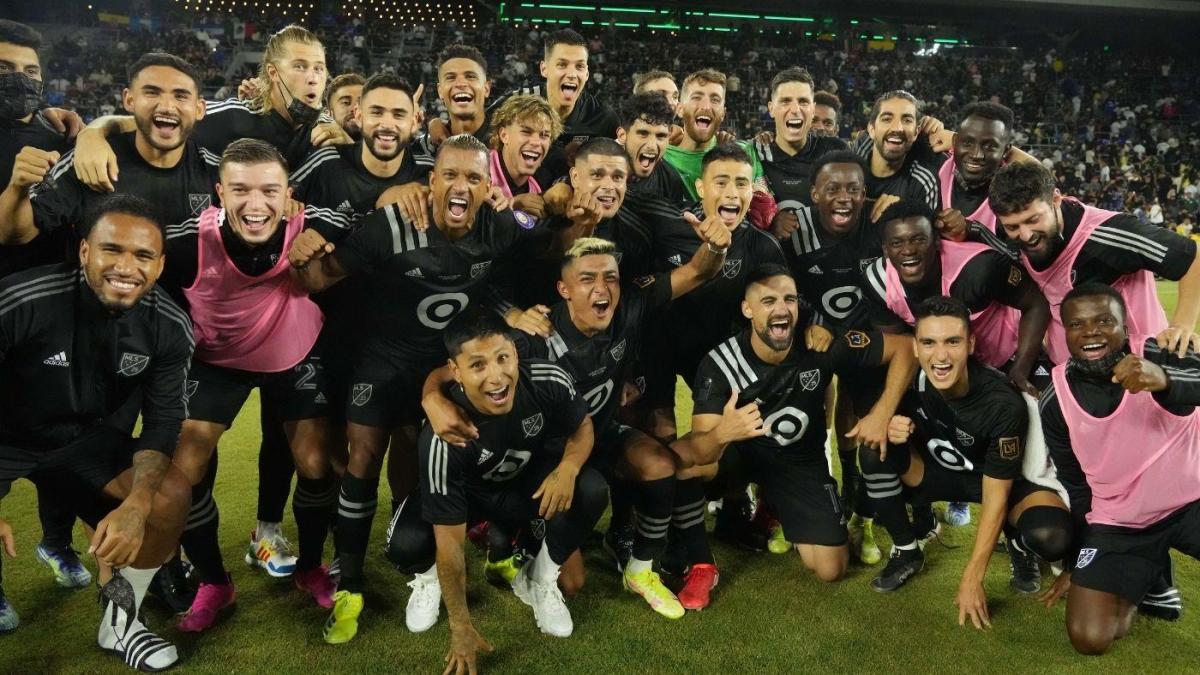 The MLS released its roster for the All-Star match against LigaMX All-Stars on Aug 10 in Minnesota. This is the second year of MLS vs. LigaMX All-Stars since the formation change in 2019. The MLS defeated LigaMX last year on penalties in Los Angeles last year in the inaugural game.

Every year the MLS grows in competitiveness with its young grown players and international players. The roster for this season’s All-Star game is full of talent as the MLS All-stars look to defend its win from last season. Here is the list of the players heading to Minnesota in August:

This is Arriola’s first MLS All-Star game selection. The USMNT player has made an immediate impact during his first season with Dallas. He has contributed eight goals and two assist this season for Dallas as he fights for a spot on the World Cup roster for the Americans in November.

Reigning Golden Boot winner Castellanos will be making his first MLS All-Star appearance. He continues to lead MLS in goals so far with 12. He has been exceptional for New York City F.C in hopes to keep their MLS Cup title this season

Jesus Ferreria has finally established his leadership with F.C Dallas with 11 goals so far while also fighting for a spot as a World Cup starter for the U.S in November. This will be his first All-Star selection as he will represent F.C Dallas along with Arriola in Minnesota.

With D.C United struggles this season, Fountas has managed to maintain an elite status in the MLS. He has scored 10 goals and an assist so far as he will be making his first MLS All-Star appearance.

In his second full season in the MLS, Chicharito is heading to his second straight All-Star game. He has still been able to maintain scoring momentum with seven goals so far this season.

After seven seasons with the Sounders, Morris is finally going to the All-Star game. The forward has struggled with injuries in the last few years but is finally finding his rhythm again on the field. Him and teammate Ruidiaz have a combined total of ten goals while Morris has recorded one assist on the season.

After being selected last year for the All-Star game, Ruidiaz will make another appearance after another solid season with the Sounders. After a heart-breaking loss to Australia during the World Cup qualifiers, Ruidiaz has been able to recover and still perform with five goals so far this season.

Since joining LAFC in 2018, Vela has been selected as an All-Star in each year he has been with the team. He is tied for the most All-Stars selections on the roster and has arguably been one of MLS best players in the last few seasons. He has contributed a lot for LAFC with six goals and seven assist so far.

The Argentine will be making his first appearance as an All-Star after his stellar season with Cincinnati this season.  He has six goals and six assists on the season with a 74% passing rate.

Austin F.C are having a fantastic season. They are just behind LAFC for first place in the West and for the Supporters Shield. Driussi was picked for his first All-Star game with 11 goals and four assist so far. He will be fighting at the end of the season for the Golden Boot and MLS MVP award.

Reigning MLS MVP is back and picked as an All-Star again for the season in a row. Though New England are not having the season they had last year, Gil is still performing at the top-level for the team. He has four goals and six assists on the season so far.

Mukhtar is in the fight for both the Golden Boot and MLS MVP. He is doing very impressing things from the midfield as he has 11 goals and three assist so far. He has been the key to Nashville’s success this season who sit third in the Western Conference.

Nagbe is a veteran to the MLS as he has entered his 12th season of play in the league. It is his first All-Star selection since 2016. He has three goals on the season and an impressive 92.4% pass completion.

With Minnesota climbing up the table in the Western Conference, Reynoso will be an essential part of their run to the playoffs this season. With his second appearance in an All-Star game, the Argentine has seven goals and three assists so far and is a crucial part of the midfield for Minnesota.

LAFC have had a phenomenal season so far and with the addition of five-time Champions League winner Gareth Bale, he will be accompanied by a very talented midfield. Picked to his second All-Star game, Sanchez has one goals with two assists with an 83.1% pass completion.

Chosen to his second All-Star game in a row, Araujo has had a great season as right back for L.A Galaxy. He as two assists with 27 interceptions completed so far.

Callens scored the winning penalty kick for New York City F.C that gave them their first MLS title in club history. Now, he was voted to his first MLS All-Star game. The Peruvian has a goal and three assists with a fantastic 89.3% pass completion as center back for New York City this season.

A USMNT member, Long is living up to his national team status with his first appearance to the MLS All-Star game since 2018. Captain of the team, Long has been solid as center back with three goals and a 78.1% pass completion.

Montreal are one of the surprising teams in the MLS this season. Miller has been a key player in the defense for the team, recording one goal and three assists that awarded him his first All-Star selection in the MLS.

Palacios is the third LAFC player chosen for the All-Star game, tied for the most players chosen for a team this season. This will be his first All-Star appearance in the MLS. Both of LAFC’s wide backs were selected as All-Star with Palacios totaling a goal and an assist from left back this season.

The Union have the best defensive team in the MLS this season so far. They only have two loses and allowed 14 goals, fewest in the league. Kai Wagner has been chosen to his second All-Star game with four assist and a 73.7% pass completion from the left back this season for the Union.

MLS and USMNT veteran, Yedlin has been selected to his third All-Star game. He has been a pivotal player for Inter Miami. With years of struggles with injuries and consistency, Yedlin has finally found his form again as he has a total of two assists and an 81.8% pass completion from right back this season.

In his third selection to the All-Star game, the USMNT star continues to produce in the back for Nashville. He has been a wall for Nashville and is arguably the best center back in the MLS. With the World Cup approaching, he is a shoo-in for that starting roll as center back if he stays healthy.

With New York City sending three players to the All-Star game, Sean Johnson will be going to his first ever in the MLS. He has been the league’s best goalkeeper this season with a league leading nine clean sheets. His performance for New York City may also land him on the roster for the USMNT trip to the World Cup this November.

With Union having the best defensive team in the league, it makes sense that their goalkeeper will be all All-Star as well. With his fourth appearance to the All-Star game, Blake has eight clean sheets, one short from Sean Johnson’s total.

St. Clair has done a wonderful job for Minnesota and is very deserving of his all-star selection. This is his first appearance to the all-star game with a total of three sheets for Minnesota on the year.

Texas Rivals Face-Off
Who Was Up To The Task On Matchday 20?