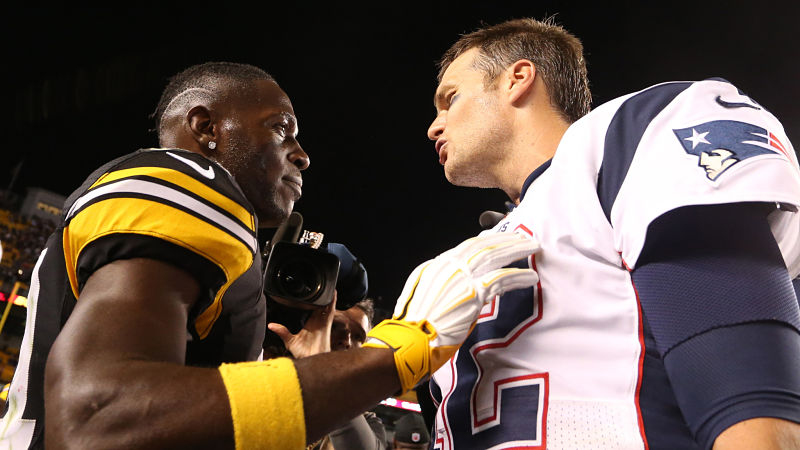 After a long 24-hour period of uncertainty swirling around Antonio Brown and his future with the Oakland Raiders, as it turns out, Brown has now become the newest edition to the strong receiving corps for the New England Patriots.

After being fined by the Raiders for missing practices, Brown took to his Instagram account to post his complaints about the fine. Following this, he got into a verbal altercation with Raiders’ GM Mike Mayock, threatening to hit him before punting a football and calling him a “cracker.” Following this, Brown was believed to be suspended for at least the first game against the Denver Broncos, but after a phone call with head coach Jon Gruden, Brown was set to play again. Brown was fined, again, by the Raiders organization for conduct detrimental to the team, which voided his guaranteed money of $29,125 million, which led to his request to be released.

Once released by the Raiders, the rest is history. The Patriots were the clear-cut favorites to sign the disgruntled, star wide receiver. The deal, which came within hours after Brown’s release, can be worth up to $15 million, with an included $9 million signing bonus.

The Patriots add Brown to a receiving corps built upon Josh Gordon, Demaryius Thomas, Jakobi Meyers and Julian Edelman, this could set the stage for the team to make their fourth consecutive trip to the Super Bowl, in an attempt to win their 7th ring.