Breaking Down the Grizzlies’ Second Half Schedule 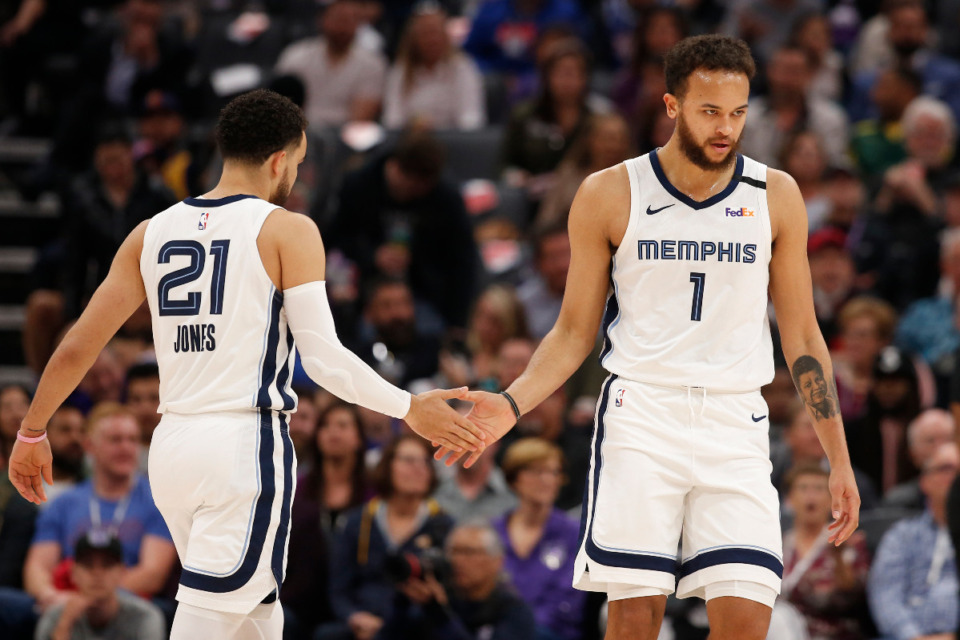 Upon the release of the second half of the Memphis Grizzlies’ schedule, fans of the squad could be worried about the tribulations of their slate. Their mark of 40 games in 67 days seems to be an exhausting run of competition, including 11 back-to-backs and a ten-day road trip (the longest in franchise history). Fortunately, the Grizzlies have used their recently jammed schedule to learn how to adapt to a lack of rest. In a series of six games in eight days, Memphis was able to pick up three victories, only dropping contests to the Lakers, Pelicans, and Suns (though nearly half the team wasn’t available for that one). Though their upcoming schedule is both a marathon and a sprint, it’s packed with more opportunities for growth, including a myriad of matchups with possible postseason opponents. Let’s break the schedule down to see where Memphis earns their chops this Spring:

Back from the All-Star Break, Memphis will have its hands full with plenty of teams they’re likely to encounter in late May. Being realistic, the Grizzlies will most likely be looking to break into the playoffs via one of the two play-in series against the eighth or seventh seed in the Western Conference. Fortunately for them, this stretch of schedule will provide them valuable reps, with two matchups against the Warriors (the current eighth seed) and one faceoff with the currently seventh-seeded Nuggets. What’s more, with three games against the top-seeded Jazz, the Grizzlies will get well acquainted with their competition should they remedy last year’s woes and advance to the first round of the postseason. 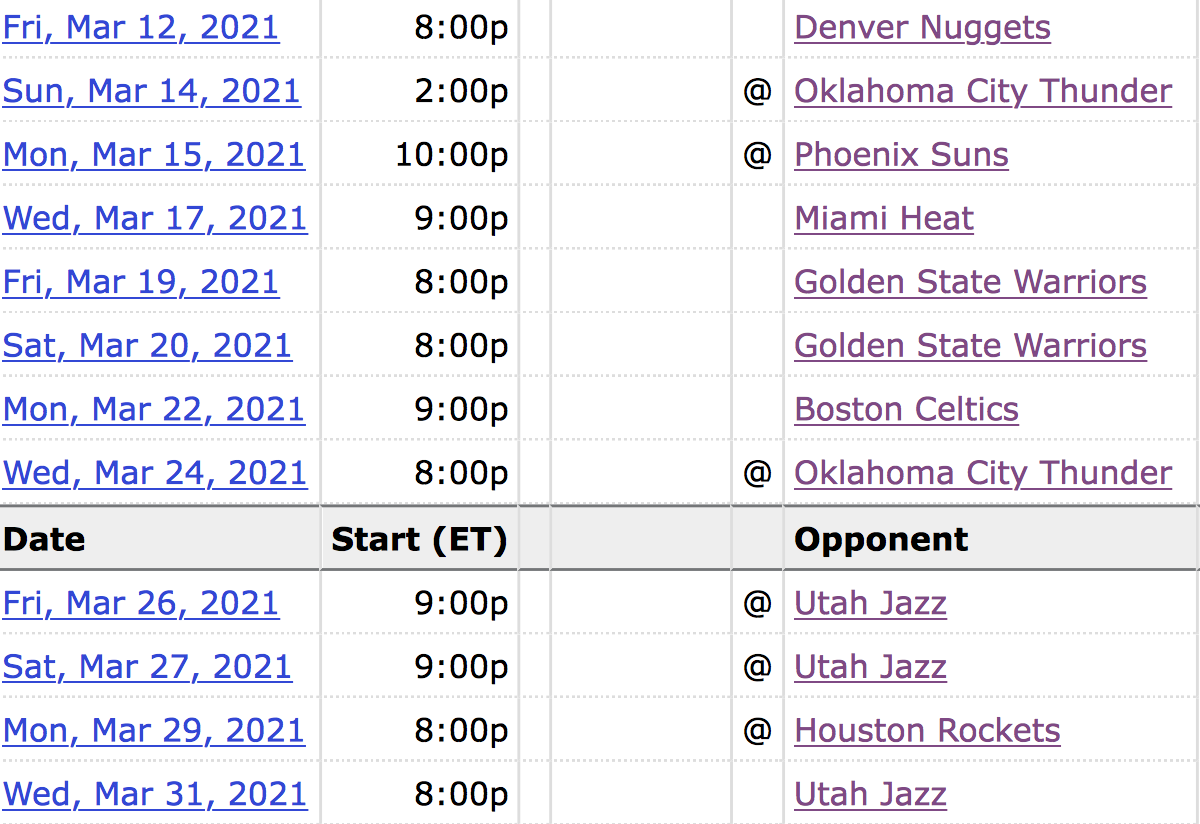 After a tough gamut of Western opponents, the Grizzlies’ schedule turns towards the Atlantic. If they’re looking to bolster their record, this stretch is the time to do so, with matchups against the lowly Bulls, Timberwolves, Knicks, and Hawks. The eastern seaboard still provides its challenges, notably through a matchup with the East-leading 76ers. That said, all signs point to the Grizzlies pulling off a winning streak in this window. By this time, Jaren Jackson and Justise Winslow should be fully integrated with the team, and though half of their contests are on the road, this slice of schedule contains the last week where the team doesn’t have to switch time zones. Given that these games precede an intense series of challenges, Jenkins and company would do well to take care of business.

As my favorite foul-mouthed actor once declared, hold onto your butts. Seven games (six of them on the road) in eleven nights, all against teams slated for a postseason berth. While no team would choose to play an MVP candidate each night for nearly two weeks, this run of games will be huge for Memphis’ postseason chances. Lose most of these contests, and Memphis’ playoff chances look slim. At around a .500 clip, the Grizzlies could have a decent shot at squeaking into a play-in game. Win a majority of these matchups, and the team could start generating real dark horse momentum heading into a surefire playoff spot.

With the majority of their schedule’s challenges out of the way, this last run should be used to put the finishing touches on the playoff-ready roster. With a litany of bottom-tier teams to feast upon (such as the Magic, Pistons, and Timberwolves), these winnable matchups will be high time to refine offensive sets, experiment with defensive maneuvers, and lock in a rotation for the postseason. Their matchup with the Pelicans should serve as a litmus test for the team’s readiness. NOLA’s been an achilles heel for the Grizzlies all season, so a victory over the Pels would be a good a signifier as any that the team is ready to make waves come June.