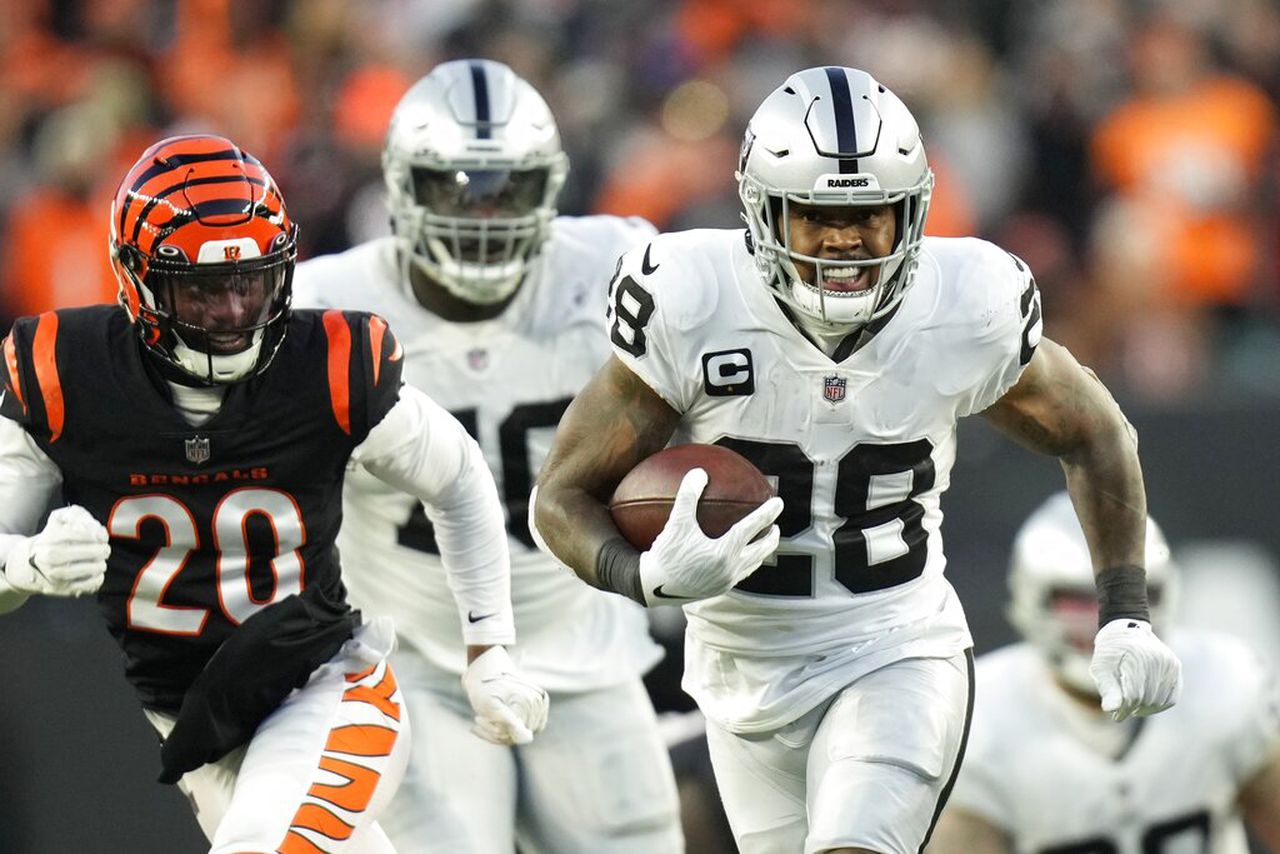 Jacobs is expected to be the starting running back going into camp. When healthy, Jacobs is an excellent running back. He made the Pro Bowl in 2020 but has struggled with injuries since. Also, the Raiders’ offensive line has not played well, and it has caused some Jacobs poor play.

Drake was supposed to play a significant role in the Raiders’ offense last season, but that never happened. He broke his ankle midway through the season. Under new Raiders coach Josh McDaniels, Drake could use a lot in McDaniels’ system. Drake is a running back who can do many things, but he does not blitz protect well.

Bolden is a massive pickup for the Raiders because he knows the McDaniels system, having played for him in New England with the Patriots. Bolden is a third-down back that can contribute to special teams. He could have an inside track on making the roster because of his knowledge.

Abdullah is good in the return game and could provide depth if he makes the roster. He could be one of the odd man out, but he could turn heads with a good training camp.

White is a power back with speed; he could be a possible replacement for Jacobs, who is only under contract for this upcoming season. White has dealt with injuries in college, but if he can remain healthy, White could be a solid running back. But, first, he must learn to pass-protect better to be a three-down back. Brown is a running back that reads his block well and could be a practice squad candidate.