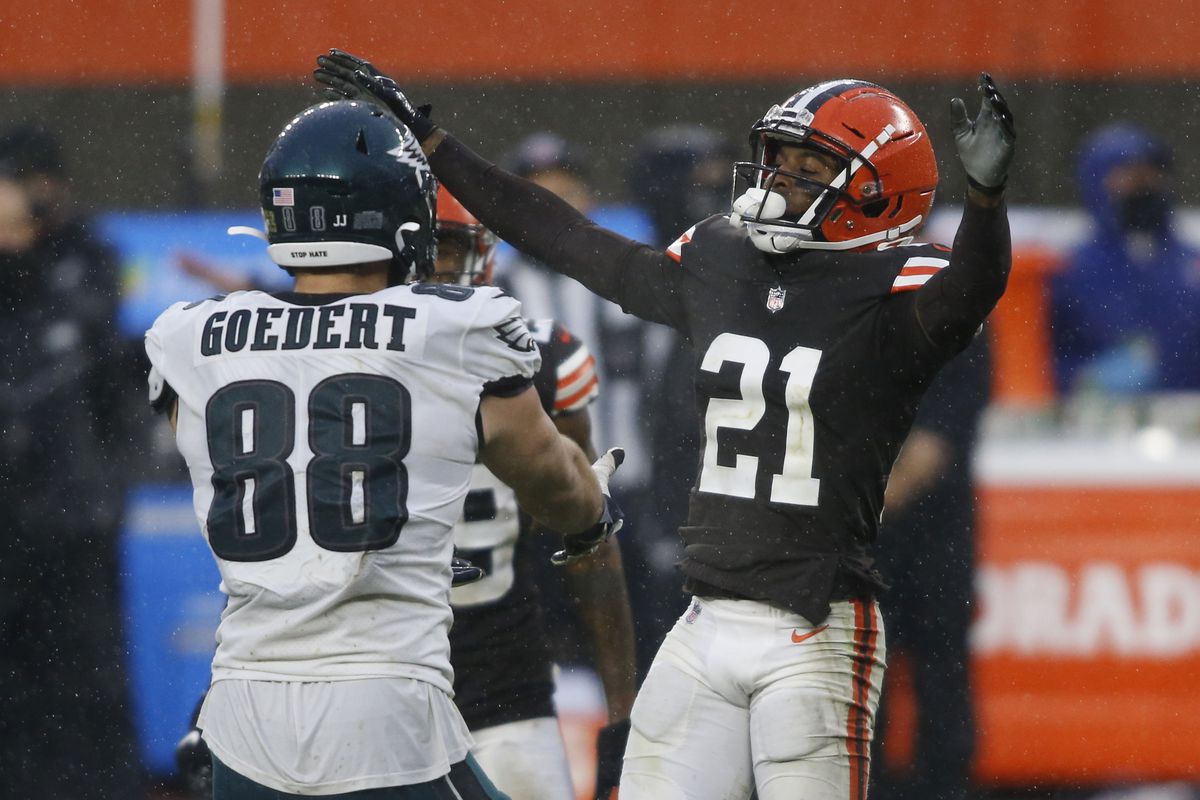 According to ESPN, Browns third-year stud cornerback Denzel Ward will miss multiple weeks with a calf injury. After telling the team that his calf was bothering him after his stellar performance in the Browns 22-17 win over the Eagles, he went in for an MRI. The results of that MRI, according to sources, were much worse than the Browns anticipated. Mike Garafolo of NFL Media reported that Ward would “miss a couple of weeks” because of the injury. Ward played in every defensive snap for the Browns on Sunday.

On the year Ward has been great, totaling 38 tackles, two interceptions, and one forced fumble. He also has a career high in pass breakups with 15, which is good enough to lead the entire NFL. With Ward being out, that leaves Terrance Mitchell, Tavierre Thomas, Kevin Johnson, Robert Jackson, and M.J. Stewart to handle the corner back duties.

This injury could not have come at a worse time for the Browns. Sitting at 7-3, and if the season were to end right now, they would be in the playoffs. Their remaining schedule includes Jacksonville next weekend, the Titans, the Steelers, the Ravens, and both New York teams. With the games against the Ravens and Steelers penciled in as losses, the game versus Tennessee could become a must-win.

With Ward out multiple weeks, and defensive end Myles Garrett missing at least next weeks game in Jacksonville, the defense looks to be even more depleted than before. It will take a great performance for the offense to come out of these stretch of games with only two losses. Expect the Browns to focus even more on their running game so that they can control the clock, and keep the opponent’s offense off the field.