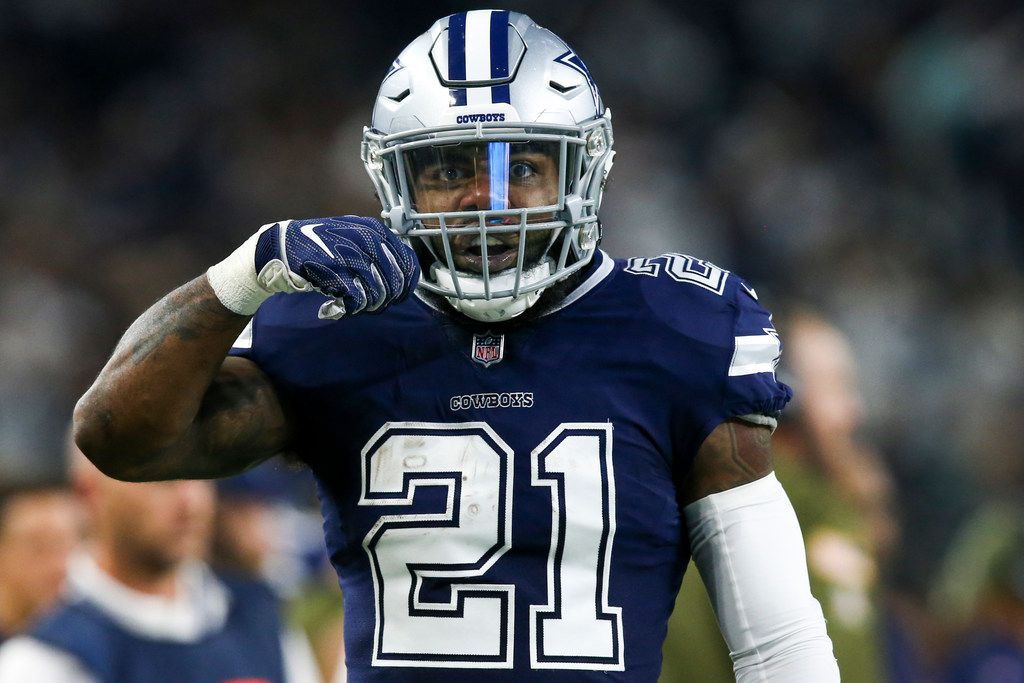 Dallas Cowboys running back Ezekiel Elliott is now the highest paid running back in the National Football League. The 24 year old reportedly agreed to a six-year, 90 Million dollar extension that makes him the highest paid running back in NFL history. That makes the full contract $103 million over eight years! He will also receive 50 Million dollars guaranteed, which now surpasses Los Angeles Rams running back Todd Gurley’s previous amount of $45 million guaranteed. So this begs the question: was this a good deal for both sides? We’ll take a look at the pros and cons of this deal.

First, let’s look at the pros. We know Ezekiel Elliott is arguably the best running back in football. He runs with tremendous power, yet has good speed and agility to leave defenders agape. He’s twice led the league in rushing, so we know he’s great. And Normally, you pay top-level players top dollar, and Ezekiel Elliott has the capability to carry this team on his back. He gives the Cowboys a tremendous chance to be a true threat in the NFC and get to the Super Bowl.

Now let’s look at the cons: we are in an era where the running back has become replaceable. Many teams are using platoons, and so the running back market has been depressed to the point where some teams refuse to pay much for a running back. Another issue is that he happens to play behind one of the best, if not the best, offensive line in football, including All-Pro guard Zack Martin, All-Pro center Travis Frederick, and All-Pro tackle Tyron Smith. One might argue a lesser player could run behind that offensive line and still produce; in fact, that’s been the case with former Cowboy running back Demarco Murray once leading the league in rushing behind this line. In other words, perhaps the Cowboys could’ve traded him and played any running back and still found some level of success. Another issue is that this deal could limit what the Cowboys do in the future, in terms of resigning other players on the roster. It’s a salary cap league, so if you pay one position, you might have to pay less for another.

Ultimately, football is a team sport, and you want to get the best players who give you the best chance to win. Most teams usually have a short window to win, so while Zeke might be a bit overpaid, it’s better that the Cowboys pay for an All-Pro talent than squander their Super Bowl window. The team also has quarterback Dak Prescott to think about; they’ll have to pay him soon as well, and he could command upwards of 30 million dollars. However, he’s an average quarterback who needs good talent around him to win. Not to mention, the team plays in the same division as the Philadelphia Eagles, who have one of the best rosters in football. The time to win is now, and the fact that Ezekiel Elliott will help the Cowboys win makes this a good deal.