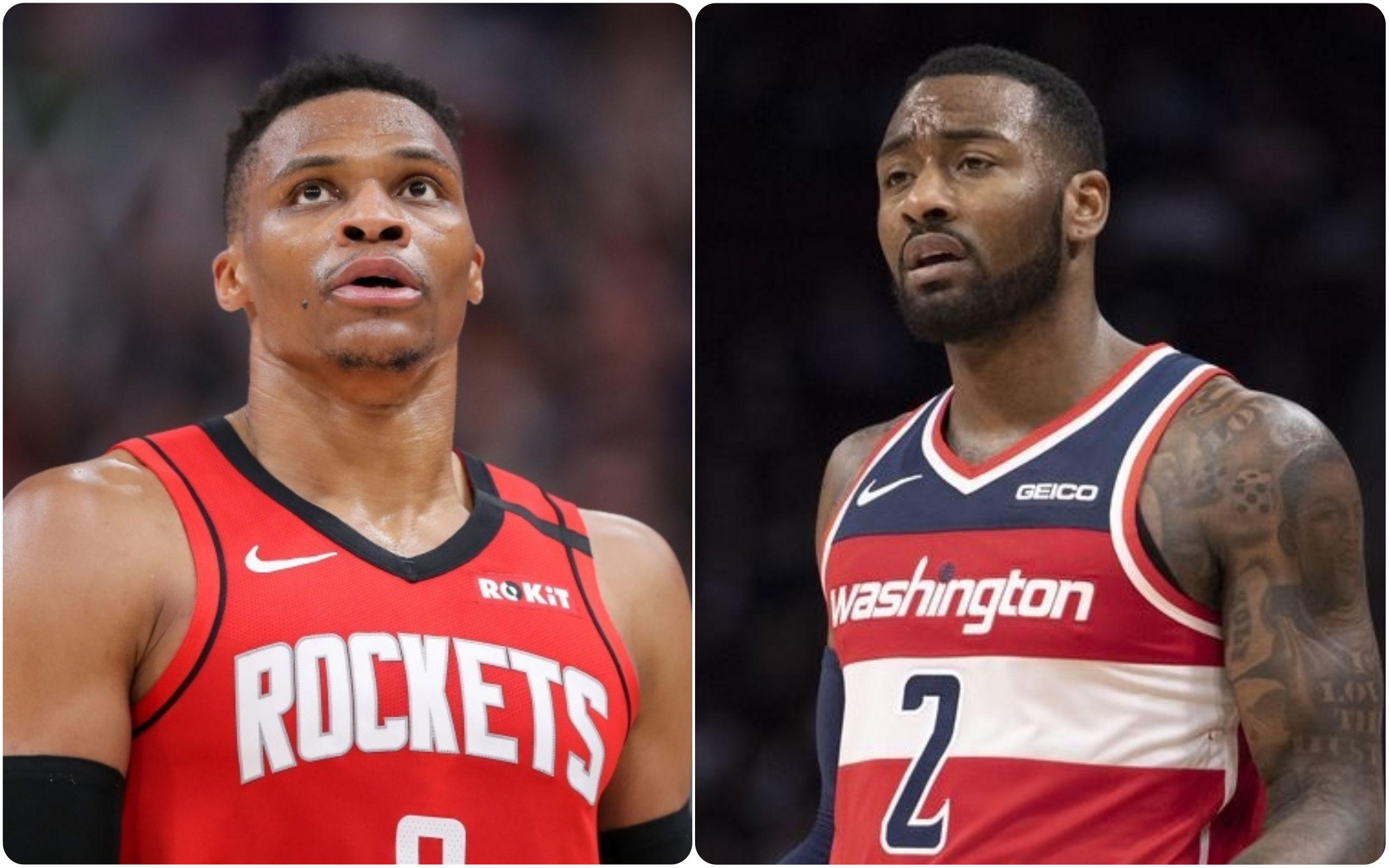 Looks like the Houston Rockets are pairing a third different guard with James Harden in three years. How will John Wall work better than Chris Paul or Russell Westbrook?

The Houston Rockets and the Washington Wizards have agreed to trade Russell Westbrook and John Wall. Houston will also get a first round pick from the Wizards.

That’s right, the Rockets are trying to pair a third guard in three years to work alongside James Harden in Houston.

Problem is, Wall hasn’t played in well over a year, while Westbrook already has a familiarity with the Washington coach he’ll be playing for – former Oklahoma City Thunder head coach Scott Brooks.

A ruptured left Achilles sidelined Wall after 32 games in 2018-19. He hasn’t played a lick since.

I happened to see and talk to Wall pre-game when the Wizards played the Atlanta Hawks last season in Atlanta. He looked good enough to play then, so I can imagine that the 10½ months since then have done nothing but helped him heal more than sufficiently.

Yet, Wall’s best days in his decade of time in the NBA were about three years ago, in the 2016-17 season – his seventh at the time – where he averaged a career-high 23.1 points per game and took the Wizards to a 49-33 mark and into the playoffs, where they ousted Mike Budenholzer’s Atlanta Hawks 4-2, before succumbing to Boston in a full seven game series.

That was Westbrook’s MVP season, which many thought should have been Harden’s (he got his the next year). To further the plot, Harden and the Rockets trounced Westbrook’s Thunder 4-1. ‘Twas also Brooks’ first year with the Wizards, and the season that Kevin Durant bolted OKC for Golden State … so Westbrook was all alone; he genuinely earned that MVP award.

The move will reunite Wall with his 2009-10 University of Kentucky teammate DeMarcus Cousins, who the Rockets recently signed.

But the question is, can anyone coexist in the backcourt with Harden?

His penchant for the spotlight is well-documented, dating back to when he and Westbrook were teammates with the Thunder, and went to the 2012 NBA Finals as the team’s Sixth Man. His spotlight is well-warranted with his talent for shooting and for getting to the free throw line.

What’s in question is his consistency, which coach after coach has chosen to live with – Kevin McHale, J.B. Bickerstaff, Mike D’Antoni, and now Stephen Silas. Wall and Harden will be a more conventional pairing than Westbrook and Harden were. But Chris Paul was conventional – some may even say steadying – and it didn’t work with him, either.

Westbrook can mentor young talent like Rui Hachimura, and he and Bradley Beal can coexist much better than the more eclectic Harden. The Wizards, who now have a glut of expendable guards will basically look like Russell Westbrook – Bradley Beal – Davis Bertans – Rui Hachimura – Thomas Bryant, barring any more moves.

If anyone can reign Westbrook in, it is Brooks. Savvy move for the Wizards.

Thanks for Playing, Miami … Game Over … on to Baseball?
Will Sports Get COVID-19 Under Control? Or Will it Become the New ‘Load Management?’