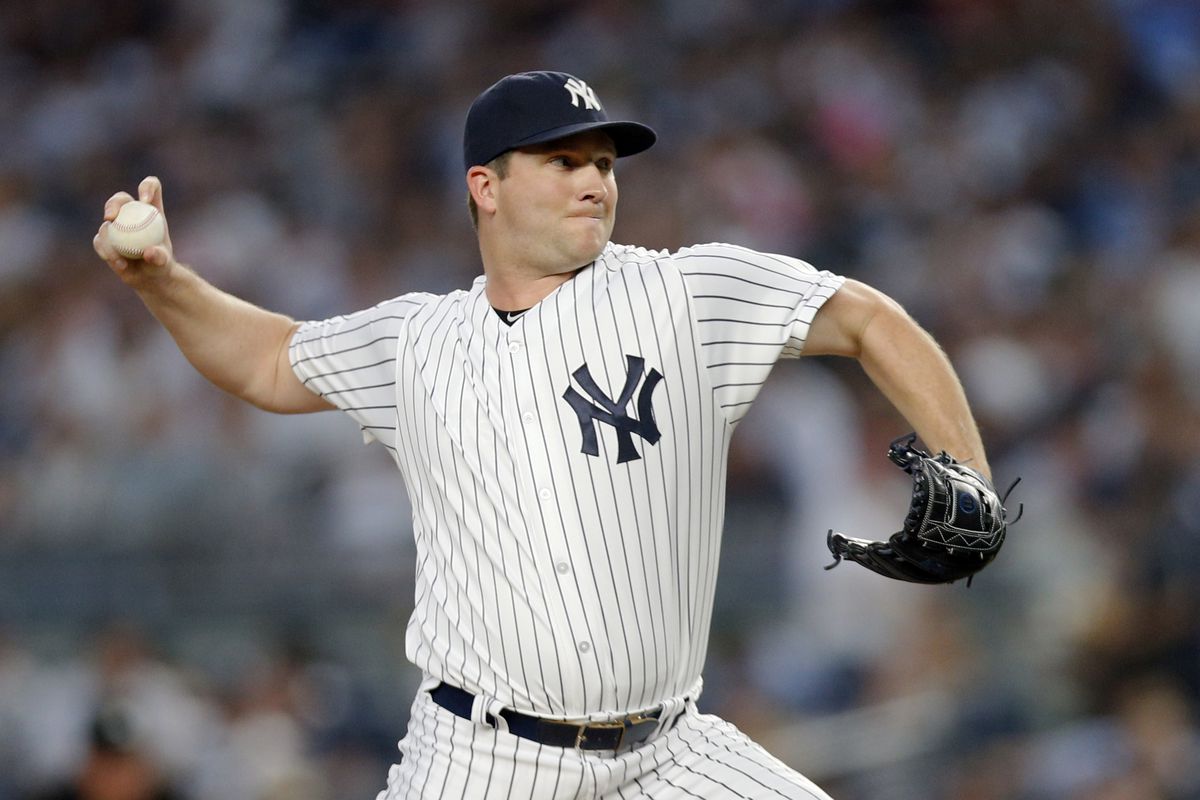 This past Wednesday, Yankees General Manager Brian Cashman answered questions from various Yankee reporters who asked him about DJ LeMahieu, returning Yankees that struggled in 2020, free agency, the starting rotation, and Major League Baseball in 2021. The biggest topic was LeMahieu, who has finished fourth and third respectively in the AL MVP voting the last two seasons. Rumors are circulating that the Yankees offered a four-year, $72 million deal on the table, while LeMahieu is seeking a five-year, $100 million contract Despite both sides appearing to be approximately $25 million apart, Cashman appears to be optimistic about resigning the reigning MLB batting champion.

Essentially, LeMahieu is Cashman’s top priority of the offseason. Cashman believes that LeMahieu’s popularity on the free-agent market and the difficulty of negotiations during a pandemic are the main reasons why his decision has been taking a while. Nevertheless, Cashman will be waiting out on how LeMahieu’s market develops. Additionally, if the Yankees were to move on from LeMahieu, Cashman would have a long talk with LeMahieu and his agent first before changing directions. Furthermore, Cashman is not willing to trade Luke Voit and then signing LeMahieu as a first baseman, which drastically diminishes a potential trade of 2020 MLB HR leader.

Another topic of interest this offseason is how the Yankees view Gary Sánchez. The two-time All-Star had a disappointing 2020 campaign, but the Yankees decided to tender him a contract. However, Cashman mentioned that Sánchez has to prove that “2020 was an aberration”. Thus, the 2021 season might be Sánchez’s last chance to prove himself as a Yankee. Consequently, Sánchez decided to play in the Dominican Winter League and is currently slashing .310/.474/.621 with 2 HRs in nine games, so perhaps the backstop can return to form next season.

Cashman also spoke about other returning position players such as Mike Tauchman and Gleyber Torres. The Yankees’ General Manager noted that Torres came into the season out of shape, but he eventually ended the season strong. Indeed, his best month during the regular season came in September and Torres continued his hot hitting by batting .435 this postseason. As for Tauchman, Cashman said that he had a down year offensively, and admits that Clint Frazier took away some of his playing time. Albeit, Cashman has a lot of faith in the left-handed hitter as evident by his presence in a right-handed-heavy lineup and the fact that many teams have called about him in trade talks.

On a different note, Cashman discussed whether Brett Gardner and Masahiro Tanaka could return in 2021. Cashman said that he “would love to have them back”, but “only time will tell”. Since LeMahieu is the Yankees’ top priority, the Yankees are focused primarily on him, rather than other free agents such as Gardner and Tanaka.

Without Tanaka, the starting rotation seems like a major problem after Gerrit Cole. Yet, Cashman believes that there is a lot of talent in the starting rotation. He mentioned how the Yankees could have been a better team in 2020 if Luis Severino (Tommy John surgery) and Domingo Germán (domestic violence suspension) were active. Cashman also included that many other in-house starting pitchers will have some type of role next season such as obvious cases Jordan Montgomery, Deivi Garcia, Clarke Schmidt, Mike King, Jonathan Loaisiga, and an opener; Luis Cessa, Nick Nelson, and Miguel Yajure were also referred to as an option in the rotation.

Incidentally, Cashman is looking to revamp the starting rotation. He talked about how the returns of Luis Severino and Domingo Germán will help the Yankees. Cashman did not go into details about how much he expects those two will improve the team, which is fair considering Severino can return to the Majors by June at the earliest and Germán has a 7.16 ERA in 16.1 IP in the Dominican Winter League after missing a year of action. Cashman and Manager Aaron Boone sat down with Germán about his domestic abuse case. Cashman described the conversation as “important, personal, and healthy” and transcended “employer to employee relations”. Therefore, it appears that Germán is starting to return to good graces with the New York Yankees.

Lastly, Cashman remains confident in a timely 2021 season. Rumors have been thrown around that MLB will wait until all the players are vaccinated before returning to the field. As a result, some baseball analysts believed the MLB season would start in May at the earliest. Fortunately, Cashman said he has heard no direct word from one of his higher-ups and is preparing for a regular spring training and 162-game season.

RECONSTRUCTED: A Preview of the 2020-21 Miami Heat
Mets Turn to Experience in Hiring of Dave Jauss