Broncos Looking Sharp After Week One In Training Camp 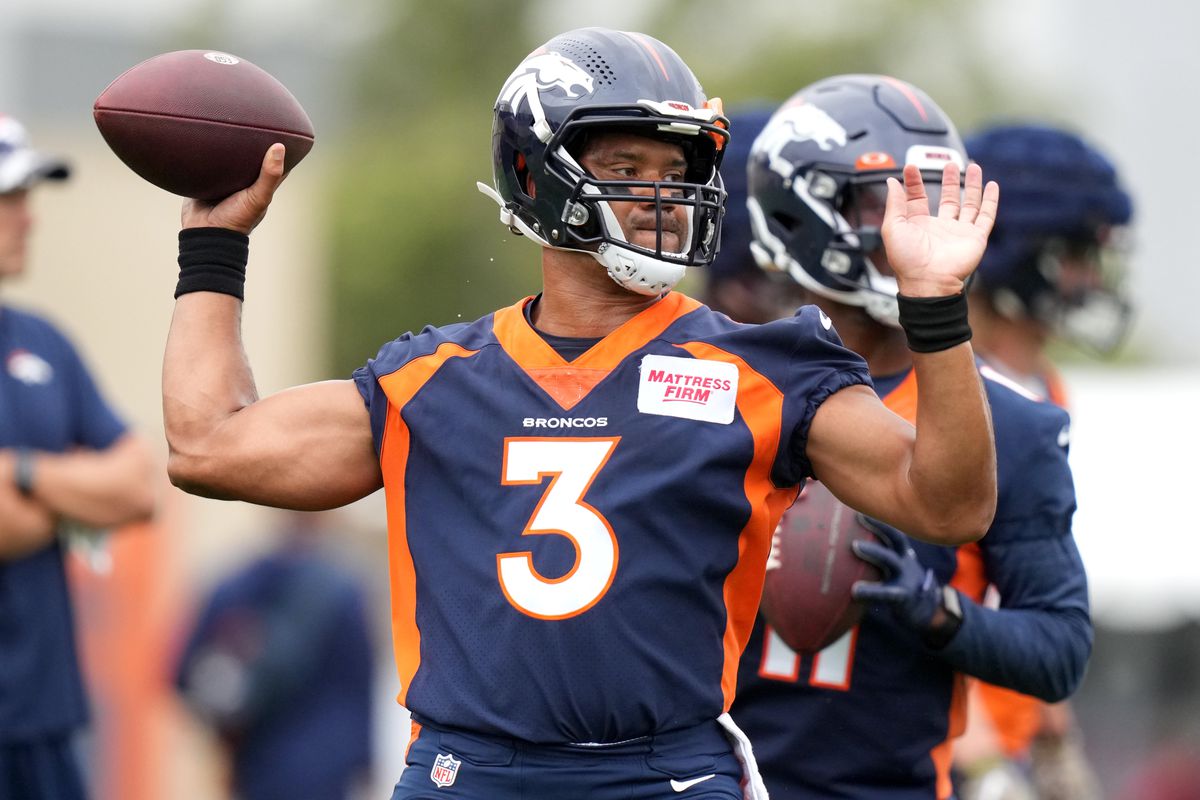 Week one of training camp is mostly just non-contact drills and seven-on-seven. It is often looked at as a warm-up to the rest of training camp, but it is always exciting to get the first real glimpse of the team for the year really playing football. This is especially true for the 2022-23 Denver Broncos as they have so many new faces this year. This also makes week one more significant from a football perspective for this team. The Broncos really impressed on both sides of the ball. Although it was mostly non-contact, there is no reason to think they won’t look just as good with pads. While Denver is a talented team, it would be reasonable to think it would take some time for all of the new pieces to find out how to work together. The Broncos however, seem as if they are ready to start the season.

The Broncos’ offense will probably have a more difficult time adjusting with the roster and coaching changes. This is just the nature of offense, and they have a new quarterback which has a profound impact on a team unique to the position. There have been moments in training camp thus far where the offense has struggled which is understandable, especially considering the Broncos have one of the better defenses in the league. This is actually probably a good thing for this offense to experience. It’s better to make mistakes in camp rather than in the season. What really makes these low points a good thing is the high points. There have been many plays where Russell Wilson and the receiving core show true chemistry that often takes years to achieve.

Jerry Jeudy is the player that really stood out on offense in week one of training camp. He has performed under expectations in his career so far being a first round pick. There is a lot of pressure on him this year to perform well with Wilson at quarterback. In training camp thus far, his play has been very promising. Jeudy has probably been the best receiver, but that is most likely because the current top receiver, Courtland Sutton has been mostly covered by the great cornerback Patrick Surtain.

Denver is taking a bit of an unconventional approach to the offensive line in the sense that there are not five definitive starters. In fact, Left tackle Garrett Boles is the only lineman that is pretty much guaranteed a starting spot. Part of this seems to be that the Broncos actually have a good number of high caliber young players on the line. Specifically, guards Quin Meinerz and Netane Muti are looking like very talented young lineman. It feels promising that the line will be much better than it has in the past few years. Offensive coordinator Justin Outten said this about when they will decide on a starting five offensive line. “Like I said a couple weeks ago, we’d like to have it done Week 1. That’s definitely something you want to try to hang your hat on, but we’re not going to sit here and put it in concrete and say, ‘This is how we’re going to roll for the rest of the season.’ They’re always going to be competing throughout the season.”

With such little contact in week one of training camp, it remains to be seen just how good the front seven is, but the defensive backfield has looked spectacular. Specifically Patrick Surtain has looked like one of the best cornerbacks in the league going head to head with top receiver Courtland Sutton and usually winning fifty-fifty battles making play after play. Surtain is showing that his great rookie season will absolutely be continuing into this season and he may very well prove to be the Broncos best player. The great Broncos passing attack and defensive backs should make each other better and better as training camp goes on.

Another exciting thing about the defense is star pass rusher Bradley Chubb allegedly feels great after suffering from many injuries over the past couple of years. According to the Broncos’ defensive coordinator Enjiro Evero when asked if Chubb looks as good as he did in 2018, ““Yeah, he does, and maybe even better because now he has the knowledge and experience. He is looking as good as he’s ever looked to me.” Denver’s defense has carried them the past few years, and they seem determined to prove they are still the face of this team even with star quarterback Russell Wilson joining the team.

Nathanial Hackett’s coaching style has had a noticeable impact already in the organization. He brings a somewhat unconventional approach to coaching as he is very positive and relatable. Some more traditional football minds might call him soft, but there is much more to what he is doing. It seems his philosophy revolves around the team having a family atmosphere. He feels that winning is closely correlated to a team that cares for one another in a deep way. Everything is about helping each other’s teammates because of this bond. It will be fascinating to see how this style will impact the success of the Broncos. Either way, it is impressive how much culture he has instilled in the team in such a short amount of time, although this is also probably because of Russell Wilson who has a similar approach to leadership.

Also, Hackett has been embracing a lot of intense scrimmaging for week one of training camp, which should help make up for the fact that a lot of the team is new to playing with each other. It really seems like the rest of the coaching staff/players are buying into this mentality. “I like how we set the standard of what we were looking for, and they executed it.” Said Hackett “I think that was important through the tempos. We are still not in pads, but just being able to watch them—how they’re able to slow it down, get a mental day, then come back and get a good, heavy day. That made me really happy. Both sides of the ball had some really good plays, while competing and taking care of each other. I think that’s what I like the best.”

Deebo Gets Paid, What Next For the Niners?
Cowboys Acquire Much Needed Talent