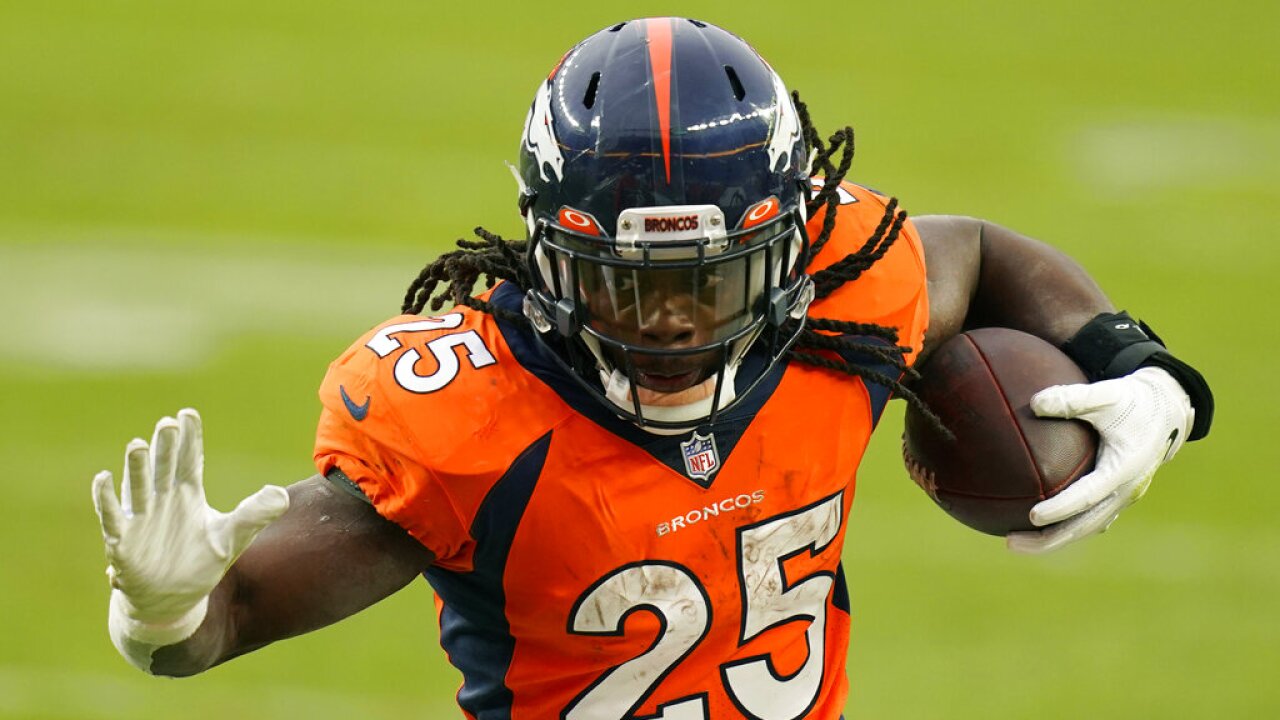 It Will Be Close

The most intriguing positional battle for the Denver Broncos this season is between Melvin Gordon III and Javonte Williams for the starting running back job. This will be a tough choice for the coaching staff, and it could be heavily influenced by what happens in training camp. Also, despite who “wins” this competition both backs will play a lot this season. What is most significant about this battle is who the coaches will trust most in clutch game situations.

As of now, Gordon likely has the advantage as he is more experienced. He is a bit on the older side for a running back (29 years old) but has plenty left at least for a couple more seasons. He has been in this position before in San Diego, Gordon talked a little about this and his competition with Javonte Williams; “I know a lot of people are wanting me to take a backseat. I get it. It’s been like that for a while. It was like that when I was with the Chargers. Everyone wanted [Chargers RB] Austin [Ekeler] to start. I’m just going to go out here and do what’s best for the squad. I put my best foot forward every time I go out there, then I’ll see what happens. The goal is to make them want to play me. I know we’re going to do our thing—me and ‘Vonte’ (RB Javonte Williams) are going to do it. I don’t really know how we’re going to do the reps and things like that. The goal right now is to really master the playbook and let things play out. I’m definitely going to be ready to battle.”  Besides experience, Gordon is also the more well-balanced back. He is a very good receiver out of the backfield, so it is more unpredictable what the offense will use him for each play. Gordon has always been and still is a solid, starting caliber, NFL running back.

Javonte Williams has the potential to be a star in the NFL, it could happen as soon as this season. He is by far the more explosive back of the two players. In contrast to Gordan’s skilled well-balanced style, Williams’ game is all about power and speed. He is more Derrick Henry than Marshall Faulk. In 2020, Williams’ rookie year, he surprised fans with a great season with nine hundred and three yards with four touchdowns on just two hundred and three carries, averaging four point four yards a run.  By the end of training camp, the coaches may decide that his athletic ability gives the Broncos the better chance of winning. Whether it’s this year or not, Williams will eventually be the featured back in an offense if he’s healthy.

Whoever the starting running back is or who gets the most carries, the Broncos will have one of the best backfields in the NFL next year. Gordon and Williams will be a premier one two punch. This will be a great pairing with Broncos quarterback Russell Wilson, who in the past has thrived playing with good running games.

IS A REPEAT ZERO-TO-HERO STORY IN THE WORKS?
High Hopes Ahead of Eagles’ Training Camp