Brown To the Patriots: Forced Will or Mental Health Crisis In The NFL? 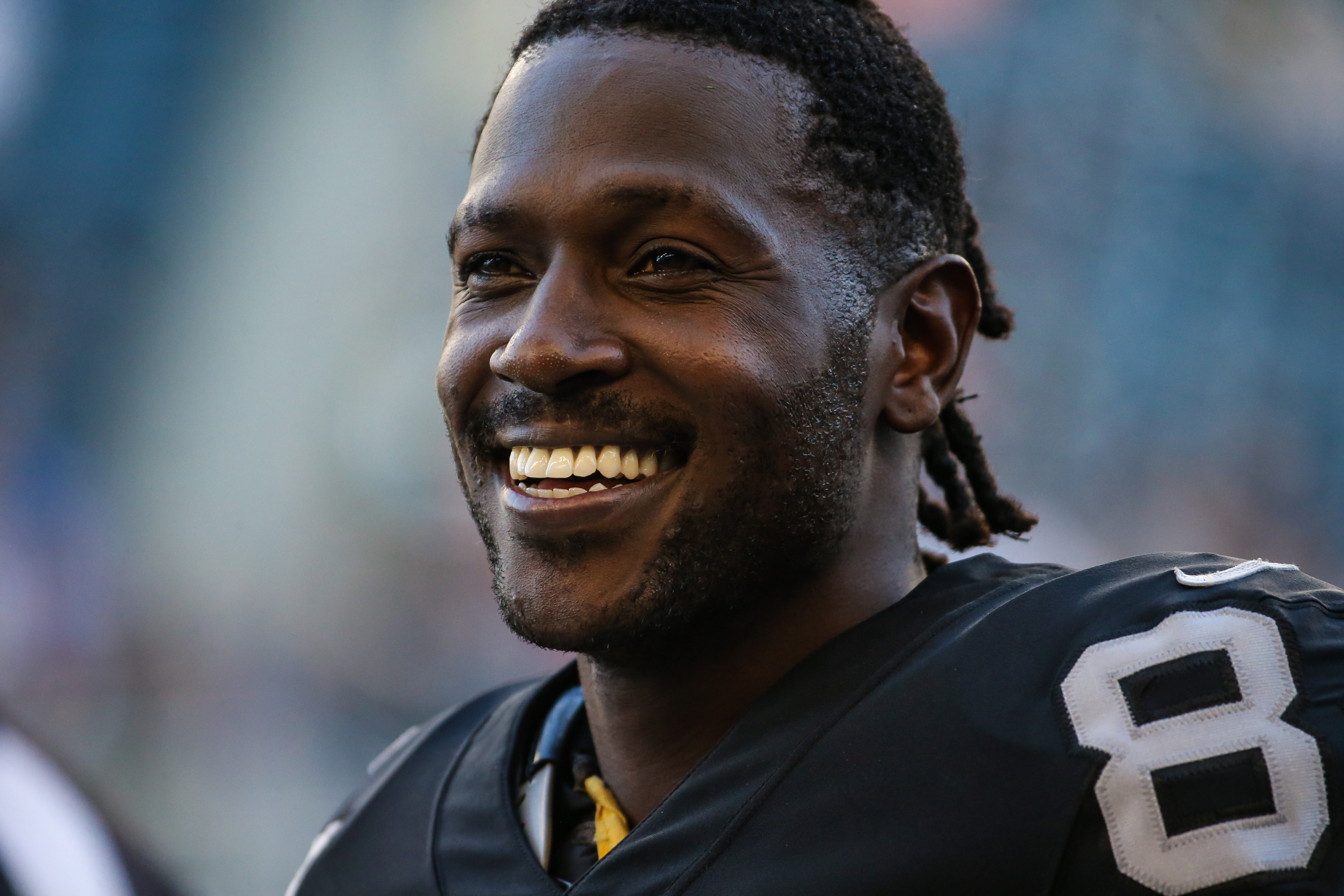 It’s now the first NFL Sunday of the season and one of the best wide receivers the game has ever seen, Antonio Brown, is a New England Patriot after starting the weekend as an Oakland Raider. This isn’t surprising if you follow Brown, just in the last year alone. However, what is surprising is that not enough people are talking about the real problem at hand here. This is a mental health crisis.

The seven-time Pro Bowler has had an eventful few years to say the least going back to his time in Pittsburgh with the Steelers to his now stint with the Patriots. Just yesterday Brown was a member of the Oakland Raiders after him and the team seemingly squashed a beef that they had as a result of Brown getting into a heated discussion with General Manager, Mike Mayock, at practice.

For those who need a refresher of the timeline of events that have transpired for Brown over the last few years here it is.

January 2017, Brown violated the league policy by live streaming the locker room after beating the Kansas City Chiefs 18-16. He was fined for his actions, but he maintained that there was no bad blood between him and the team.

December 2018, Brown got into it with QB Ben Roethlisberger at a team practice that resulted in Brown throwing the ball at Roethlisberger and then skipping the remaining practices that week. This was followed by a very public back and forth between Brown and the Steelers.

February 2019, Brown took to social media to thank the Steelers and state that it was time to move on.

March 2019, the Raiders sent a third and fifth round pick to the Steelers for the two-time NFL receiving yards leader, Brown.

August 2019, after being cleared to practice after sitting out with frostbite in his feet, Brown was holding out as a result of not being able to wear the helmet of his choosing. There was some back and forth with this as well between him and the Raiders.

September 4, 2019, Brown settled on an approved helmet. However he posted on social media the specific fines that he was given for the whole helmet situation. This played a role in his heated exchange with GM Mike Mayock this week, where he called Mayock a racial slur in front of teammates and coaches.

Now we’re in the present and many eyes in and around the NFL are wondering how AB will fare in New England, with the defending Super Bowl Champions.

Before you take a stab at how the rest of Brown’s career will go, it’s worth considering the state of the 31-year-old wide receiver’s well being.

Anybody who knows football knows that wide receivers have a reputation of being divas. It doesn’t matter whether it’s on the high school, collegiate or professional level.

As a matter of fact, in college one of my friends was a wide receiver on the football team and he confirmed it.

Because of this reputation of being divas, wide receivers’ erratic behavior often gets swept under the rug as commonplace. However with Brown it’s very likely that we’re dealing with something that doesn’t hold much precedence in the NFL, mental health awareness.

With all due respect, in Brown’s case his behavior has been borderline Bipolar as well as sociopathic. The live streaming in the locker room demonstrates sociopathic behavior because to be aware of such league rules and defy them in a social setting is showing a lack of social awareness.

Brown consistently claiming he has a very in tact relationship with a higher being on his social medias but simultaneously getting in shouting matches with teammates, coaches and management at practices shouting expletives contradicts each other. Being in good spirits then expressing grievances the next also contradicts each other. Needless to say this demonstrates mood changes on a regular basis, also known as bipolar disorder.

Brown could possibly have type 2. Now this isn’t a foregone conclusion, but it’s just a possibility.

Whether or not Brown has ever considered that his mental health might not be in good shape is something only he and his close ones would know, but if he does ever question this do you think he would feel comfortable opening up about it? In a league that doesn’t speak up about mental health, chances are, no.

“Prior to going to therapy, I never wanted to do it,” said 23x Olympic Gold Medalist Michael Phelps. “It wasn’t something I wanted, to go sit on a couch and have a conversation. I was always somebody who tried to find ways myself to do it and was very stubborn for a long time and had a hard time communicating.”

Now in 2019, we’re shredding the stigma of speaking up about mental health awareness, piece by piece. Thankfully, others have followed behind Phelps. NBA Champion Kevin Love, 4x NBA All-Star Demar Derozan, NCAA champion Jay Williams as well as 6x Pro Bowler Brandon Marshall have spoke up about their mental health, just to name a few.

This is a trend that will be for the betterment of all athletes worldwide. After all we all have this thing in our heads that we call a brain, and depending on our individual life experiences it takes more to maintain it for some of us than others, emphasis on the athletes. Although some athletes are speaking up now the numbers don’t compare to everyday people who talk about it.

In Brown’s case it will take even more courage because as mentioned the NFL isn’t very versed when it comes to this particular subject. This doesn’t mean it’s impossible though. Sorry to sound like a broken record by comparing the NFL to the NBA but perhaps Roger Goodell should take a page out of the NBA’s book when it comes to how Adam Silver and the NBA have embraced mental health awareness. NBA players not only feel comfortable talking about it, but the NBA now has a whole mental health campaign called Mind Health-NBA Cares.

Although the Patriots are known for dealing with/straightening out difficult players, Brown’s mental health isn’t something that should be brushed under the rug, no matter how well he fits in with the Patriots’ scheme.