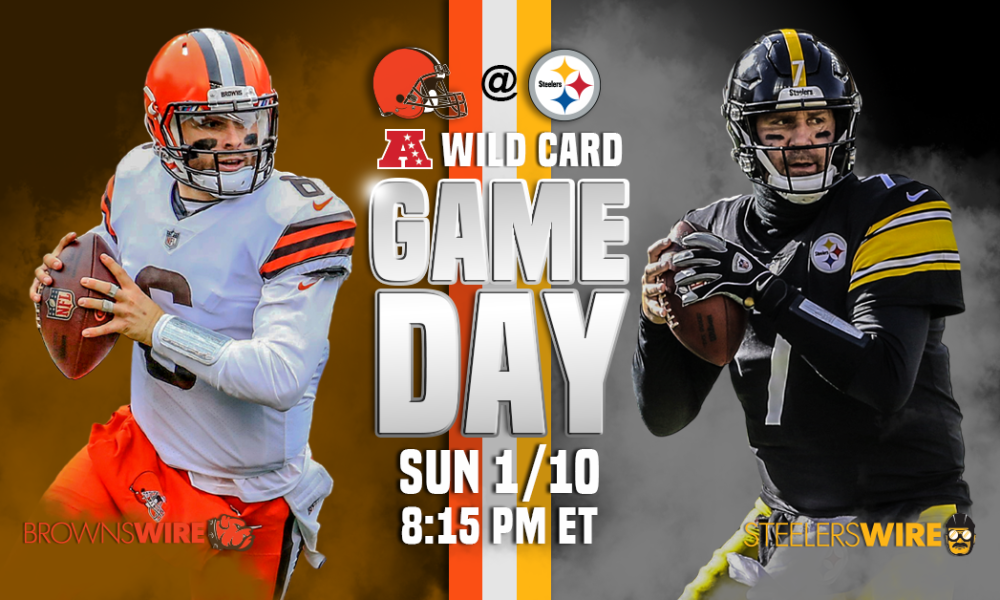 Tonight on prime-time Sunday Night Football, playoffs edition, the Browns will head two hours east and take on the hated Pittsburgh Steelers. It is the Browns first playoff appearance since 2002, and they haven’t won a playoff game since 1994. Not only are the Browns on the road, and a heavy under-dog, they will be without some key pieces on Sunday Night. Head Coach Kevin Stefanski will be watching the game from home, as he tested positive for COVID-19 and will miss Sunday’s game. Special Teams coach Mike Priefer will be the acting head coach, and offensive coordinator Alex Van Pelt will call plays.

Along with Stefanski the Browns are without pro-bowl left guard Joel Bitonio, and pro-bowl cornerback Denzel Ward. Joining Ward and Bitonio of the COVID-19/Reserve List are cornerback Kevin Johnson and wide receiver KhaDarel Hodge.

However, the Browns did get some good news yesterday. Wide Receiver Donovan Peoples-Jones cleared the NFL’s concussion protocol and should be good to go for Sunday Night. On top of that the Browns activated three players from the COVID-19/Reserve list in safety Ronnie Harrison Jr., tight end Harrison Bryant, and linebacker Malcolm Smith.

On top of all that the Browns still have seven players listed as questionable. Star right guard Wyatt Teller is questionable with his nagging calf injury, cornerback Terrance Mitchell is also listed as questionable for a non-injury related reason. No one really knows what the reason is but during the week Stefanski said he, “doesn’t have any sense if Mitchell will play on Sunday or not.” Right Tackle Jack Conklin is also questionable on an offensive line that is in shambles right now. Myles Garrett, Sheldon Richardson, and M.J. Stewart are also questionable, but should play tonight.

The Browns will step on to Heinz Field as six point underdogs, which is alarmingly low considering all of the Browns injuries, and illness’. However, you know what they say, anything can happen on any given Sunday!

As usual I will be live-blogging the game so you can follow all the action on here! Any big plays, scores, injury news, or anything else around the league will all be updated right here. It really might take a miracle for the Browns to beat the Steelers on Sunday Night. However, like I said, anything can happen on any given Sunday!

Keys to the Game: Ravens vs. Titans
Browns Shock the World and Beat Rival Steelers 48-37 for their First Playoff Victory since 1995!