Browns head coach Kevin Stefanski wins AP Coach of the Year on Saturday at the NFL Honors, the first Browns HC since Forrest Gregg in 1976 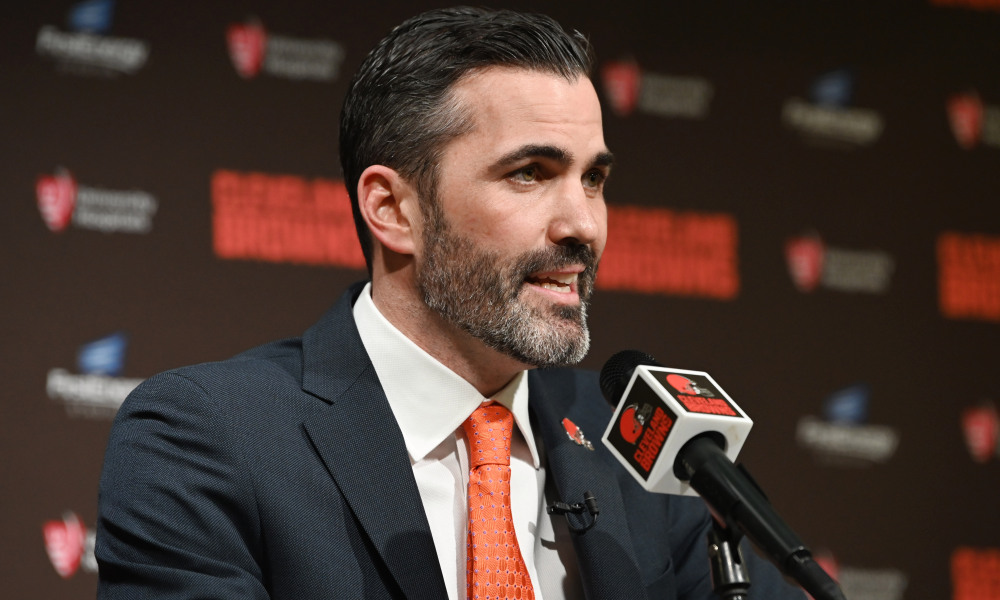 Browns head coach Kevin Stefanski wins AP Coach of the Year on Saturday at the NFL Honors, the first Browns HC since Forrest Gregg in 1976

After notching an 11-5 season, the first winning season for the Cleveland Browns since 2007, head coach Kevin Stefanski took home the award for AP Coach of the Year on Saturday.

It has been a coaching carousel in Cleveland for the last two decades. It’s been 44 years since a Browns coach took home the award, the last being Forrest Gregg to do so in 1976. This makes Stefanski and Gregg the only two Browns head coaches to win the award in the Super Bowl era.

“My name may be on this award, but I think this speaks to the amazing support that I get day in and day out from my coaching staff on the Cleveland Browns. I’m very glad I don’t have to do this by myself,” Stefanski said in his brief but meaningful speech upon his reception on Saturday. Stefanski also thanked his players, stating  “…it helps to have good players. I appreciate how they worked every single day week in and week out how they fought.”

After blowing out the Pittsburgh Steelers 48-37 in the Wild Card round, Cleveland fell to the Kansas City Chiefs in the Divisional Round 22-17.

With the talent around the team, and Stefanski’s ability to rally them after losing Pro Bowl receiver Odell Beckham Jr., there is a high likelihood that this is not the last time he will be in talks for the award, and this will be just the first of many playoff runs for the Cleveland Browns.

Super Bowl Press Conference: Tyrann Matheiu & William Gholston
The Blueprint Is Out On How to Beat the Chiefs, So Who Will be the NFL’s Next “Generational” Coach