Statement Made! Browns Pour it On Titans in First Half, Hang On to Win 41-35 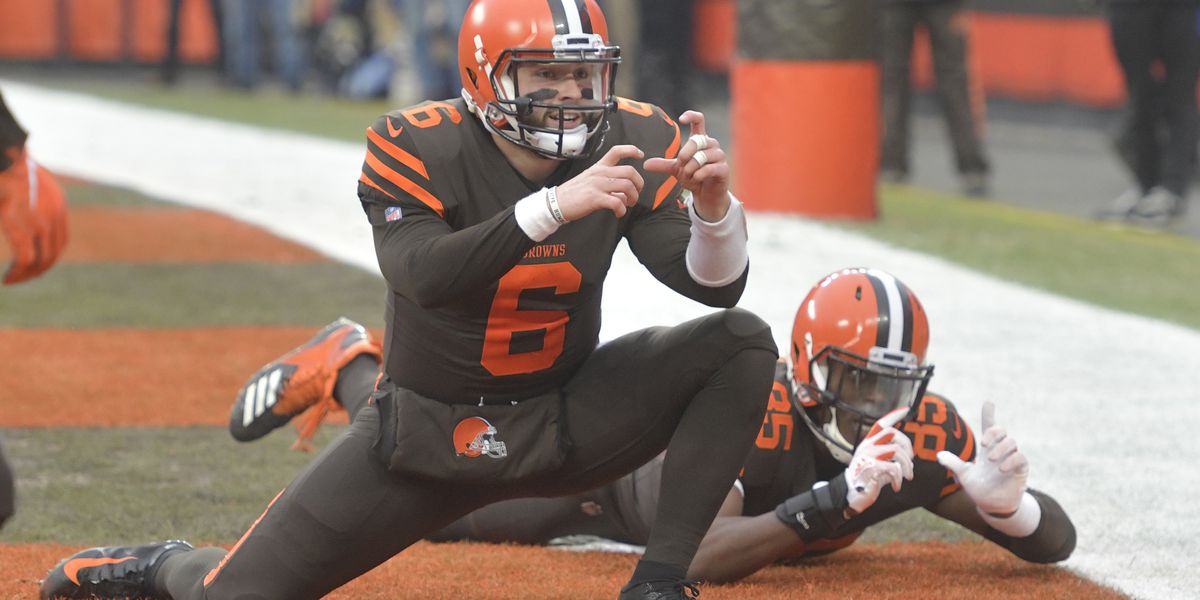 The narrative surrounding the Browns this year is that they are an average team, who is beating bad opponents. That narrative isn’t necessarily wrong if you look at it. Before Sunday, the Browns were 8-3. They Browns have beaten Cincinnati this year twice (2-9-1). Along with that they have taken it to the Washington Football Team (4-7), Dallas Cowboys (3-8), Indianapolis Colts (8-4), Houston Texans (4-8), Philadelphia Eagles (3-8-1), and the Jacksonville Jaguars (1-11). They have lost to the Ravens (6-5), Steelers (11-0), and the Raiders (7-5). The critics sure did have a point.

Going into Sunday afternoon’s game, many fantasy experts, and football analysts, predicted this game would be won on the ground, and the big story was the match up of Kareem Hunt and Nick Chubb versus Derrick Henry. However, boy were they wrong. The Browns beat the Titans on Sunday 41-35, to improve their record to 9-3, and assure themselves a winning season, at the worst.

The first half was all Browns. They opened scoring with an 8-play 66-yard drive that ended in a Cody Parkey field goal. On the Titans ensuing possession, Derrick Henry was stuffed at the line of scrimmage, and after review, the Titans turned it over on downs. The Browns took full advantage, and drove the ball 59 yards down the field in 9 plays that ended with a Mayfield touchdown pass to Jarvis Landry.

With the Browns leading 10-0, the Titans needed an answer on the ensuing drive. Unfortunately, on the first play, Derrick Henry fumbled the ball, and it was recovered by Browns safety Karl Joseph. After the turnover, Mayfield took the Browns down to the Titans 1. On third and one from the one, Mayfield hit eligible tackle Kendall Lamm in the end zone for a touchdown. Some more trickery from Cleveland! You know what you get when you get a Big Man Touchdown: A Big Man Touchdown Dance (Lamm’s: D-).

The Titans finally got on the board on the ensuing possession. Using only four plays to cover 74 yards, Ryan Tannehill hit Corey Davis in the end zone for a Tennessee touchdown!

The Browns quick strike offense was let loose on the ensuing possession after the Titans touchdown. On the first play from their own 25, Mayfield rolled right and hit a wide-open Donovan Peoples-Jones for a catch and run touchdown! The Browns now led 24-7.

After a three and out from the Titans the Browns wasted no time getting back on the scoreboard. Mayfield led the Browns on an 11-play 90-yard drive that was capped off with a Mayfield pass dropped in the bucket to Rashard Higgins in the end zone.

Just before half time the Browns punched their ticket to the end zone once more. This time it was a Nick Chubb one yard touchdown leap that gave the Browns a 38-7 half-time lead. The Browns 38 points in the first half was the most in franchise history.

The second half was a different story. After leaving the locker room, the Titans went down the field in three plays, ending with a Tannehill touchdown pass to MyCole Pruitt to give the Titans a glimmer of hope.

The Browns went three and out on their next possession, and things were getting dicey for the Browns in Nashville. Ryan Tannehill drove the Titans down the field and eventually hit A.J. Brown at the one. As he stretched for the goal line, Brown fumbled, but it was recovered in the end zone for a touchdown for MyCole Pruitt. The Browns lead was now 38-21. The whole city of Cleveland was sitting on the edge of their seats. However, a Cody Parkey 43-yard field goal eased the nerves for some folks around the city.

Trailing 41-21, the Titans started their drive from their own 25. 12 plays into the drive, Tannehill was picked off by Browns substitute defensive back M.J. Stewart. His first career interception. However, the Browns did nothing with the ball after the turnover, and punted it back to the Titans.

Still trailing 41-21 the Titans marched down the field in 15 plays, and concluded it with a score by Jeremy McNichols. Still with just over a minute left, the Browns were comfortably in the lead 41-28. However, on the next Browns drive, Mayfield was trying a quarterback sneak on fourth down, and lost control of the ball. It was recovered by Titans safety Kenny Vaccaro, who took it all the way down to the Browns 13. Kareem Hunt made a touchdown-saving tackle, and without that, this game’s ending could have been much different.

With 20 seconds left in the game, Tannehill hit Cameron Batson for a touchdown, but it was too little too late for the Titans, as the Browns recovered the ensuing onside kick. Baker Mayfield snapped the ball and victory formation, and when the clock hit all zeroes, the Browns hung on to beat the Titans in Nashville, 41-35.

Ryan Tannehill had a terrific day throwing the ball, he went 29-45 for 389 yards, three touchdowns and one interception. Not one to be outdone, Mayfield was also excellent today going 25-33 for 334 yards and four touchdowns. On the ground Nick Chubb was 20 yards shy of 100, on 18 carries, to go along with his lone touchdown. Kareem Hunt was also bottled up mostly, only carrying the ball 14 times for only 33 yards.

Nobody was more frustrated and bottled up on Sunday than NFL leading rusher Derrick Henry himself. On the day he had 15 carries for only 60 yards and no touchdowns. The Browns did an excellent job keeping Henry in check, as his longest run was only 10 yards.

Rashard Higgins, Jarvis Landry, and Donovan Peoples-Jones all had a receiving touchdown in this game. Higgins was the star, catching 6 balls for 95 yards to go along with his touchdown. Corey Davis, the deep play threat out of Western Michigan, had a huge day. He caught 11 passes for 182 yards and a touchdown.

On the defensive side of the ball, Myles Garrett, Larry Ogunjobi, and Malcolm Smith all recorded sacks. M.J. Stewart had the lone interception. Finally Kevin Johnson and Karl Joseph both recovered fumbles to help secure a Browns win.

Next Sunday the Browns will play in another huge game. This time they will be facing division rival Baltimore Ravens, who will look to take out some anger on the Browns after the Ravens recent skid. The Titans will look to get back in the win column when they travel to Jacksonville this Sunday.

All in all it was a wonderful day to be a Browns fan. We had a victory Sunday, which means only one thing: a victory Monday. The Browns remaining schedule features home games versus division rivals Baltimore and Pittsburgh, along with two trips to New York to play the win-less Jets and the surging Giants. We will update Browns news, injuries, and press conferences throughout the week. Enjoy this one today Browns fans, because when they hit the practice field Monday, all eyes will be on the reigning MVP Lamar Jackson and the Baltimore Ravens.