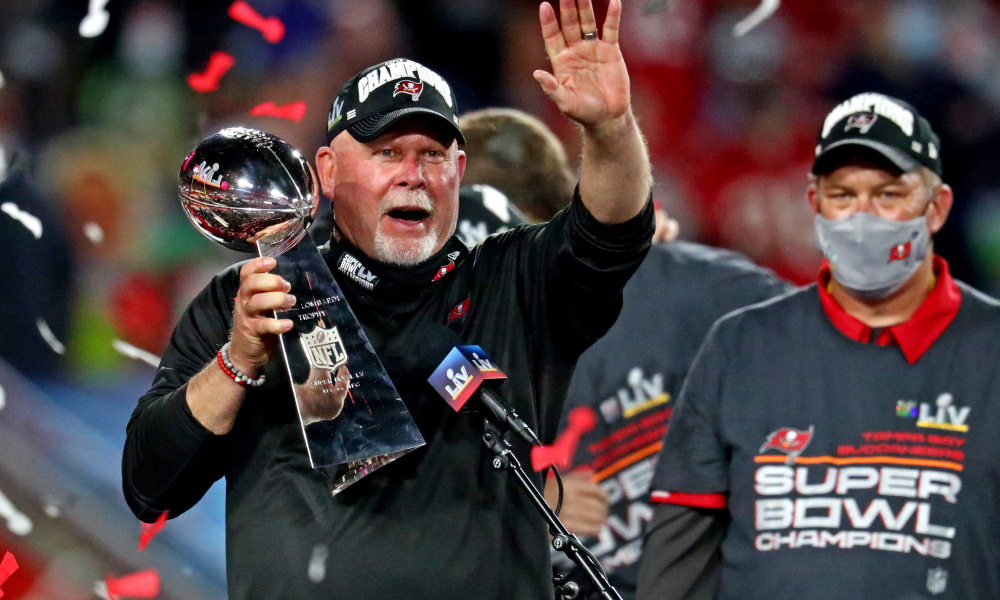 As tensions elevated heading into this Sunday, Super Bowl LV’s marquee matchup between the Kansas City Chiefs and Tampa Bay Buccaneers had everyone on edge, primed for a historic showdown.

Quarterbacks Tom Brady and Patrick Mahomes were no strangers to this game, with each player looking to add another Lombardi Trophy to their already mind-blowing resumes.

This was Brady’s 10th Superbowl appearance, the most in NFL history, while Mahomes returned for just the second time in his short career after capturing his first championship over the San Francisco 49ers last year.

It goes without saying that the outcome of this game has become a crucial component in the inevitable Brady and Mahomes G.O.A.T discussion, but they were not the only one with legacies on the line this past Sunday.

Bruce Arians, head coach of the Tampa Bay Buccaneers also returned to the big game for the third time in his career.

After two appearances with the Steelers as an offensive coordinator (2008 & 2010) and going 1-1, Arians was able to capture his first championship in a head coaching position.

Arians was seemingly confident heading into Sunday’s matchup with high faith and praise for his quarterback.

“I think the great quarterbacks have the ability to will themselves on to other people, to make sure people buy into the cause, and that cause is a ring,” said Arians in a press conference. “Tom brings that attitude every day, and it permeates through the locker room.”

When asked if this was always the goal for the Bucs, Arians referenced the day he was informed the franchise had acquired the veteran quarterback, “I thought it was possible and that was our goal because I knew how good of a football team we had and what we were missing, and we were missing the belief that we were good enough.”

The last time Tampa Bay won a playoff game dates back to 2003, when the Bucs won their first Super Bowl and Jon Gruden was the head coach of the team.

Nearly 18 years later, Bruce Arians has done the same and brought glory back to the city of Tampa, gifting them their second championship in franchise history.