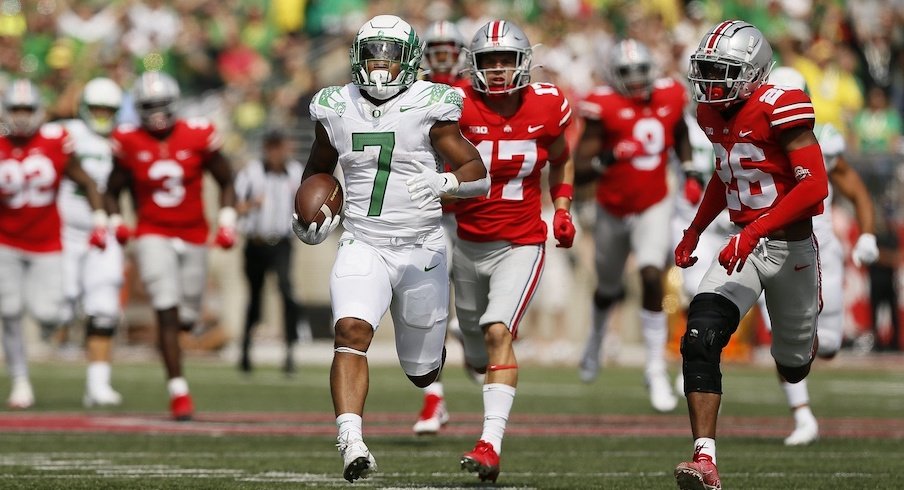 On Saturday, every team had their chance to show us who they really were. Sunday, the AP Poll told fans how their rankings shaped up. Finally, on Mondays, from now until the end of the season, the BSP power rankings will be updated right here on Back Sports Page. The AP hasn’t sent me a ballot yet, but if they did, here’s how it’d fill out.

No surprises here. The Tide were able to reload their roster after sending a huge chunk of their talent to the NFL. The addition of Tennessee transfer Henry T’oto’o on defense as well as electric play from Bryce Young on offense shows that this years squad is just as talented as any other. As it stands now, Alabama is the team to beat.

I’ll be the first to admit I was skeptical at best about Georgia this year. It seems Georgia goes into each season with a monster recruiting class and is ranked as one of the top teams in the nation until the offense sputters out and the Bulldogs eventually lose to a team they really shouldn’t. That’s not this year’s Bulldogs, at least not yet. After one of the most impressive defensive performances in years against Clemson, Georgia simply took care of business against UAB, even with the ever-volatile Stetson Bennet IV at QB. As of now, Georgia has the best defense in college football, and this Georgia team is a scary one to have on the schedule this year.

The Hawkeyes may not be ranked this highly come the end of the season, but in week 2 Iowa planted their flag in the ground and told the college football universe to watch out. Pulling away from a ranked Indiana team at home and then taking down a top 10 Iowa State on the road says everything we need to know about this Iowa team.

The biggest story coming out of Columbus wears green. Utilizing a dominant run game and capitalizing on the growing pains of CJ Stroud in a new Buckeye offense, Oregon held steady throughout the entire game in one of college football’s toughest environments. Expect to see Oregon up here in the rankings for weeks to come as they don’t play another ranked opponent until they face UCLA on October 23rd.

A team that struggled to find their footing against Tulane at home, the Sooners seem to have gotten things organized in Norman as they trashed WCU 76-0. I still have a lot of questions about this team and preseason Heisman favorite Spencer Rattler, but for now, they remain in the top five.

Next Week: At Indiana

Next Week: At West Virginia

Next Week: At UNLV

Next Week: At Fresno St

Next Week: At Buffalo