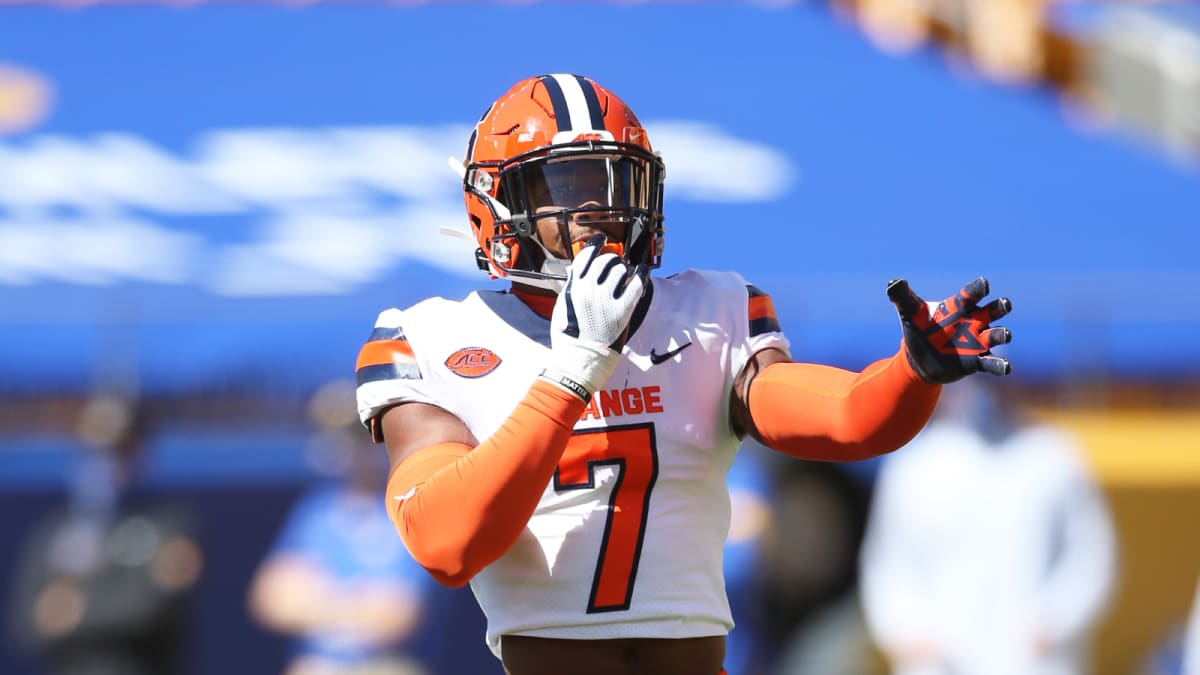 It’s Draft Week, and here at Back Sports Page we are wrapping our final analysis of the prospects to watch in the 2021 NFL Draft. Today I’ll be breaking down the best player at each position from the ACC.

Lawrence has been deemed the number one pick since he stepped on campus at Clemson. He won the National Championship as a Freshman, as well as three ACC Titles. Lawrence threw for 3,153 yards and 24 touchdowns in his Junior season at Clemson. Lawrence is a proven winner going 34-2 as a starter. Lawrence has all the tools and talents to be the franchise player at any organization in the NFL—in this case it is the Jacksonville Jaguars.

Etienne was Lawrence’s running mate in the backfield at Clemson, Etienne had great production all four years while at Clemson. His blazing speed and ability to catch out of the backfield is what makes Etienne one of the best in the draft class, and the best in the ACC. Etienne can be a every down back in the league and will have great value getting picked early on Day 2.

The Wide Receiver position in the ACC doesn’t have the big-name guy in this year’s draft, but since there’s no Justyn Ross this year (maybe in 2022), Dazz Newsome is the next guy on the list. Newsome stands at 5’11” 190 pounds, a bit undersized for an outside Wide Receiver, but if you’re looking for a slot receiver Newsome is your guy. Surratt is the opposite, doesn’t have that top end speed like Newsome or Amari Rodgers, but can be that outside receiver to catch those 50/50 balls.

Jordan is easily the best Tight End in the conference, at 6’3” 245 pounds Jordan is the prototype Tight End that the league has gravitated to now. Jordan reeled in 38 catches for 576 yards and seven touchdowns in the 2020 season. Although on the board its Kyle Pitts and everybody else, Jordan is a great pass-catcher and just a good enough blocker to be a three-down Tight End.

Christian Darrisaw came in at Virginia Tech from day one and never missed a start. Darrisaw is excellent in pass blocking with his 6’5” frame and will hear his name get called on Thursday night. Darrisaw doesn’t always finish his blocks in the run game, but the NFL will make sure he gets a little nastier.

Phillips is projected as a first round pick, Phillips has the size and length to be a great edge rusher. 6’5” 266 pounds, Phillips started out at UCLA before transferring to Miami and a semi-retirement from football due to an array of injuries. Phillips can be a starter in the league, but his injury history is a major concern.

McNeill is a very athletic Defensive Tackle that uses his brute strength to be very disruptive against the offensive lineman. His production grew overtime throughout his career at NC State. McNeill is a possible Day Two pick that will probably start off as a rotational player.

JOK is one of those hybrid players where he could be a linebacker, but other teams look at him as a safety. Listed at 6’1” 221 pounds, he’s the best linebacker prospect in the conference because of his versatility. JOK is great in coverage, and can bring his hard hat in the run game as well.

If it wasn’t for Farley’s recent procedure on his back, he would be the best corner in the draft. The 6’2” 207-pound Cornerback sat out the 2020 season due to COVID-19 has great ball skills, and great closing speed when he opens his stride. The medical side is what’s really concerning for Farley that may cause him to slide.

Cisco is a day three guy with a Safety class that is not that deep this year. He has the frame of an NFL Safety and is very athletic, he’s not the best in man coverage, but in the right system Cisco could potentially go from rotational to a possible starter within three years.

That’s all for the ACC! Let me know what you think of these prospects or if I missed anyone! My Twitter is @iam_MSanders_

The Man to Man Podcast Episode XXV: Are The Browns the Best Team Ever?
Marthony Sanders’ Mock Draft