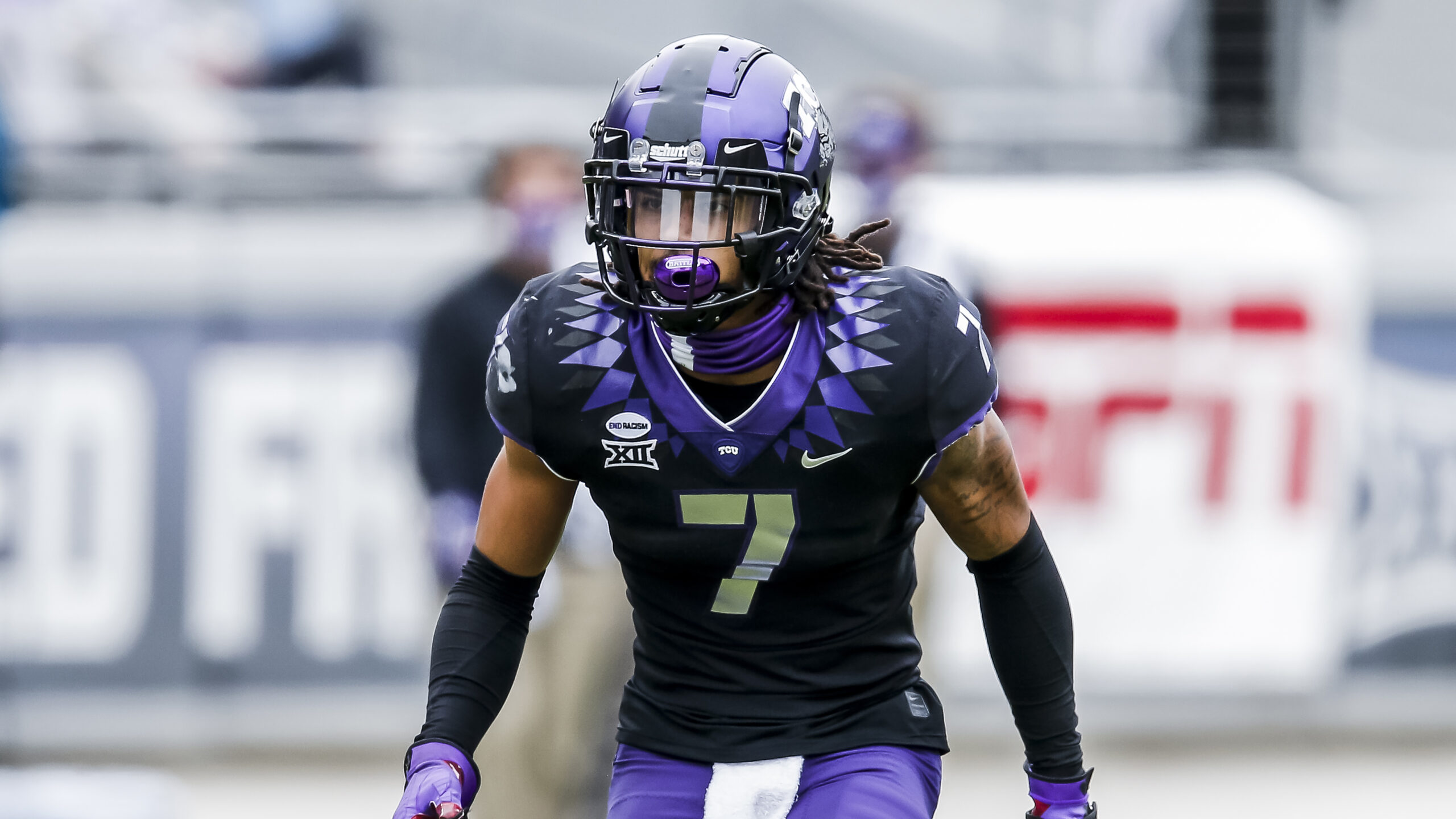 As we approach the NFL Draft, it is time to do our final analysis of the prospects to watch for that could be taken. Today, I’ll be breaking down the best player at each position from the Big 12. Let’s go!

Ehlinger is the only Big 12 QB entering this year’s draft. Many people question his ability to play Quarterback at the next level, and many see him as a Taysom Hill-type player, where he will be brought in to do a little bit of everything. He is a powerful and competitive ball-carrier, and is never afraid to put his body on the line. He makes up for his below-average arm strength by understanding the passing concepts and anticipating where his receivers are going to be. Expect a team to take a shot on Ehlinger in Day 3 of the draft, to see if they can develop him into a solid backup.

Hubbard was the talk of the town last season before the draft, so it was surprising to say the least to see him return for his senior season, and it ultimately hurt his draft stock. Hubbard is the biggest name of the Big 12 RBs, and has a very impressive saltine to prove it. On his total 585 carries in 2.5 years, Hubbard accounted for 3459 rushing yards and 33 touchdowns, along with 53 receptions for 479 receiving yards and three touchdowns. Expect Hubbard to go off the board in the second round, and become a rotational piece in a team’s backfield.

Wallace has always been the second option behind Hubbard, but he provided a second weapon that the defense had to worry about week in and week out. Wallace lacks game-breaking speed, but still finds ways to get open downfield. He is very physical when going for the ball, and has footwork that will put defenders on skates. In his four years with the Cowboys, Wallace racked up 205 catches for 3434 yards and 26 touchdowns. He might be a tad undersized for a starting Z receiver, he stand 5’11” and 193 pounds, but everything about him points to success in the NFL. Wallace should be taken early in the second round.

Tight end remains one of the thinnest positions in the draft, and the Big 12 is not going to be the the place to find a starter. Soehner is one of the few TEs coming out of the big 12 this year, and he is the best of that bunch. In four years at Iowa State, Soehner had 26 catches for 312 yards and a lone touchdown. Standing 6’7″, 272 pounds, Soehner is a fantastic blocker, who should find a home sometime in Day 3, where he can become a solid TE3 on a roster.

This year, the Big 12 has produced not one, but two standout tackles. Jenkins is expected to go in the first round in most mock drafts, while Cosmi has ranged from the late first to the early second, so Jenkins will receive the pick in this article. Jenkins stands 6’6″, 320 pounds, and possesses all the traits of a cornerstone linemen in the NFL. Cosmi stands 6’7″, 309 pounds, and also projects to succeed in the NFL, but must do a better job of not over-extending into blocks, but that is an easy fix for an NFL coach to make. O-linemen have been the staple of the Big 12’s production for many years now, and this year’s draft is no different with Jenkins, Cosmi, and our next player all projecting to be starters for a long time in the NFL.

Humphrey stands 6’5″, 312 pounds, and I love everything about his game. He is a fundamentally-focused lineman, setting a wide base, and bending his knees to remain balances. Humphrey fires into blocks and stays square. Finally, he keeps his feet moving, and can slide in space and displays good blocking range. Humphrey looks like he could be the next coming of Ryan Kalil, the five-time Pro Bowler from the Panthers. Expect Humphrey to go in the first round, if not the very beginning of the second round.

A projected second round pick, Perkins aims to bounce back from the failed drug test from a little more than a year ago. Perkins missed the start of the 2020 season, but when he returned, he brought back his explosive play style for the Sooners. Perkins processes game-impacting explosiveness. He is fast off the edge, can change directions on a dime, split through double-teams, and is nearly as fast laterally as he is vertically. His only issues are the character issues that need to be addressed, and his size. 6’2″, 253 pounds is a little small for an NFL Defensive End, but the potential Perkins holds is too good for teams to pass up on.

The 6’3″, 290 pound-Texas product is best in the class from the Big 12, but is not getting much traction from NFL teams. Graham has all the athletic abilities to compete with the physicality of the next level, however he runs into some issues that will cause problems for him in the NFL. Graham’s move-tree is very limited, and once a lineman figures out his moves, he gets tied up in blocks often, and has a hard time beating a single blocker. For these reasons, Graham is projected to he a Day 3 pick, but I feel he possesses a ceiling that is worth taking a shot on him.

Ossai is one of the more interesting prospects in this year’s draft. At 6’4″, 253 pounds, Ossai projects to be more of an EDGE rusher at the next level. He is an intense pass rusher who impacts the game in a bunch of ways. Ossai fires up the field, bends off the edge, and does not lose his momentum when altering his angle of attack and is a disruptive force on the field. He projects to be a late first-early second round pick, and whichever team drafts him is getting an absolute steal for the price they pay for him.

A threat in the kick return, and a feisty corner, Brown looks to elevate his talent to the next level. He has good ball skills, quick-flipping hips, and has an explosive burst off the snap. He reads the play well and defends against the run and screens well. Brown’s only issue is that he stands 5’9″, 185 pounds, very small for an NFL Cornerback. He could be used in Dime packages, but he will definitely make an impact in the return game. Brown projects to be a Day 3 pick.

Finally, we end our review of the Big 12 with Moehrig, who is almost the unanimous number one ranked Safety in the draft class. A projected first round pick, Moehrig stands 6’0″, 202 pounds, and is a tough, instinctive safety who displays solid ball skills. He is quick and fluid when pedaling in reverse, and does a good job of keeping the action in front of him. Moehrig is also a dominants Special Teams player, which only adds to his value in this year’s already thin class.

That’s all I have for today folks! Feel free to let me know on Twitter what you think of these prospects, or if you think I missed someone! My Twitter is @THB315

Matisse Thybulle and the Quest for All-Defense
FCS Play-Off Preview: First Round