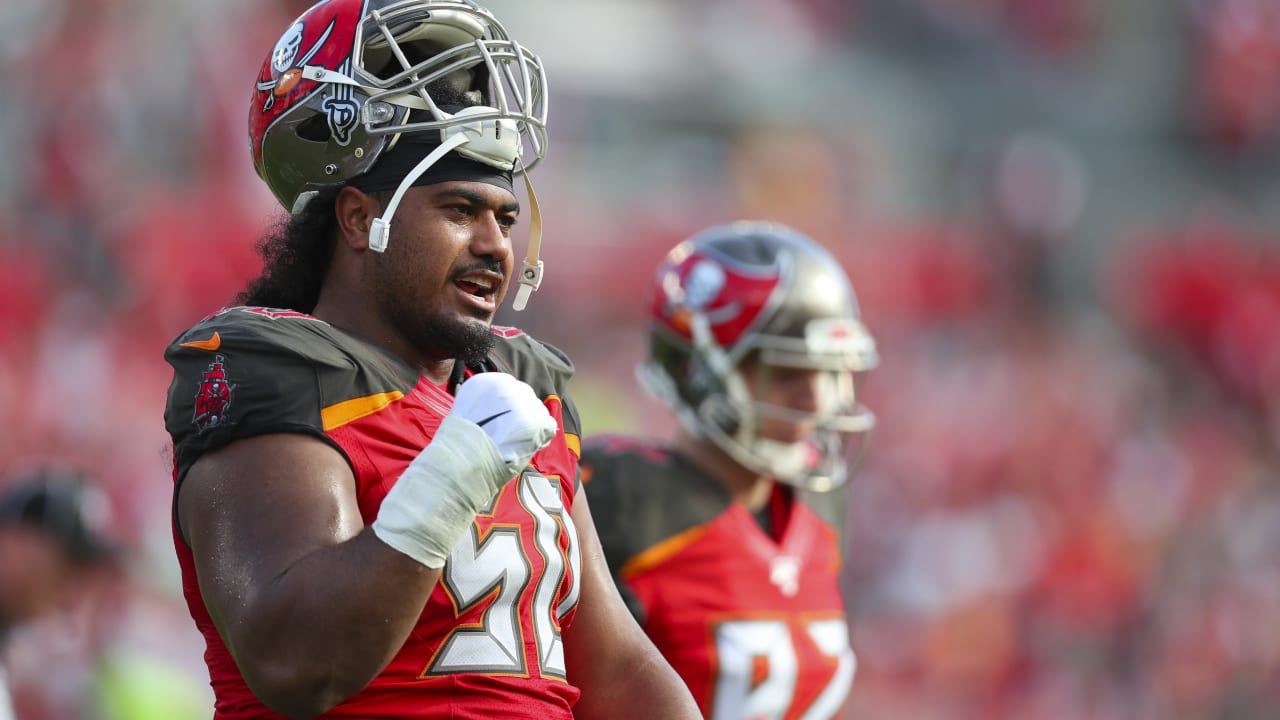 Last season was an underwhelming one for the Bucs. It may sound over-critical but the expectation for any team with Tom Brady on it, is Super Bowl or bust. The offense only got better throughout the year, but the unit won’t look quite the same this season. The defense on the other hand was riddled with injuries throughout the year but finished strong, ranking fifth in the NFL via Pro Football Reference.  With some new pick-ups and players getting back healthy, let’s preview the Bucs for the upcoming season.

Russell Gage – In the 2020 season, Gage was the WR3 behind Julio Jones and Calvin Ridley. He had his best season in his young career that year, racking up 786 yards and four touchdowns on 109 targets. Needless to say, he finds ways to be productive without the spotlight.

Akiem Hicks – Veteran and former pro-bowler, Hicks has been the focal point of the Bears defensive line for years. Even though he is 32, Hicks can still be valuable. The Bucs will be expecting Vita Vea to be the star on this D-line so Hicks will have the opportunity to have one of the best years in his careers.

Julio Jones – Former divisional rival, Julio Jones was a surprising signing for Tampa Bay. He’s been banged up the last two seasons and the Tennessee experiment didn’t work out too well, but with not much expectation and a better QB, we could see a rejuvenated Julio Jones.

Rob Gronkowski – The all-time great TE has hung up his cleats…for now. Gronkowski was crucial in Tampa’s Super Bowl, and was even one of the better blocking TE’s in the league towards the end of his career. I have a hunch we haven’t seen the last of Gronk. If the Bucs look ready to win when the playoffs come around, he could come out of retirement for another ring.

Alex Cappa – The biggest change this season to the Bucs, has to be their offensive line. Cappa landed in Cincinnati on a four-year $35 million contract, leaving Tampa to fill a hole on that offense.

Ali Marpet – Marpet was a surprising retirement. At 28, he was the Bucs longest tenured lineman. Playing center and both guard positions, he brought a lot of versatility to the O-line. Pro Football Reference has him playing at least 93% or more of the snaps each season he’s been in. Overall health was the concern for Marpet, which caused him to retire early.

Throughout these teams previews, we will identify the players that need to have a big season for their team to succeed. Make sure to check out the Top Impact players for the Bucs this season.

It’s obvious that the NFC as a Confrence, has gotten weaker. The AFC on the other hand is stacked. This matchup will feature two high-powered offenses. It will also be a rematch of the 2020 Super Bowl. Being midway through the season, both teams should be in full form for this bout.

The Rematch Bucs fans will be waiting for will be this game. Both teams will look a little different personnel wise, but both have high aspirations to the 2022 season. The home team should have a slight advantage, and hopefully this time, walk away with the win.

This season will be one to remember for this franchise, Tom returning, Bowles Head coaching, and the team transforming, should make for an exciting year for sure. With the bar set high, I believe the Bucs win 13 games and secure the first spot in the division. The playoffs will be a different story this year however. Could Julio Jones step up huge with the retirement of Gronk? Can Mike Evans continue his dominance and how will this defense look, are all huge questions as the season starts. This team has the talent and staff to win it all.