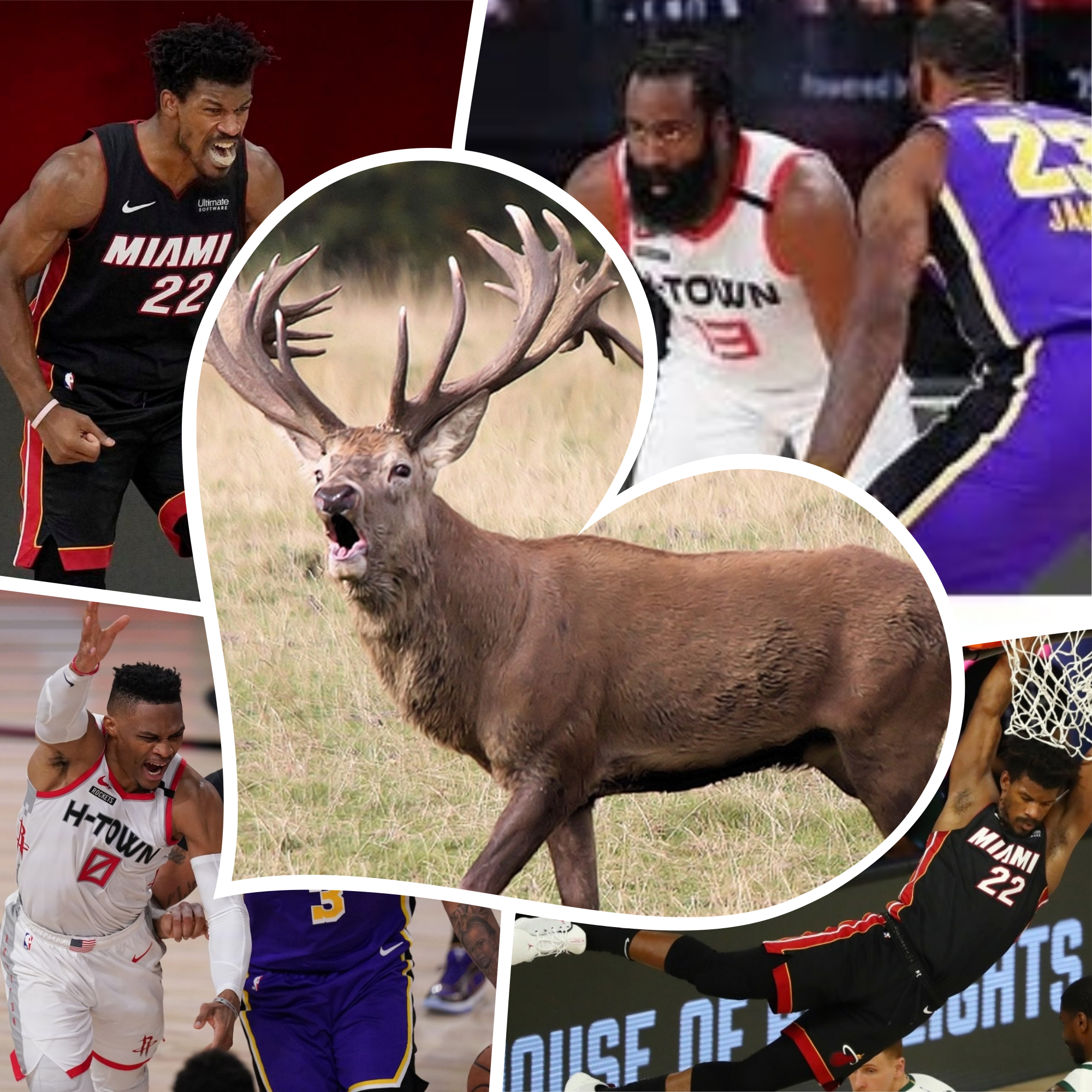 While the Denver Nuggets' Game Seven fatigue cost them against the Clippers, the Houston Rockets used theirs as momentum to beat the Lakers in Game One; meanwhile, Miami ran over the Bucks with a 40-13, pedal to the metal fourth quarter last night.

There was no fatigue factor for James Harden and the Houston Rockets last night as they took care of business against the Los Angeles Lakers, 112-97.

LIke the Denver Nuggets, the Rockets played a seven game series. That was decided two nights ago by two points against the Oklahoma City Thunder. Fatigue should have been a factor for Houston as well, one would think.

But if we look back to Wednesday night, we might recall that Harden essentially took that night off, shooting only 26.7 percent while Russell Westbrook, Robert Covington, and Eric Gordon carried the load against the Thunder. That gave Houston basically a day off while Los Angeles would be playing for only the second time in 11 days.

That lit a fuse for the Rockets as Russell Westbrook flirted with a triple double that he was so accustomed to getting as a member of the Thunder, finishing last night’s win with 24 points, nine rebounds, and six assists, while limiting his turnovers to just five. While the Nuggets blamed fatigue on their lackadaisical performance against the Clippers, the Rockets used their Game Seven as momentum.

Gordon finished with 23 on 50 percent shooting. The Rockets shot 48 percent on the night, compared to L.A.’s 42 percent, and put on a clinic in the second and fourth quarters with margins of seven and nine, respectively, including an impressive 16-3 run to start the final period and salt the game away for Houston.

As usual,Los Angeles’ reliance on Anthony Davis and LeBron James proved the Lakers one dimensional, with the duo putting up 45 of the Lakers’ points. Alex Caruso added 14 and Danny Green added 10.

L.A. got to the free throw line more often, but rebounds were a flush and the turnover and steals battles were won by the Rockets, whose small ball approach seems to be working for them for now. Head coach Mike D’Antoni has applied varying degrees of small ball in his stops at Denver, Phoenix, New York and, yes, L.A. with limited success.

But when you have people like Harden and Westbrook who are crafty enough and athletic enough to get to the rim and/or the foul line with their energy and scrappiness, it can put conventional teams on their heels.

However, the Rockets know this is only one game. The Portland Trailblazers won Game One of their last series, and were home with their families watching L.A. and Houston last night.

The Rockets don’t want to be a one-and-done like Portland.

I always got frustrated when you’d see someone hit a deer and then leave it laying out on the side of the road, without regard or respect for what they’d just done to another living being.

That same carnage played over and over in my head was the Miami Heat plowed through the Milwaukee Bucks last night with an historic 40-13 fourth quarter that erased the 12 point, 87-75 lead that the NBA’s best record had heading into the final stretch of last night’s game.

The rally was so fast and furious that the few plate numbers I got were so impressive that I failed to call them in.

R.I.P. to the Milwaukee Bucks, as no team has ever come back from an 0-3 deficit.

It’s hard to believe that Giannis Antetokuonmpo and Co. would be able to do that four consecutive games – they haven’t even shown up for the first three games.

At least the winner of the Boston – Toronto series knows who they’ll play in the next round now.

Clippers Go from Entitlement Mentality to Execution Mentality
Down to Four: These Kids Have Dreamed of an NBA Championship