Bucks’ Bright Spots for their Second Round Matchup 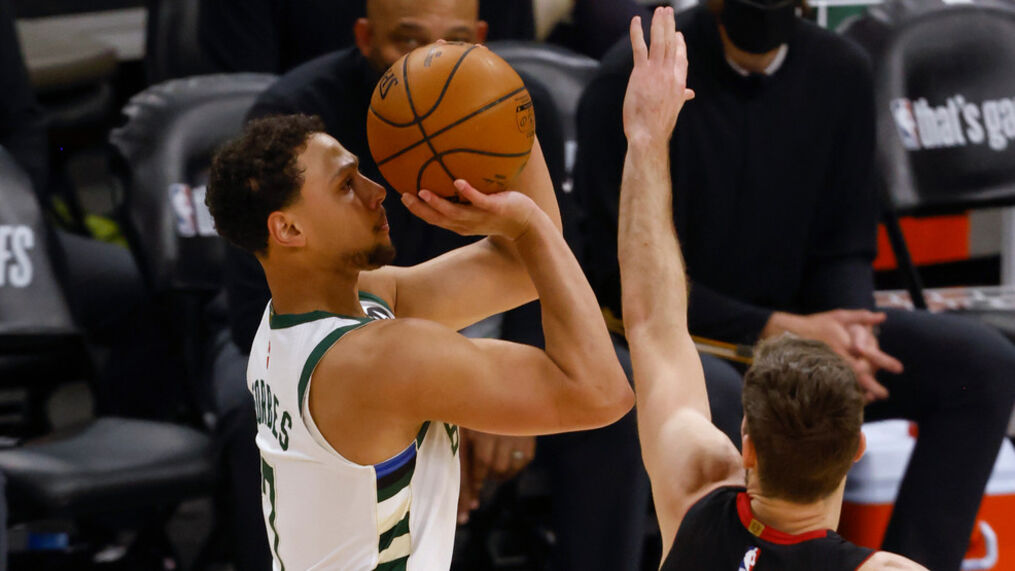 The Milwaukee Bucks get their sweet revenge on the Miami Heat from their previous playoff matchup, now winning the series 4-0. After a sluggish Game One, the Bucks outshot the Heat 48 to 28 from three-point range. Confidence should be surging in the Milwaukee locker room, but they could have a fierce matchup on the horizon with possibly the two-seeded Brooklyn Nets. Here are some promising signs from the first round that could help Milwaukee advance past the Eastern Conference Semifinals.

With the unfortunate loss of Donte DiVincenzo early in Game Three, the Bucks desperately needed role players to pick up his scoring slack. Although Pat Connaughton got the starting lineup nod, Bryn Forbes took the leap this series. Forbes, who averaged 15 points per game while shooting 48% from three in the series, outscored Jimmy Butler 60 to 58 throughout the first round.

Bryn had two 22 point game performances in the series, including seven three-pointers in Game Four. His hot shooting proved instrumental to the Bucks’ three-point reign after Game One and is one of the most significant pieces to this team moving forward.

Bobby Portis played a massive part in the Bucks’ first-round sweep as well. His post-scoring and ability to stretch the floor were highlighted plenty of times throughout the series. He averaged 10.8 points and shot 46.2% from three coming off the bench.

“[Bobby Portis] was *expletive* amazing,” said Antetokounmpo on how his teammates performed.

Both Forbes and Portis will undoubtedly get more looks in the second round due to the loss of DiVincenzo. If these incredible contributions from the bench continue, the Bucks’ chances will increase tremendously in the semifinals.

Giannis leads all players in rebounds per game and total rebounds so far in the playoffs, grabbing 60 in just four games (15.0 per game). Brook Lopez, Jrue Holiday, and Khris Middleton are all tied for 23rd in total rebounds with 27 total. The effort from the Bucks on the glass is undeniable, which could prove to be a difference-maker against their upcoming opponent in the Semifinals.

Antetokounmpo began Game Four shooting 0-6 from the floor, with his first field goal coming just over a minute remaining in the first half. The Heat would swarm Giannis on every post up or drive, causing him to take difficult and contested shots inside. Even though he struggled shooting early, Giannis still contributed a hefty amount on the offensive with his playmaking ability. Antetokounmpo dished out five assists in the second quarter and ended Game Four with a total of 15, which ties his career-high.

His playmaking early on forced the defense to respect Milwaukee’s outside shooters more in the second half, opening up the lane for Antetokounmpo. The Greek Freak dominated the Fourth Quarter scoring-wise because of this, dropping 12 Fourth Quarter points on 6-7 shooting helping seal the game for the Bucks. Knowing Giannis can dominate in other areas on offense during a scoring slump is encouraging for their next-round matchup as he has struggled with scoring in previous playoff runs.

The Milwaukee Bucks shined bright in so many areas this series. This series shows that Milwaukee isn’t afraid of any team, including the squad that eliminated them the year prior. The Bucks’ defensive dominance was vital in the first round, but it’s great to see role players step up and make plays after many Game One issues. Milwaukee will have plenty of time off before their next playoff series, in which they will face the victor of the Brooklyn Nets-Boston Celtics series.