Buescher Wins at Bristol; Who’s in and Who’s out of the Playoffs 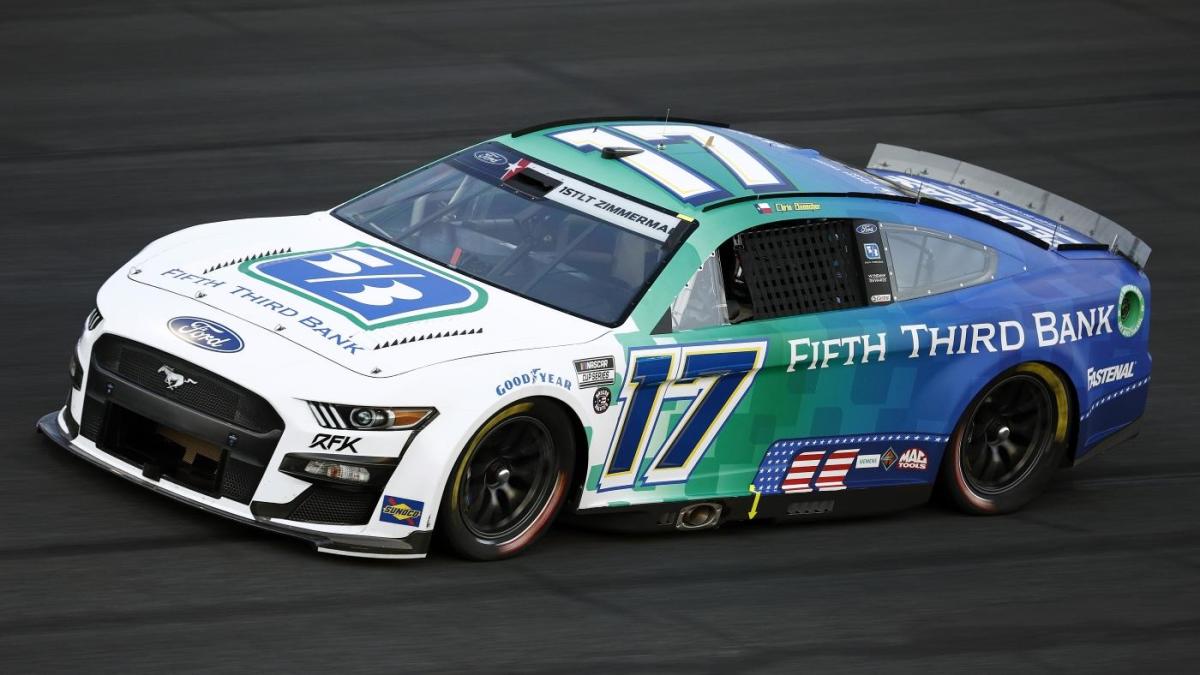 Bristol is quite possibly the hottest ticket on the NASCAR circuit. This past Saturday night, it proved once again why if you’re a racing fan, you need to go to Bristol. There was much more chaos than people had anticipated. This was the next-gen cars’ ultimate test. It didn’t disappoint but that doesn’t mean that there weren’t issues with the new car. This weekend also produced a shakeup to the playoffs and another surprise winner.

How Bristol affected the playoffs:

If you know one thing about NASCAR or motorsports in general, it’s that Bristol is a very chaotic race. This past weekend there was no shortage of chaos throughout the Bristol night race. Bristol is a race of attrition, for both man and machine. It didn’t take long for Bristol to take its anger out on a playoff driver. Austin Cindric would have a flat right front tire on lap 84, which would be the third flat tire already in the race, all coming from Ford’s. Just six laps later, Cindric’s teammate and fellow playoff driver, Ryan Blaney, would also have a flat right front tire and slam into the wall. There were obvious signs of tire falloff very early in the race.

On lap 235, Joe Gibbs Racing driver Denny Hamlin would also have a right front tire issue and would bring out the caution. Hamlin would be lucky as no further damage would happen to his car. Hamlin’s JGR teammate and fellow Toyota driver, Kyle Busch, would have the engine expire later on lap 270. This would ultimately be the end of Busch’s championship hopes. The very next restart would cause even more chaos for the playoffs. Trackhouse Racing’s Daniel Suarez, Richard Childress Racing’s Austin Dillon, and Tyler Reddick would all be involved in a wreck with each other. Suarez and Reddick would continue, but Dillon would be done for the night.

Who was eliminated in the Round of 16?

Bristol never let up on the playoff drivers, with Tyler Reddick, Austin Dillon, Kyle Busch, and Kevin Harvick all facing elimination. It’s almost unthinkable that both Kyle Busch and Kevin Harvick would be eliminated in the first round of the playoffs. Busch and Harvick are both past cup series champions. Since Busch and Harvick were both eliminated, this means that there are only three past cup series champions in the playoff field. Those champions are Joey Logano, Chase Elliott, and Kyle Larson. For Busch, this elimination couldn’t have come at a worse time for him. Busch had announced earlier last week that he would be ending his 15-year tenure with Joe Gibbs Racing to join Richard Childress Racing in 2023. One driver that didn’t have issues throughout the race is the race winner, Chris Buescher.

Another week; Another surprise winner:

This past weekend, Chris Buescher snapped a 222-race winless streak at Bristol. Buescher won at Pocono in 2016, but it was called official early due to weather. This win came at a gamble on a late race pit stop by crew chief Bob Osborne, and the gamble paid off. This was Buescher’s only career win up to this past weekend. Buescher’s 2022 season has been rough. Buescher missed the playoffs this season and only has three top-five finishes and nine top-ten finishes. This win for Buescher is a huge momentum booster not only for him but for Brad Keselowski as well, teammate and team co-owner. Buescher led a race-high 169 laps, and Keselowski led for 109 laps, combining for 268 laps total led for the Roush teammates. As previously stated, Buescher had a clean race, but this race was the new next-gen cars’ ultimate test.

Throughout the race, it seemed that each manufacturer had its issues with the new car. Ford consistently had right front tire issues in the early stages of the race. Toyota had power steering and engine issues from the middle of the race to the end. Chevys were having power steering issues as well towards the end of the race. It’s only the first season with the new next-gen car. Every time that there is an issue with the car, NASCAR inspects it closely to see what they can improve with the car. The tire issues are concerning, whether it is a NASCAR problem or it is a Goodyear problem. This was the first time that the next-gen car had run on the concrete of Bristol. In April, the car was run on the dirt at Bristol. It is expected that teams will be voicing their displeasure about the wear and tear of the car throughout the week.

What to expect in the next round of the playoffs:

The second round of the playoffs consists of some of the most unique tracks on the circuit. Texas, Talladega, and the Charlotte Roval. This is easily the weirdest round of the playoffs. The intermediate tracks have been some of the best races all season long, but Texas is notoriously known for being the worst track on the circuit. Earlier this season, Texas hosted the All-Star race which had mediocre racing but had a controversial finish. It was also very hard for the drivers to pass. The unfortunate highlight of the All-Star race was when a three-car incident involving Kyle Busch, Ross Chastain, and Chase Elliott on lap 47. Ryan Blaney would later go on to win the All-Star race, the first of his career.

Talladega is called the wild card of the playoffs because anything can happen to anyone. If a playoff driver wins at Texas, then they can sleep easy seeing as they will automatically advance to the third round of the playoffs and not have to worry about Talladega. Charlotte is also known for chaos and shaking up the playoffs. Last year, in 2021, Kyle Larson, faced elimination at Charlotte throughout the race after experiencing alternator issues. Larson would recover to go on and win the race, and eventually the championship a few weeks later. Who knows what the playoffs have in store throughout the next few weeks?