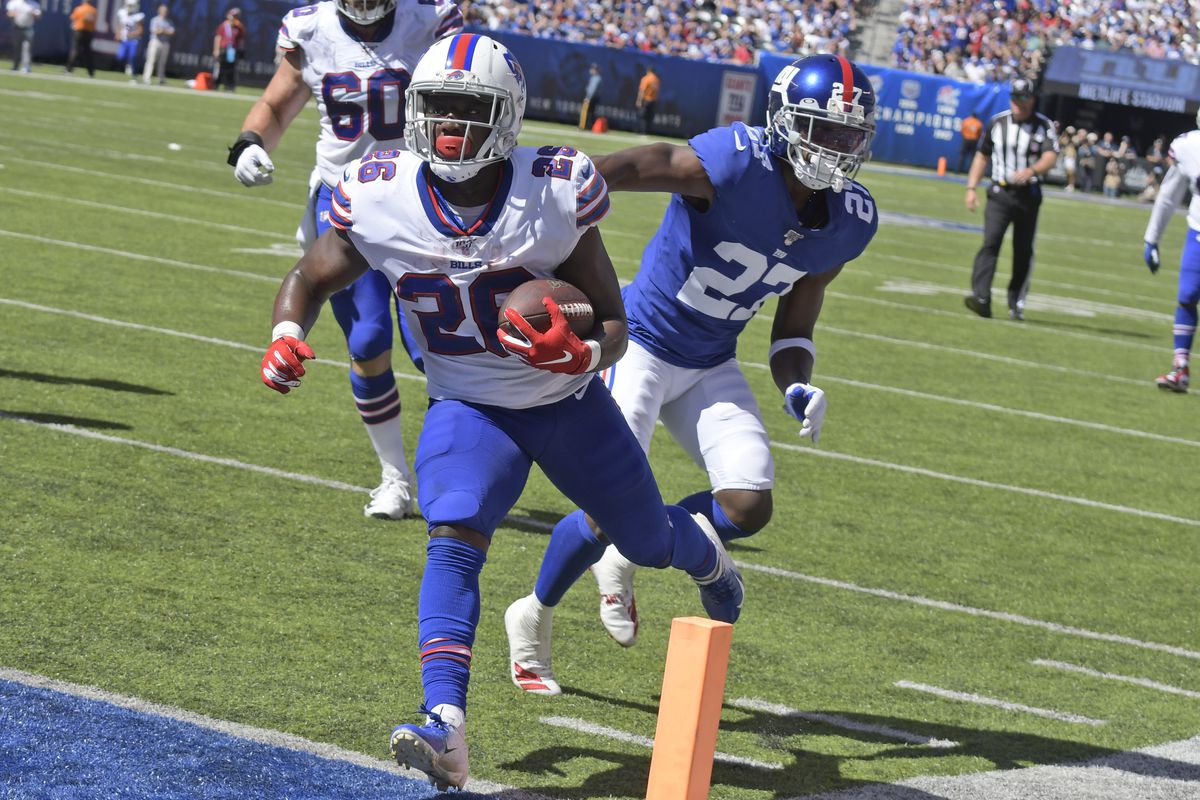 After a loss to the now 2-0 Buffalo Bills, the New York Giants are sitting at the bottom of their division at 0-2 to start their season.

Giants quarterback Eli Manning went 26-45 on pass attempts with a completion percentage of 57.8, tallying 250 yards a single touchdown with two interceptions, netting him a 66.5% quarterback rating.

In spite of an excellent opening drive, the Giants couldn’t put together another scoring drive until the 4th quarter. “On that drive, we had great first and second down production. We ran the ball well, obviously.” said Manning when asked about their offensive struggles. “After that, we just didn’t do as well on our first and second down stuff. We didn’t convert on third downs. We got into some third and longs. They did a good job of batting balls, just causing us to not get positive yards early in the downs.” he added later.

“First, I thought Buffalo did a good job. They took advantage of opportunities, they scored when they needed to early.” said Giants head coach Pat Shurmur said during his post-game press conference, during his opening statement. Shurmur was not overly impressed with how his team performed in the first half of the game, but thought they improved going into the second half on the defensive side of the ball.

For the third year in a row, and the fifth time in the past six years, the Giants begin the season 0-2. In 2018, the Giants scored opening-drive touchdowns in back-to-back games, once against the Houston Texans and again against the New Orleans Saints and still fell 0-2. The same thing happened this year against the Dallas Cowboys after a one-yard touchdown pass to Evan Engram and a 27-yard touchdown run by Saquon Barkley against the Bills.

Bills quarterback Josh Allen went 19-30 on pass attempts. With a completion percentage of 63.3, Allen threw for 253 yards and one touchdown. He earned himself a quarterback rating of 110.2% for his performance.

“It felt good. Our offense established a line very early by being able to get the running game going. Frank [Gore] and Motor [Devin Singletary] had some good runs there. We got open in the passing game and made some plays.” said Allen when asked about the team’s performance. “There were a few plays I left out there and those are the ones that I have to make.” he added, regardless of his great performance.

The Giants look to bounce back next Sunday against the Tampa Bay Buccaneers on the road and get their first win of the 2019 season, while the Bills look to continue their winning streak to three games when they face the Bengals at home.