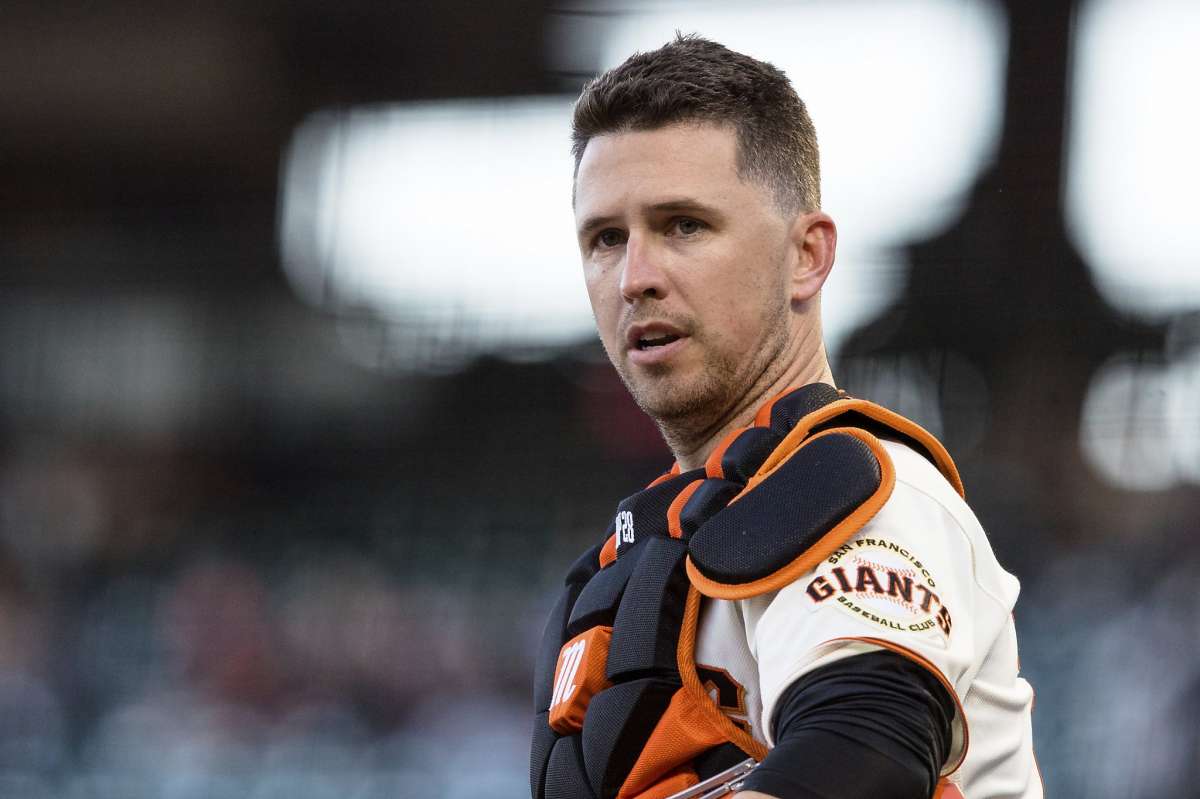 Buster Posey shocked the baseball world by retiring at the age of 34, but his glorious legacy will live on as this generation’s best catcher.

Despite an all-star season, Buster Posey has called it a career. This decision was somewhat surprising for several reasons, especially since he had a $22 million dollar option. Furthermore, his comeback 2021 MLB campaign proved to the world his talents were far from depleting. So much so, Posey was arguably baseball’s best catcher this season. Nonetheless, the veteran backstop’s career is seemingly over. And what a career it truly was.

In the shortened 2020 MLB season, the San Francisco Giants performed very mediocrely. With a record of 29-31, the roster comprised an aging core that dominated the early 2010s. Absent from the 2020 covid-19 struck season, though, was their franchise player, Buster Posey. Since several marquee players opted out, Posey’s absence was mainly overlooked. This could be attributed to his slight decline the year before or because the Giants were mostly irrelevant.

In contrast, the Giants 2021 campaign resulted in baseball’s best regular-season record. At the helm of said turnaround was none other than Posey. When disregarding Posey’s injury-ridden 2011 season, Posey performed at career-low levels in 2019. Specifically, his .257 BA, .320 OBP, .368 SLG, .688 OPS, and 38 RBIs all marked low points in an otherwise outstanding career. Therefore, following a year off, not many could have anticipated his 2021 breakout season.

Comparative, Posey’s 2021 season resembled his prime years of winning world series titles. With a .304 BA, .390 OBP, .499 SLG, and a .889 OPS, Posey reestablished himself as one of the best hitting catchers in the game today. Regarding his career, these numbers rank, respectively, 6th best, 3rd best, 3rd best, and 2nd best. Seeing that he was awarded the MVP in one of those seasons, his 2021 year was remarkable. However, just how impressive was his entire career?

If anyone ever questions Posey’s hall-of-fame resume, they genuinely don’t know baseball. With the 5th pick in the 2008 MLB draft, the San Francisco Giants selected Buster Posey. At Florida State, Posey racked up two 1st team All-American honors while putting up absurd numbers, both offensively and defensively. In his three collegiate years, Posey had a .398 BA, .487 OBP, .626 SLG, 1.113 OPS, as well as 26 homers in his final season.

Therefore, it was safe to say, Posey was talented from an early age. And that talent quickly transitioned into the big leagues with him only playing one entire season in the minors. After a brief MLB stint in 2009, Posey’s rookie 2010 season was head-and-shoulders greater than his fellow rookies. He walked away from his first full season as not only the rookie of the year but also as a world champion. Such a feat would become a norm for the early 2010 Giants, as Posey was a cornerstone of all three titles.

His second ring came in 2012 when Posey accomplished an even more outstanding legacy-defining achievement. In the American League, Miguel Cabrera earned the MVP trophy courtesy of his rare triple-crown season. However, Buster Posey himself won the MVP trophy in the National League but had even higher WAR (7.6 vs. Cabrera’s 7.1). In just his second full MLB season, as 2011 was cut short by his devastating knee injury, Posey put up a .336 BA (led baseball), .408 OBP, .549 SLG, .957 OPS, 24 HRs, 103 RBIs, and 78 Runs.

It cannot be stressed enough; Posey somehow did all this following a catastrophic knee injury that forever changed the game of baseball. Then, two years later, Posey was another key member of a world-series-winning ballclub. Although Posey failed to receive a world series MVP anytime, his starting role was unparalleled.

Is Buster Posey the Best Catcher of this Generation?

Outside of this most recent season, Posey strictly played in the 2010 decade. Therefore, his generation must be confined to that ten-year span, which would revoke Joe Mauer’s most dominant seasons. While this decade’s catching talent is rather bleak beyond Posey, only one true competitor sticks out: Yadier Molina. Although Molina certainly dominates the defensive side of things and even has a couple of rings himself, Posey is notably better.

Furthermore, like Joe Mauer, Molina debuted back in 2004, when Posey was merely a 17-year old. Although this does not affect that singular decade’s performance, it does provide Molina with nearly six full seasons of prior experience. Nonetheless, here are each player’s statistics from 2010-2019.

Posey simply did more in less time. While the defensive runs saved are slightly skewed by Posey’s additional time at first base, his insufficient number of gold gloves is also skewed because he always played in the same league as Molina. Both are top-tier catchers destined for Cooperstown, but Posey was evidently a superior all-around player. Despite a shorter career than many, Posey will all but certainly be a Hall-of-Famer and might even get a statue outside of Oracle Park someday. Regardless, Buster Posey will be direly missed from the game of baseball.