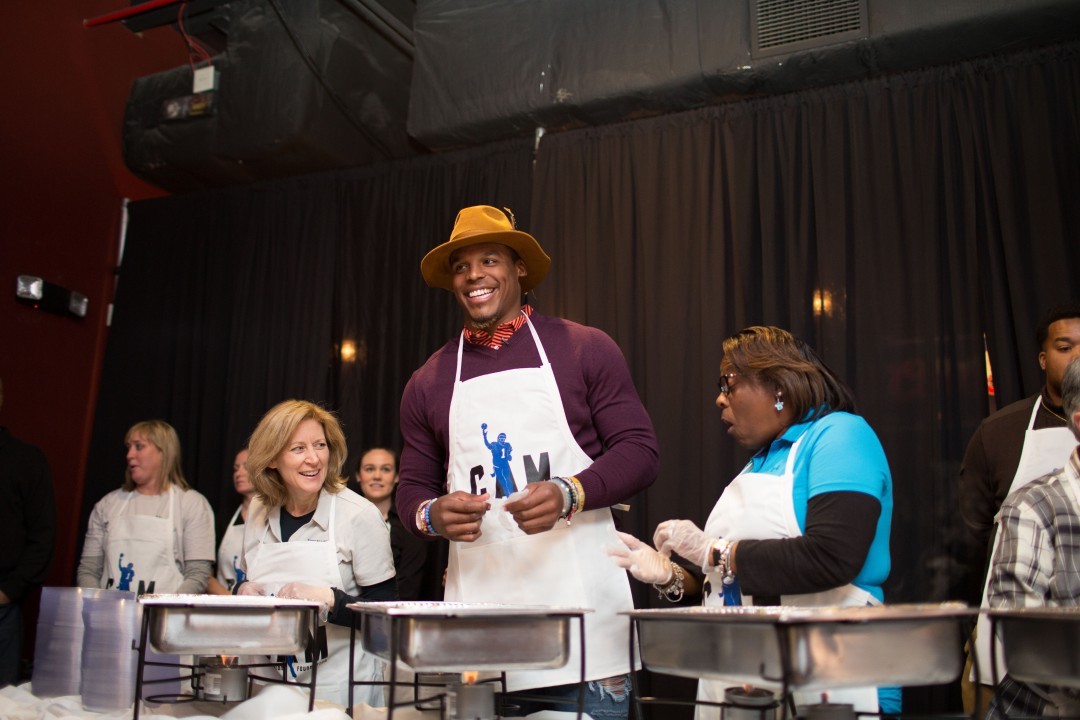 During the month of November, people tend to skip right over Thanksgiving and go straight from Halloween to Christmas. However, that isn’t true for Carolina Panthers quarterback Cam Newton.

Newton recently hosted the Cam Newton Foundation’s eighth annual “Cam’s Thanksgiving Jam.” The event was run by Cam, some of his friends and family, as well as about 80 volunteers.

Cam’s Thanksgiving Jam is a wonderfully heartwarming event where underprivileged children and their families can get a hot Thanksgiving meal, interact with Newton, take pictures with him and generally enjoy their time. Every guest that is in attendance of the event also was able to bring home the ingredients to make their own Thanksgiving meal. Children at the event were also able to interact and meet Panthers mascot Sir Purr, get their face painted, play golf and other games and dance to a DJ.

“Looking forward to our BIGGEST Thanksgiving Jam yet,” tweeted Newton last Thursday before the event.

He wasn’t lying either, Cam’s Thanksgiving Jam had a turnout of over 1200 children and families. That’s much higher than 800 from last year, and more than double the 500 from the year before last.

Newton has been battling injuries and was placed on injured reserve for the Panthers for the remainder of the season.

“It’s been a trying year for me in multiple ways,” Newton said. “But at the end of the day, being around this type of atmosphere, it would help anyone.”

Even though his injuries have kept Newton off the field, and people are uncertain about his future with the Carolina Panthers, Newton still knows one thing for sure, Carolina is home.

“Even though I’m born and raised in Atlanta, Georgia, I did my stint in so many different colleges, but Charlotte is home,” Newton said. “Charlotte is a place that I know that people know me, not just assuming how I am, they know my energy, they know what I like, they know what I don’t like, for me to have that type of presence just gratifies or reminds you that it’s right.”

Regardless of what is to come in the future, Newton will always be grateful for being given the opportunity to serve up so many smiles to those in need when it comes to his Thanksgiving Jam.

Lamar Jackson: Hype is Justified
Social Media: A Blessing and A Curse In The Sports World