Can Cody Garbrandt Save the Flyweight Division? 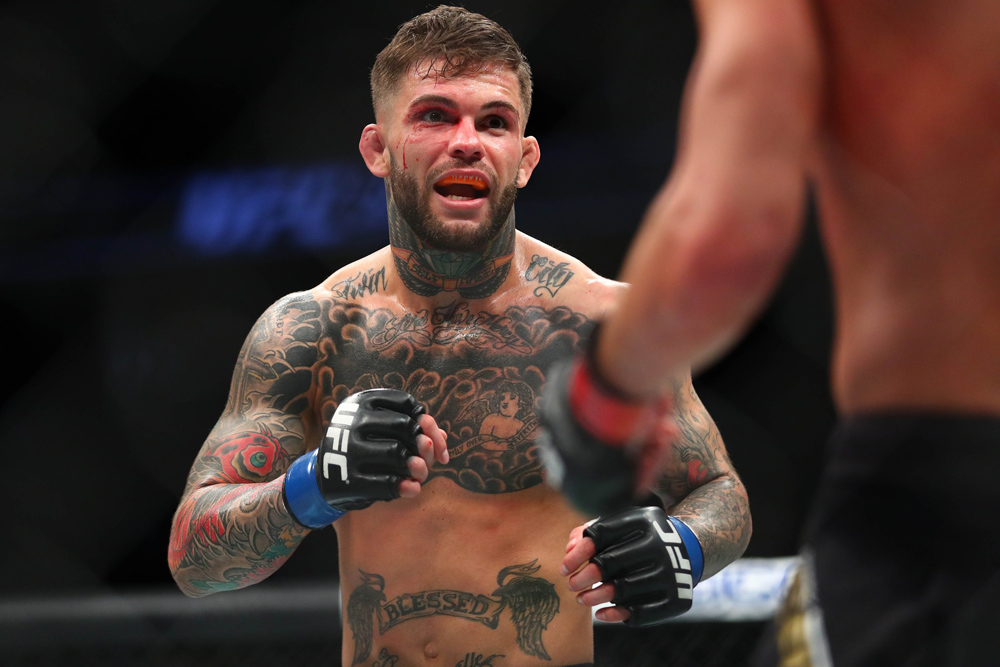 Yesterday, former bantamweight champ Cody Garbrandt announced his plans of moving down to the flyweight division. Despite losing his last three fights, Garbrandt is exactly what the 125 lbs division needs.

In an interview with ESPN’s Brett Okamoto, Garbrandt spoke of the move down to flyweight.

“First we’re focused on Raphael, and that’s still the fight to make and the fight next,” he said in reference to his postponed bout with Raphael Assuncao. “Then go down and really save the flyweight division.”

Both Garbrandt’s and Assuncao’s camps have expressed interest in rescheduling their fight that Garbrandt had to withdraw from due to kidney issues. After that, “No Love” Garbrandt will head down to flyweight, where he hopes to regain championship gold.

The 28 year old Garbrandt lost his bantamweight title in his first defense of the belt back in 2017 to TJ Dillashaw. He then went on to get stopped in the opening round of his next two fights against Dillashaw(x2) and Pedro Munhoz.

Still, Cody Garbrandt could actually save the flyweight division.

He has already called out the flyweight/bantamweight champ Henry Cejudo, claiming that he will see him soon.

A victory over Assuncao to get back on track and Garbrandt would only need one win at flyweight before the UFC gives him a title shot. Aside from Cejudo, he would be far and away the biggest name in the 125 lbs division.

If he can healthily pull off the weight cut, moving down to flyweight is the right move for Cody Garbrandt and might even save the division.

Khabib vs. Ferguson Fails for a Fifth Time: What Now?
Devin Olen: A Diamond in the Rough