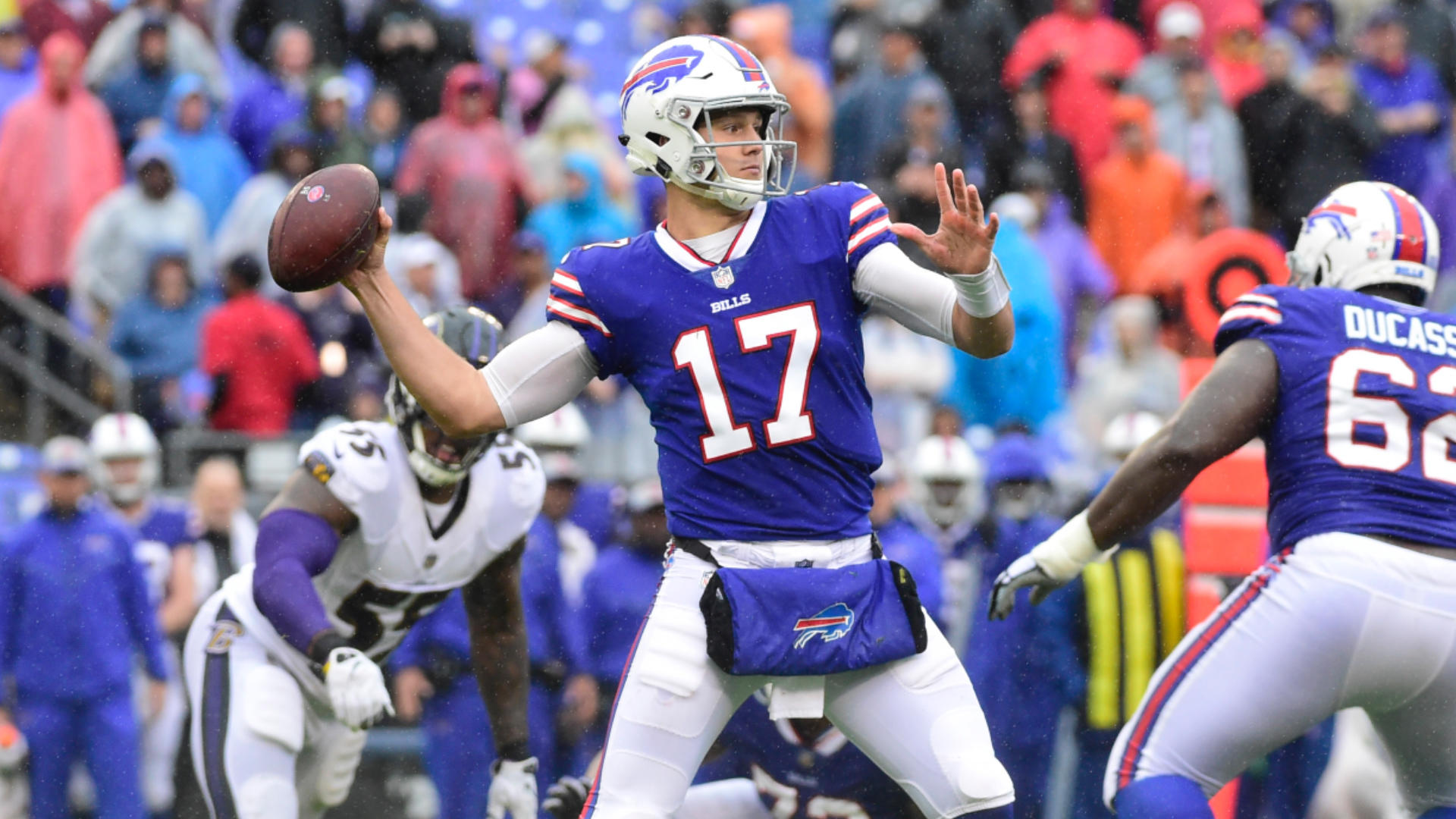 The NFL universe was laughing at the Buffalo Bills’ poor performance against the Baltimore Ravens. They only scored three points and had a horrendous performance from their quarterback Nathan Peterman, who threw for 24 yards and two interceptions. Losing 40-3 cements them as the worst team of this decade. They continue to look as dysfunctional as the Cleveland Browns. But now Bills coach Sean McDermott has named Josh Allen the starting quarterback for week two. How much of a difference can he do in making the Bills relevant this season?

Well, lets see what the Bills drafted. Allen is a raw prospect with some upside. Scouts say he has a big arm compared to the other quarterbacks in the draft. However, accuracy and being able to read defenses is still in question. Every quarterback in the NFL is talented, but it takes time to be great.

“The more repetitions that I get, I feel the ball comes out of the hand better,” Allen said according to buffalobills.com. “When things are flowing smooth and you feel confident in your throw, in my opinion, that’s when you become a more accurate passer.”

It’s one thing to talk about trying to become an accurate passer, it’s another to actually be one. Quarterbacks either have it or don’t have it in throwing the football accurately to receivers. Look at the top quarterbacks in the league like Tom Brady, Aaron Rodgers and Drew Brees. They all work so hard and have the intangibles to succeed. Allen isn’t on that stage yet even though he has the tools. No one knows if he can become a star other than the Bills, but it’s gonna take more than one year to truly see what he can be.

He will face a tough Los Angeles Chargers team filled with huge star power. Quarterback Philip Rivers will show up as much as the defense. If Allen plays well, maybe they will at least become relevant for one day and possibly take small steps into becoming a respective franchise in the NFL.