Can Paul George Be Trusted In The Postseason? 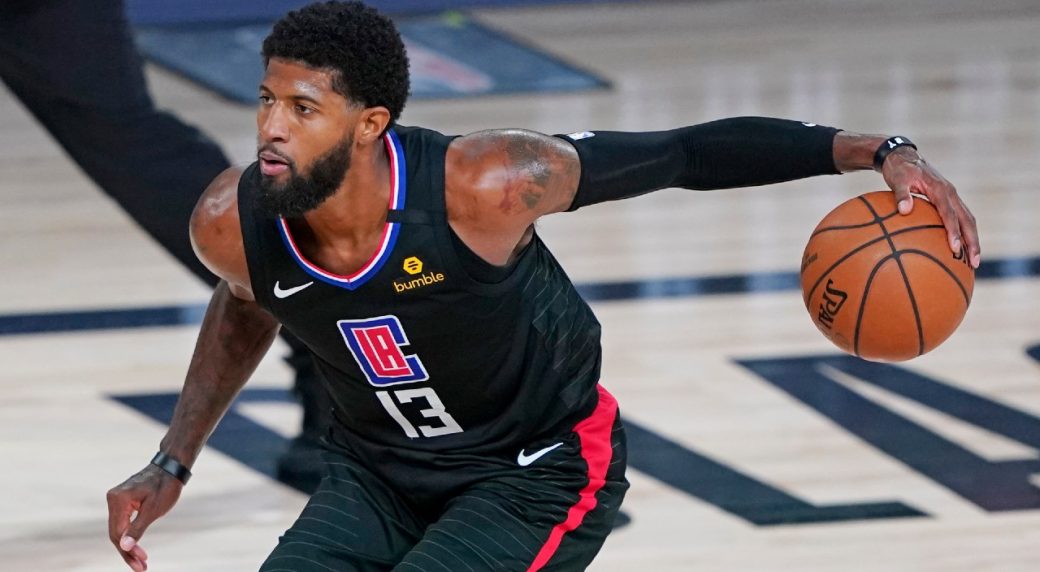 As the curtains close on the regular season and the postseason arrives, we see the Los Angeles Clippers moving with a head of steam with a replenished supporting cast whose chemistry looks locked in. Behind this are the additions of Rajon Rondo, DeMarcus Cousins, Nic Batum, and Luke Kennard, not to mention having the show being directed by none other than championship coach Tyronn Lue. Now that the Clippers have clinched their playoff berth at the fourth seed with their new pieces in tow, it looks like everything’s coming together for the organization. There’s just one problem: can Paul George’s current play translate over to the postseason?

With Kawhi Leonard’s hand injury, in addition to all the stiff competition in the Western Conference, the question is raised on whether we will see Playoff P or another occurrence of Pandemic P. Looking at the regular season, George has been playing with a chip on his shoulder–averaging 23 points a game shooting a career high 47 percent from the field and a career high 42 percent from three-point range. While all of this looks very nice going into the playoffs, we’ve seen Paul George play well in the regular season and come up short in the postseason many times before. On the other hand, it looks like we’re seeing a different, more mature Paul George this season; especially after facing the wrath of the internet for his play and mentioning the state of his mental health in the bubble.

From the looks of it, it seems that all the internet trolling and jeering from players across the league has forged Paul George into becoming comfortable in his own skin and playing his game. While I’m optimistic that George can perform in the postseason as we’ve seen during his time in Indiana when he was just a puppy going up against LeBron for seven games and the Clippers can escape the West, there are still many factors that can lead to the team’s downfall.

Health is one of the initial factors that matters most due to the fact that Paul George is more of a complimentary player. He may not be able to lead a team to the promised land but he can definitely be the sous-chef that helps prepare the main course. Not to mention Kawhi, Boogie, Rondo, and even George are coming off of some tough injuries from the past. Who’s to know if the injury bug decides to make another appearance once the playoffs begin only time will tell.

His scoring has been on a slight decline the past few games, but come playoff time the kinks will be ironed out. Essentially, the Clippers need to be healthy to get out of the West but they also need their stars to perform in the postseason. When Kawhi is healthy we know what he can do in the playoffs, but during the times when he is having an off night like the elimination game against the Nuggets last season, Paul George needs to step up and be able to be the definitive next option.

With the Western Conference being an outright lion’s den where it seems like every team has something to prove this year.  It’s going to be a tough series for the Clippers; Luka Doncic and the crew are going to be looking for redemption, and it’s up to Paul George to either rise to the occasion or succumb to the pressure.

How The Nuggets Will Beat The Blazers
For Memphis Grizzlies, Past Fuels Future