Can the Sixers Win a Championship with Joel Embiid? 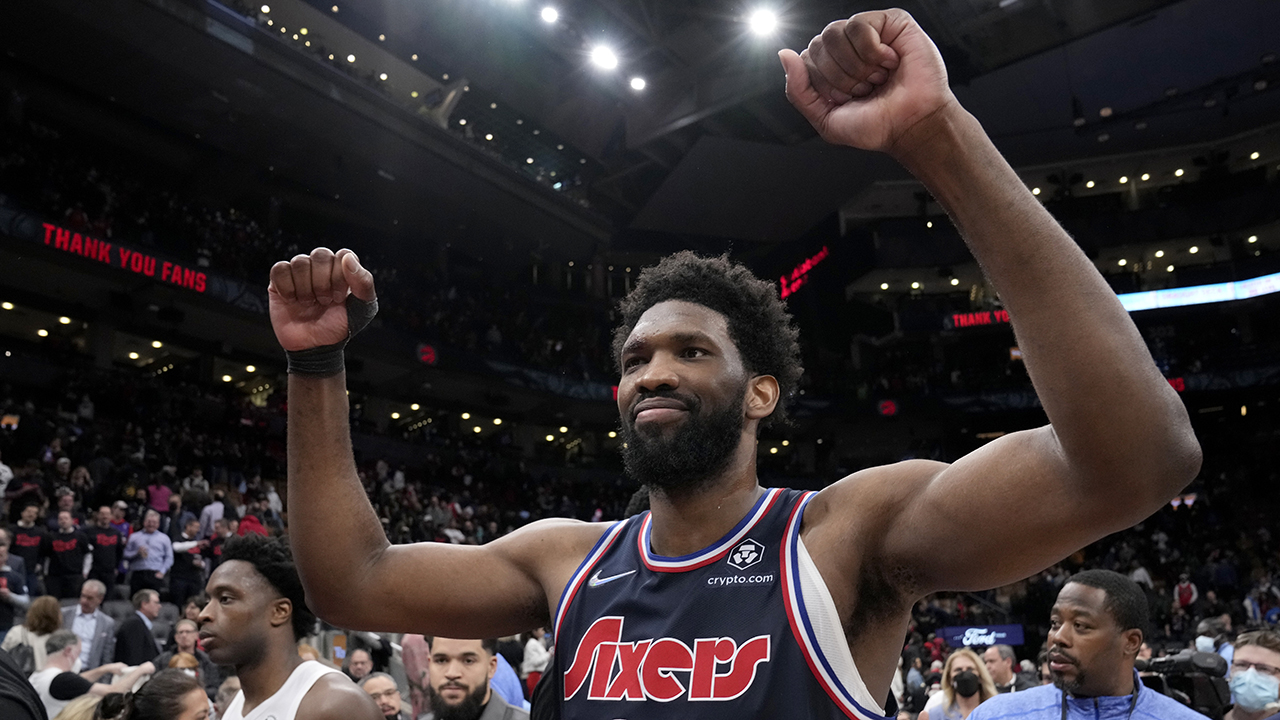 With the Philadelphia 76ers once again failing to meet expectations and bowing out of the second round, questions must be asked. Of course, some pressing questions were answered, but one major, crazy, almost blasphemous query still remains. Can the Sixers win with Joel Embiid as their centerpiece? Should they consider trading him? This question sounds silly, asking if a guy that was the MVP runner-up two years straight can be the best player on a championship team, but there are three factors that call Embiid’s qualifications into question. Two are about him, and another is simply about the position he plays.

Can a Center be the Centerpiece?

Starting with the position, is it absolutely clear that the modern NBA champion can have big men lead the team in scoring? Denying Embiid, and a post-dominant big man in general, seems too easy for NBA playoff defenses. BLock the entry pass, and if he does get it double or triple him as soon as he touches it and brings it down. Doing that in the post is much more effective and harder to pass out of then on the perimeter, and even if he does pass it, great, that’s another shot the best scorer did not take. So many possessions pass without Embiid touching the ball, and when he does get it, it’s often in an undesirable spot far from the basket where he cannot do his best work. Embiid’s perimeter skills are fine, but they aren’t NBA champion level. Expecting them to be, at his size and with what he can already do, is impossible. On the other hand, you cannot deny guys like  Giannis Antetokounmpo or Stephen Curry the ball consistently, and they can influence the scoring every time down the court in a way a post-up big man cannot.

The last time an NBA champion had a big man cleanly lead the team in playoff scoring (the 2020 Los Angeles Lakers had Anthony Davis at 27.7 and LeBron at 27.6) was more than ten years ago with the Dallas Mavericks and Dirk Nowitizki, and he was not a post-up big man. Before that it was probably the 2008 Boston Celtics with Kevin Garnett (although again he had a running mate who was just as good at scoring in Paul Pierce) or the 2007 San Antonio Spurs with Tim Duncan. That was a very different time, and in most of those cases they also had a perimeter player that was essentially just as good. James Harden was supposed to be that, but wasn’t, and perhaps Tyrese Maxey can develop into that, but expecting the Sixers to get a perimeter scorer on the level of Embiid seems like wishful thinking.

Even in these playoffs, the tallest remaining starter is Dwight Powell at 6’10”, which in a way shows that the four best teams in the league don’t value a traditional big. One would hope that the lack of other “true” centers would allow Embiid to dominate more than he has, but because of the switchability of players these days and the ability to deny the ball from him means it doesn’t really play out that way. 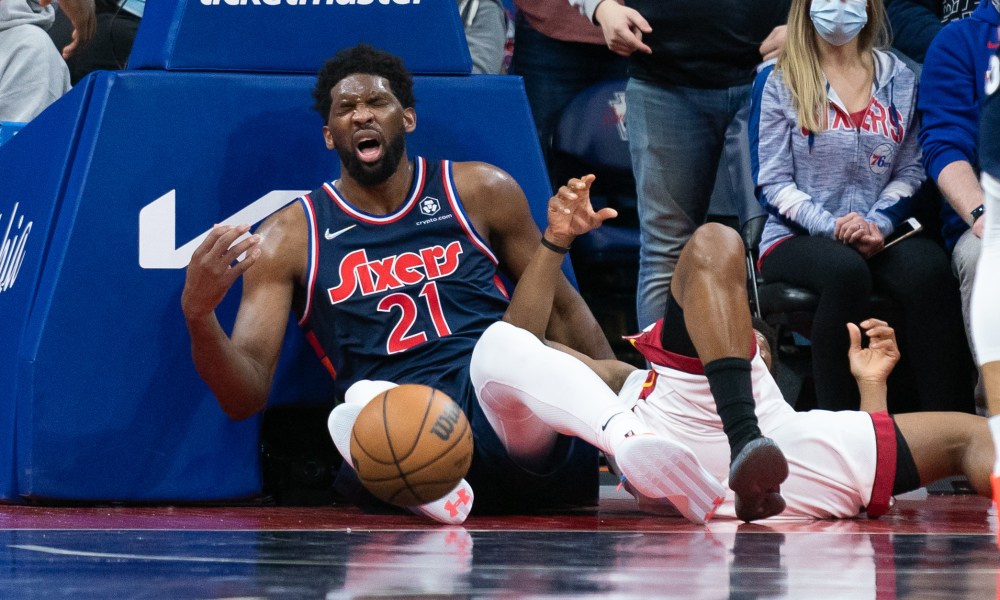 The second problem with Embiid, and honestly this is probably the most substantial and agreeable one, is simply that Embiid might never be healthy for a playoff run. The guy, as many seven footers who have to play this many minutes are, is injury-prone. There’s really no way to get around it. He began his career with injury, and basically every playoff run SOMETHING happens to him. A man of his size, playing as physical as he does and as many minutes as he does will struggle to stay healthy, and expecting Embiid to be 100% throughout four playoff series is a pipe dream. Two years in a row now, Embiid couldn’t even make it through the first round without a serious injury, with the partial meniscus tear last year, and the torn thumb ligament and orbital fracture this year.

A team cannot survive in the playoffs without their best player healthy, and the chances of Embiid making it through unscathed is so low it might be best to let someone else deal with that issue. These injuries will only get worse and harder to recover from as Embiid ages, and any time he gets hurt the Championship dreams are simply dead. Of course, it only takes one time, a comparable example would be Anthony Davis and the 2020 Championship, but the Bubble was an extreme circumstance that will not happen again, and it’s very likely the extended break he got before the Bubble started contributed to it. Simply put, with Embiid’s size and playstyle chances are very slim on him ever making it through healthy, and the Sixers with an injured Embiid aren’t going anywhere. A more salient example might be the late-2000’s Houston Rockets, who had two injury-prone stars in Yao Ming and Tracy McGrady. When they were healthy they were great, but more often than not one of them at least would go down and it was over. Those Rockets didn’t win a championship, and made just one conference finals. The Sixers’ with Embiid might be on that same path.

Is Embiid a Leader?

Those other two problems are mostly out of Embiid’s control. The center position fading in importance and his injury concerns aren’t something he can really do much about. What he could do something about is leadership and mentality, which is something Embiid struggles with. When the Sixers are up Embiid will fire the team up, with his unique brand of showboating and dancing pumping up the team and the crowd. He’s a great guy to have around. When the team is losing however, Embiid can disappear on the leadership side of things. He mopes, and doesn’t really seem to try and rally the team. You can hear guys like Jimmy Butler goading his team at all times, win or lose but Embiid doesn’t seem to have that dog in him. He wants that on the team, with his quote about P.J. Tucker, but one question is, why isn’t Embiid that guy for the team? Why isn’t he out there fighting for every board? The rebounding for the Sixers was bad all year, but Game 6 against the Miami Heat was a new low, with 6’5” Max Strus and everyone else on the Heat getting continuous offensive boards that just killed any sort of momentum the Sixers tried to build.

Embiid fought through a lot. His toughness is not in question, as going out there with the injuries he had is incredible. In regards to his leadership however, he can be sorely lacking. He visibly stops trusting his team, and starts trying to play hero ball. He took many ill-advised jumpers, including silly threes that he missed horribly (he shot 21% from deep all playoffs) and mid-range shots into a triple team that got blocked. He stops going inside where he is most effective, and settles for subpar looks. The Sixers blow leads constantly, and also seem incapable of coming back from large deficits. That stems from both coaching and the leadership of the players on the floor and it’s clear that both sides have blame. Finally, Embiid also tends to be a bit too free in press conferences after losses. Saying they don’t have anyone with Tucker’s energy is one thing, but two years in a row now he’s mentioned other players on the team by name and said things that would be better left unsaid, or should be handled in-house. They may be true things, and Embiid is more than willing to point the finger at himself, but why even give the media the chance? Why create a soundbite? Maybe he doesn’t know the effect his words have, but that seems naive. It shows either a lack of thought, or a lack of leadership and both aren’t great.

Embiid is a great player no doubt. A generational talent even that may just be the most well-rounded center the league has ever seen. But is it enough? There’s not much room for Embiid to improve his game, that’s how good he is, but that also means the ceiling of the Sixers’ team is close, and that seems to be a second-round exit. The way defense is played now, and the fact that Embiid is injury-prone means that Embiid often cannot use his prodigious ability to it’s full potential. Those aren’t things that are likely to change any time soon. The one thing he could change is his leadership and attitude. That could be a big change, but it’s rare to see someone really transform their personality halfway through a career. All of those things add up to beg the question, can the Sixers really win a championship with Joel Embiid? It will never happen, but perhaps the Sixers should look to move on from Embiid. It sounds crazy. Borderline profane even. But is it really?