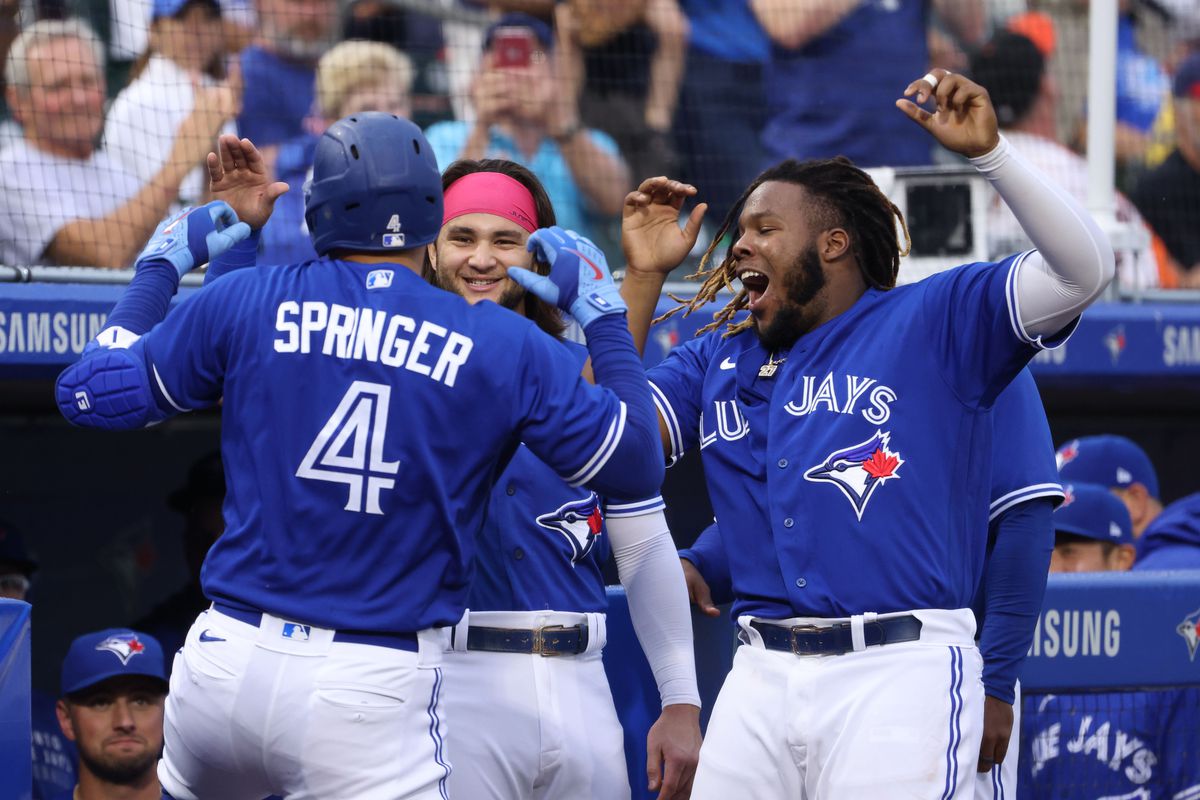 The Toronto Blue Jays winning streak has put them just a half-game back from the Yankees, but do they have enough left to overtake them?

The Toronto Blue Jays walked away from the trade deadline as buyers. In an attempt to make a late-season push, they made a couple of deals to improve their pitching. However, over the next month or so, the team sat idly by as the Yankees rose back into the playoff picture. Thanks to New York’s 13 game winning streak, their spot in the playoffs seemed set in stone. Since then, the Yankees have played 12 games and have only won 2 of them. Conversely, over the Jays’ last 12 games, they’ve had baseball’s best record, winning 11 of them.

Before this span, the Toronto Blue Jays were 6.5 games back from the 2nd Wild Card. Whereas the Yankees actually held a 2 game lead for the first spot. These two ballclubs have clearly been trending in opposing directions. Moreover, the Jays just finished sweeping the Bombers in the Bronx. It was not just any ordinary sweep either, as the Yankees did not lead at any point throughout the 4-game series. Therefore, for the first time since 1924, the Yanks would end a series of four games or more without ever holding the lead. Additionally, it was the first time since 2003 that the Blue Jays left Yankee Stadium with a four-game sweep.

In doing so, the Jays doubled their winning streak to eight games. Toronto’s impressive success over their last 12 games has put them back in the playoff picture. However, can they continue dominating for their remaining 23 games, or will New York bounce back and fend off those pesky birds?

The Toronto Blue Jays Are An Offensive Juggernaught

Vladimir Guerrero Jr. has been sensational all season long. Vladdy is nearly leading baseball in every significant offensive category. His 107 runs scored and 165 hits do lead MLB. Not to mention his .319 batting average, .409 OBP, .607 SLG, 1.016 OPS, and 42 HRs are all top-3 in the entire big leagues. If not for Shohei’s unforeseen abilities, Vlad Jr. would have the MVP on lock. Although Vladdy’s contributions are evident, this team has several other impactful bats throughout their lineup.

Specifically, the Blue Jays’ middle infielders have provided such a spark. Bo Bichette had a slow beginning of the year but has rather quickly turned things around. Marcus Semien, a sleeper MVP candidate, has racked up tremendous numbers yet again. Both players have more than 100 runs scored, 150 hits, and 84 RBIs on the season. Furthermore, Semien has shown remarkable power numbers with baseball’s fourth most homeruns (38) and a .889 OPS.

As a team, the Blue Jays host baseball’s highest OPS, SLG, as well as having hit the most long balls. With the season winding down, some key contributions from their outfielders will be needed. George Springer has struggled to stay on the field; but when he is out there, he’s played well. Teoscar Hernández has also been vital at the plate this year with the 7th most RBIs in baseball. Top to bottom, Toronto has one of the scariest batting orders in baseball, but they are also the hottest.

The Toronto Blue Jays Are The Hottest Team in Baseball

Their one loss is the fewest in MLB over the last 12 games. In that span, they’ve had a ridiculous OPS of .909 while almost averaging 6.1 runs per game. However, their offense isn’t the only thing trending upward. The pitching staff has been steadily improving recently. With a 3.05 ERA and WHIP of just .9908, the Jays have been shutting down teams in their last 12 games.

Specifically, Robbie Ray’s impressive season has landed him in the Cy Young conversation. His 2.60 ERA leads the American League, while boasting the 2nd most innings pitched, only 1 out fewer than his new teammate José Berríos. Moreover, Ray’s .994 WHIP sits just .005 behind Gerrit Cole for the best in the AL. Although Cole has far exceeded Ray’s strikeout numbers, Ray has a significantly greater WAR (6.7 vs. 5.5).

The only withstanding problem for this Blue Jays team is their bullpen. In an attempt to solve said issue, they acquired Brad Hand from Cleveland. His time in Toronto did not last, as he has already been cut for lack of production. Nonetheless, if they can pitch more consistently late in games, the Jays have a real chance of not just making the playoffs but advancing deep into it.

They might as well rename this the AL East Runner-Up Race. All three of the contending wild card teams reign from the eastern division. Boston currently controls the first spot, but New York and Toronto are within a game and a half.

The Yankees, as already mentioned, are slipping and might continue to do so. In their last 12, New York has had horrendous hitting splits with a .214 BA, .284 OBP, .337 SLG, and a weak .621 OPS. Additionally, their pitching has not been much more promising either. An ERA of 4.75 and WHIP of 1.3868 are simply not good enough in the closing stretch of the season. To make matters even worse, the Yankees have the toughest remaining schedule of the three AL East teams in the wild card hunt.

The Red Sox, on the other hand, have been mediocre, going 6-6. The reason for this average play is mostly due to their terrible pitching. Offensively, the Sox have been pretty great, though. With a team batting average and OPS of .283 and .834, respectively, the Sox hitters are consistently putting themselves in a position to win. But, their pitching has let them down. In their last 12, Red Sox pitchers have an abysmal ERA of 5.21 and an even sadder WHIP of 1.4393.

Therefore, by using all this information, I firmly believe the Toronto Blue Jays will not only surpass the Yankees but the Red Sox too; thereby granting Toronto, a city that missed half of their team’s ‘home’ games, home-field advantage in the AL Wild Card game.