Can the Utah Jazz Finish Strong? 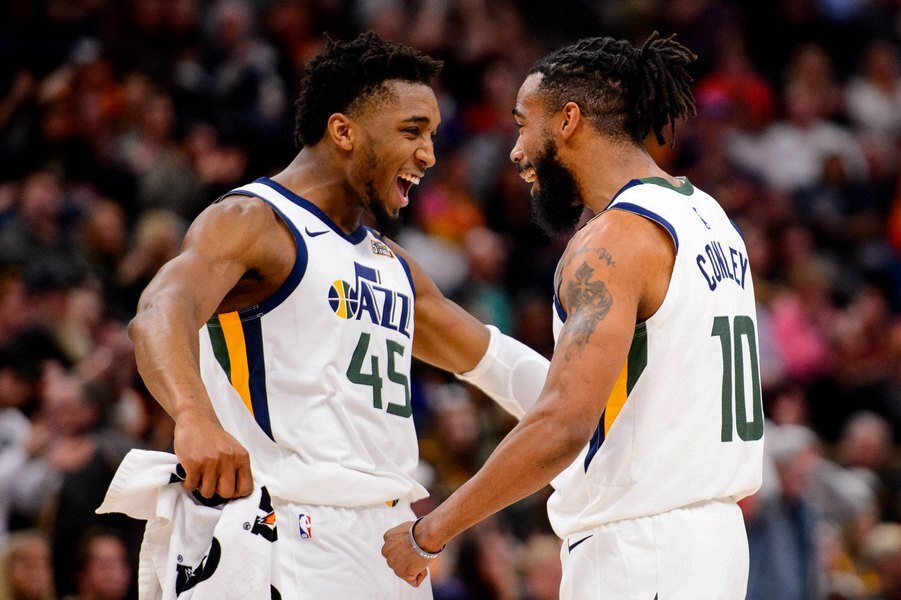 At the close of the NBA All-Star Break, the Utah Jazz currently sit in fourth place in the tough Western Conference. Following a 13-11 start to the season, the Jazz finished the first half of the season, winning 23 of their last 30 games. A big part of that run came after some key roster moves that bolstered their lineup.

Looking at the Jazz season up to the All-Star break, there were a few key takeaways that stood out.

The first takeaway for the Jazz season happened before the season even started. After their 2019 playoff exit against the Houston Rockets, it was clear that the Jazz needed help offensively to take some of the burden off of their star Donovan Mitchell.

The second-leading scorer of the 2018-19 season for the Jazz was their center Rudy Gobert, who did so without having real offensive sets drawn up for him. Getting a scorer that can create their own shot, and have plays created for them was a major focus for Utah’s off-season goals.

They did this with an impressive off-season that had them trading for veteran guard Mike Conley Jr. from the Memphis Grizzlies, and signing Bojan Bogdanovic as a free agent. Both players averaged over 18.0 points per game in their most recent season, and look to create a three-headed monster offensively for the Jazz’s starting lineup.

After a start to the season that was below expectations, the Jazz had a glaring weakness offensively with their second unit. Everything changed when they dealt guard Dante Exum to the Cleveland Cavaliers in exchange for Jordan Clarkson. Clarkson has brought the spark the Jazz needed and is averaging 16.2 points per game. Joe Ingles also moved to the starting lineup and saw his scoring stats nearly double in his first month as a starter. Ingles also plays a big distributing role as a starter and leads the team with 5.2 assists per game.

An important note for the Jazz season up to the All-Star break is that much of their success has come with veteran guard Mike Conley Jr. out with an injury. The star point guard has missed 22 games over the course of the season. In the games that Conley has appeared for Utah he has been less than stellar.

Where Conley’s struggles are coming from has been an interesting thing to see people try to assess. Is it his fit in the offense? Do he and the Jazz really know his role in Quin Snyder’s system? Is it his size when paired in the frontcourt with Donavan Mitchell? And many even asking if the guard should have a role off the bench for the Jazz. All of these remain unknowns, but the thing that we do know is that Conley is sitting nearly seven points below the league average in true shooting percentage and ranks 178th in the league in that category.

When healthy Mike Conley Jr. is known to be one of the best point guards in the association, and one of the important things to come from their hot run at the end of December and throughout January was the time it gave him to heal. Conley was ready and cleared to return from his hamstring injury much earlier than he did. But with the groove the Jazz were in, it gave each party extra time to ensure that their point guard can return fully healthy.

With Conley returning to the lineup, the Jazz hope to bring another leader that can score, defend, and facilitate the ball and continue to climb the Western Conference standings. Despite his struggles the guard finished the season with his best stretch of games in February. In the four February games before the break Conley averaged 20.3 points, 5 rebounds, and nearly 5 assists per game. With more time back and building confidence the Jazz have potential to be an offensive force if this run continues, and if you couple that with their steadily strong defense the Utah Jazz will be a big threat to any team in this year’s playoffs.

Not one but two All-Stars

After two straight years of deserving Jazz stars being left off of All-Star rosters, one of the conversations around this season was about if the Jazz will have a player to represent them for the February game. Going into the season, fans knew it was likely one of their stars Rudy Gobert or Donovan Mitchell would be selected to the team, but this year it was both earned the honor.

Donovan Mitchell and Rudy Gobert both made their first of what should be many appearances to the NBA’s All-Star game in their career. The selection is one both players had strived and hoped for. This is the first time the Jazz had two players in the All-Star game since Deron Williams and Carlos Boozer made it together.

While two Utah Jazz players were named to the team, the Jazz easily could have had three players on the roster. The third All-Star contender comes from the underrated addition and success of Bojan Bogdanovic, who, in his first season with the Jazz, is averaging nearly the same numbers as Gordon Hayward in his all-Star season in Utah. While he is averaging all of this as a second option for Utah, the forwards’ stats and impact were certainly enough to garner some attention for an All-Star addition.

Although the Jazz seem to have solved some of their off and preseason goals, whether it be acquiring new talent to go with their young stars, or the joy of having their two young stars named to the NBA All-Star game, they still have unfinished business. Utah made moves this offseason and continues to make moves with the playoffs in mind and the team is clearly ramping up in hopes for a late season run. After answering some of their inefficiencies by adding scoring to the starting line up as well as the bench, their strong defense that has become a team staple, and great team chemistry the Jazz are proving to be a team no Western Conference team should want to match up with.