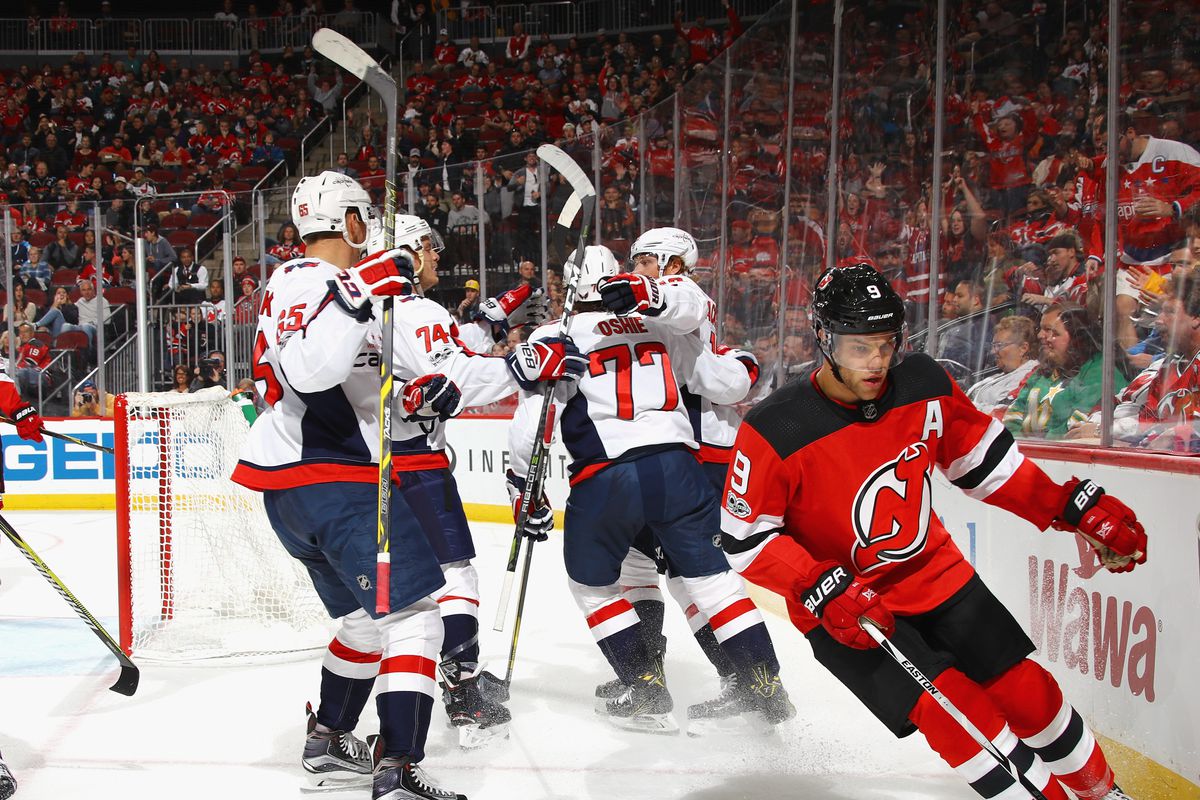 After a rough patch of results, the Capitals were able to secure a win over the Devils during the weekend as #77 T. J. Oshie registered three points. Coming into the contest against New Jersey, the Caps had just two wins in their previous seven matchups. Something needed to change. Allowing an average of four goals per contest and scoring just 19 goals, alterations were needed across all three zones.

The Capitals were producing shots, but they could not get past the goaltender. Haphazard stick work meant careless penalties and extra work for an already struggling defense. Their penalty minutes tallied up to a total of 58, almost an additional three periods. But, on the bright side, Washington is seated right in the middle of the 31 teams with a 79.3% success rate on the penalty kill.

Their saving grace has been their success with a man advantage. As many times as the Capitals have been shorthanded, when they have the advantage, it is a different story. They are second to only Toronto, led by Auston Matthews, when scoring on the power play. One out of every three opportunities result in a goal for the 2018 Stanley Cup Champions.

Ultimately, power play goals proved themselves to be the difference maker in the Sunday afternoon showdown against the Devils. Converting on three of four chances, the Capitals rallied to win from a two score deficit.

Oshie led the scoring for the Capitals during the contest, netting a pair of power play goals. Additionally, he lent a helping hand to #8 Alex Ovechkin who also scored while a man up. Ovechkin, with six goals, is tied for second on the team in goals. Ahead of him is only #19 Nicklas Backstrom with eight. Backstrom also leads the roster with 14 assists. Coincidentally, Ovechkin again has the second highest tally with nine. Ovechkin has registered 10 points in nine games since his return from the COVID 19 protocol list.

With almost a third of the regular season already finished, the Capitals need to be putting their best foot forward. The Mass Mutual East is a tightly contested battleground right now. Boston leads the pack with 24 points with Washington right behind them at 21. Beneath them is a three way tie with 19 points between the Flyers, Penguins and Islanders. Only the top four teams from each division will make the playoffs this season.

The Capitals have a pair of mid-week games when they host the Penguins on Tuesday and Thursday. For Pittsburgh, #87 Sidney Crosby and #17 Bryan Rust lead the team with 15 points each. Both skaters have six goals and nine assists.

The Penguins’ recent hire, former Philadelphia Flyer Ron Hextall, as their GM seems to have settled in nicely. Winning four of their last five, they are now on a bit of a hot streak. Previously, they had just one win from their recent five contests.

Washington only has one win between the four contests against Pittsburgh so far this season. Yet the Penguins needed an overtime victory in one meeting and a shootout win in another. Both sides are very evenly matched and the two games this week should make for great hockey.

Who Could Go First Overall? Examining Potential Choices for the 2021 NHL Draft
With Two Come from Behind Wins, Can the Coyotes Get Back on Track?