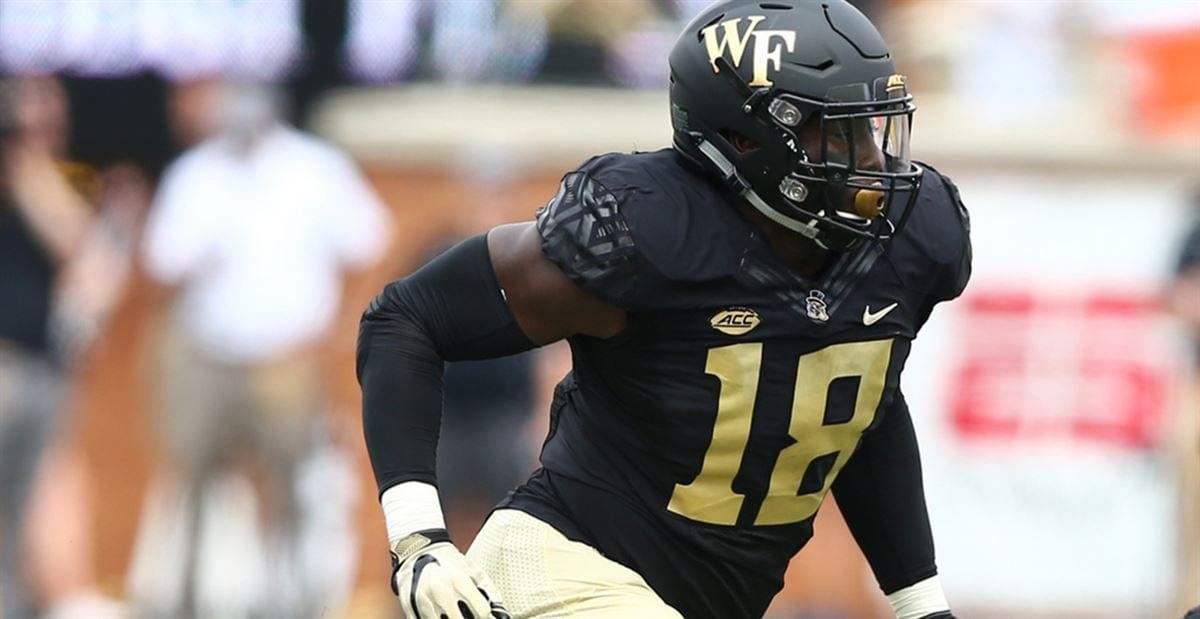 Basham Jr. is one of the most athletic players in the 2021 NFL Draft. The former Demon Deacon stands at 6’3 and weighs 281 pounds. That is not the typical build of an edge rusher in today’s NFL. However, Basham Jr. could be an excellent pick for a team with a defensive scheme that utilizes his abilities.

The senior defensive end had a stellar career and, while the 2020 season was shortened, he still had a handful of great games that scouts will look at. During his career at Wake Forest, Basham Jr. totaled 173 total tackles, 20.5 sacks, four forced fumbles, and eight passes defended.

His senior year wasn’t nearly as dominant as others were, but that is most likely caused by the weird college football season. Basham Jr. was selected All-ACC First-Team in 2019, and All-ACC Third-Team in 2020. Unfortunately for Basham Jr., had he opted to enter last year’s draft, he would have most likely been a lock for a top-15 pick. However, he is still a player with an incredibly high ceiling.

Both Jordan and Basham Jr. have a similar build and they are both quick off the ball. Basham Jr., like Jordan, is actually fast, which is surprising because of their thick bodies. Jordan was a steal for the Saints who grabbed him late in the first round. The same thing is very possible for Basham Jr.

This game was one of the best in Basham Jr.’s career. He totaled 9 tackles, had a sack, and was dominant all game long.