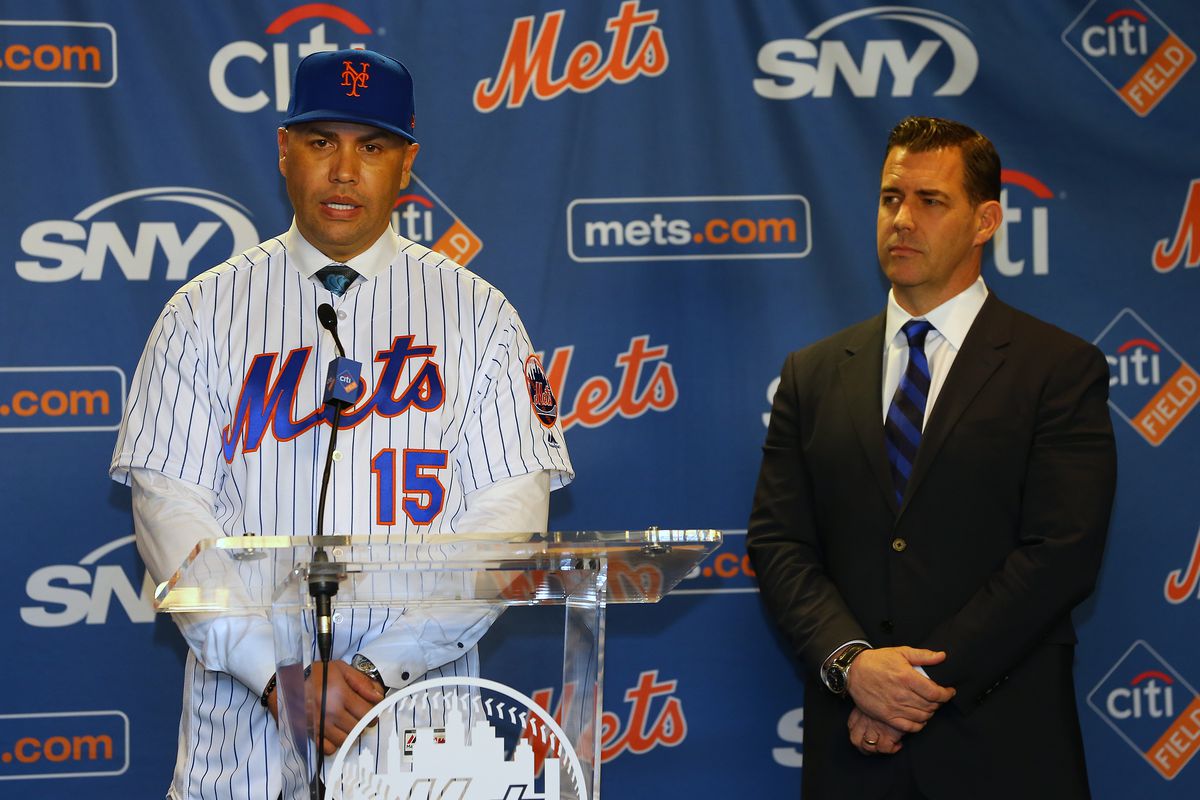 Carlos Beltrán was hired to be the New York Mets new manager on November 1st and will step down before managing even one game for the team. Beltrán was implicated in the Houston Astros’ sign-stealing scandal after playing the last season of his career for the 2017 World Series champs. This is a huge disappointment for Mets fans who were excited to see the former Met take control of the team.

Everyone who has been specifically named in the MLB’s report on the Astros sign-stealing has been fired from their position. The MLB decided not to punish any players involved and only came down on coaches and management.

However, Beltrán was the only player who was specifically named in the report. The MLB’s report said, “Approximately two months into the 2017 season, a group of players, including Carlos Beltrán, discussed that the team could improve on decoding opposing teams’ signs and communicating the signs to the batter.”

Why was Beltrán the only player named in the report? If there was a group of players involved, either all of their names should have been mentioned or none of their names. Only including Beltrán’s name confuses me.

It can be assumed that Beltrán is the only player implicated who now held a management position, so maybe the MLB thought that Beltrán was a special case worth mentioning for transparency reasons. Beltrán held a position of power and while they technically were not going to punish him, having him be the only player mentioned in the report ended up being a punishment itself that cost him his job.

Perhaps Beltrán was specifically mentioned to demonstrate that he was a leader of the sign-stealing effort, and deserved special recognition. However, if Beltrán was the player who led the effort then the report should have said so. The phrasing of the report (“a group of players, including Carlos Beltrán”) makes it seem like Beltrán is equally as guilty as the other players involved, yet he was the only one made an example of.

Regardless of the reason Beltrán was mentioned, he was, and the media was speculating nonstop about Beltrán’s future as Mets manager. While the scandal has nothing to do with the Mets or Beltrán managing the team, it was certainly a short-term distraction that brought along unneeded hoopla. By moving on from Beltrán, the Mets avoided turning this into a long-term distraction.

Knowing what the Mets know now, there is no way Beltrán would have been hired had they been aware of his involvement in the scandal. Perhaps if Beltrán had been the Mets manager the last few years, the Mets might have stuck by their man. But, as a rookie manager without any experience and no prior pedigree, the Mets cut their losses and moved on.

Should Beltrán the manager have been punished for actions that Beltrán the player committed when no other player was punished? Did Beltrán deserve special treatment from the other players just because he was recently hired to be a manager? I don’t have definite answers to these questions, but my gut says that anyone implicated in a cheating scandal should probably not be a manager or at least face some kind of punishment for it before given another shot.

So where do the Mets go from here? It is January and the Mets do not have a manager. Given that pitchers and catchers report to spring training in a little over three weeks, I expect the Mets will hire a new manager very soon, maybe as early as next week. I can’t imagine they are going to take their time and go through the hiring process again with such a short amount of time before the season starts.

I have no clue who will take over as Mets manager in 2020. Will the Mets hire someone inhouse or will they go with one of the available established managers? Given the timing of approaching spring training, I think there’s a decent chance the Mets hire from within.

Andy Martino of SNY reported that Mets quality control coach Luis Rojas has been discussed as an internal option. The quality control coach was a new position established for 2019 to be a conduit between the front office and coaching staff on all issues including game preparation, strategy, and analytics. His coaching position sounds a lot like what a manager would do. Given that Rojas was a candidate for the manager in November and is familiar with the roster and front office, he makes the most sense for a team in January desperate for a manager.

As someone who grew up watching Carlos Beltrán play for the Mets, I was excited to see him as the Mets manager. This season might have been a lot of fun having Beltrán at the helm of this team. It is incredibly disappointing to see his tenure end like this, only a few months after being hired.

The fans who whipped out their old dusty Beltrán jersey from their closet now have to put them back unworn. I thought we would be seeing a lot of those at Citi Field in 2020, but I guess not anymore.