Taty Castellanos Leaves New York City F.C as one of the Greatest to Play for the Club 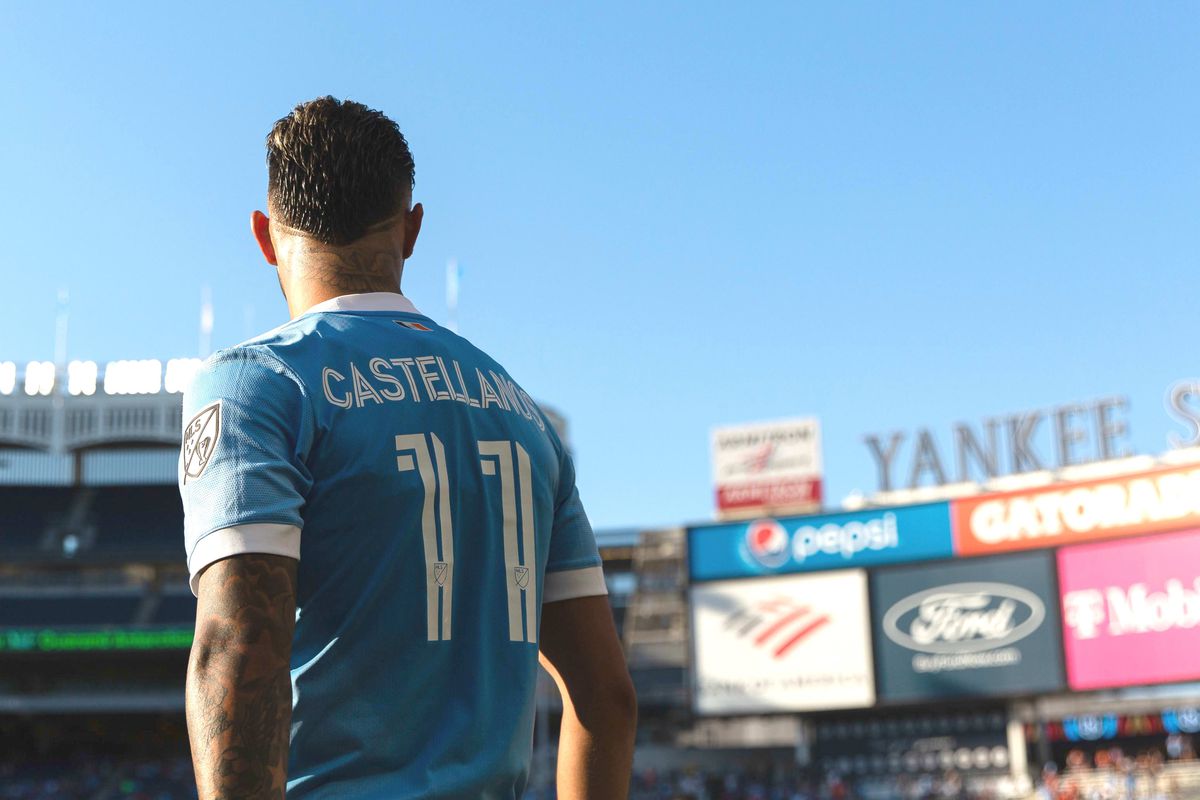 Castellanos leaves New York City F.C after four years with the club. The team announces Monday that Castellanos has signed a one-year loan to join Spanish side Girona, ending his time at the Big Apple.

Arriving to the team at the age of 19-years-old, he has come a long way from when he first started his career.

Before Coming to New York

Born in Mendoza Argentina, Castellanos began his career at Universidad de Chile’s youth academy. Before making his senior appearance in 2017 he was loaned out to Torque in the Uruguayan Primera Division. He made 23 appearances and scored four goals with the senior team.

In 2018, Torque loaned out Castellanos to New York City F.C. Their goal for the young Argentinian was to groom him to replace legend David Villa. Villa captained the club for four seasons and left the team in 2018 with 80 goals. He also scored his 400th career goal at Yankee Stadium against F.C Dallas.

During his first full MLS season in 2019, Castellanos scored 11 goals in 24 starts. He was overshadowed by Brazilian striker Heber, who had 15 goals on the season and Romanian midfielder Alexandru Mitrita, who had 13 goals.  Not many knew who Castellanos was until he began to score for the team.

Castellanos learned a lot during his first full season with New York City F.C. When head coach Ronny Deila took over the squad in 2020, he set him as the main striker. Due to the shorten COVID-19 season, Castellanos recorded six goals in 14 games. He was also named MLS player of the month for October and November.

With Mitrita leaving for Saudi Arabia and Finland international midfielder Alexander Ring leaving for Austin F.C, it was Castellanos’ year to shine. The 2021 season was his best season in his career so far. He scored 19 goals in 32 appearances while also winning the MLS Golden Boot. The young Argentinian quickly became a fan favorite early in the season.

During the run to the MLS Cup, Castellanos scored three goals in the playoffs. He also scored during the finals against Portland and made one of the penalties during the shootout that got them their first MLS Cup in club history.

This Season in the MLS

Castellanos has kept the same form heading into the 2022 season. He currently has the most goals in the MLS so far with 13. Rumors about his future circulated all season about a potential move to Europe. According to him, his accomplished everything he can in the MLS and wants to explore his options.

“I had the opportunity to win the Golden Boot last year, to be champion in the [Eastern] Conference and be champion of the entire league. I don’t have anything else to win here, but I’m still in this league” he said.

The 23-year-old has only made six appearances with the Argentinian U-23 team. Castellanos has admitted if he was playing on a bigger league he would get more call-ups from the national team.

“Obviously it would help. If the head coach of Argentina knew I was playing for River Plate, one of the biggest clubs in the country, it would boost my chances” he said. “They are playing in important competitions like the Copa Libertadores and if I’m playing well there I could’ve received a call up.”

With the move to Girona now official, Castellanos leaves New York City as a fan favorite. His last goal was the game-winner against rivals Red Bulls on Jul. 17. The fans at Yankee Stadium gave him a warm good-bye on his “unofficial” last game last Saturday.

During the 11th minute of the game the supporters section held a banner that read “Gracias Taty Campeon Leyenda” (Thank you Taty, Legend Champion) while chanting “Taty, Taty, Taty, Goleador” (Taty, Taty, Taty, goal scorer). He shedded tears after receiving his final Man of the Match award after the game.

New York City made the decision to loan him to Girona because of his talent on the pitch.

“I think part of the reason for us making this decision is we think that by Taty performing well in Europe” said Sporting Direction of New York City F.C David Lee ESPN. “I think all those things will, hopefully, allow Taty to settle quickly, and be able to make an impact as quickly as possible during the season.”

Castellanos leaves New York City as the second top scorer in club history with 53 goals and 20 assists. He looks to play his first game on Sunday Aug 14 when Girona open their La Liga return against Valencia.

NBA Offseason Skill And Value Ratings
A U.S Open Cup Finals That No One Expected