Cavaliers Opener: The Good, the Bad and the Ugly 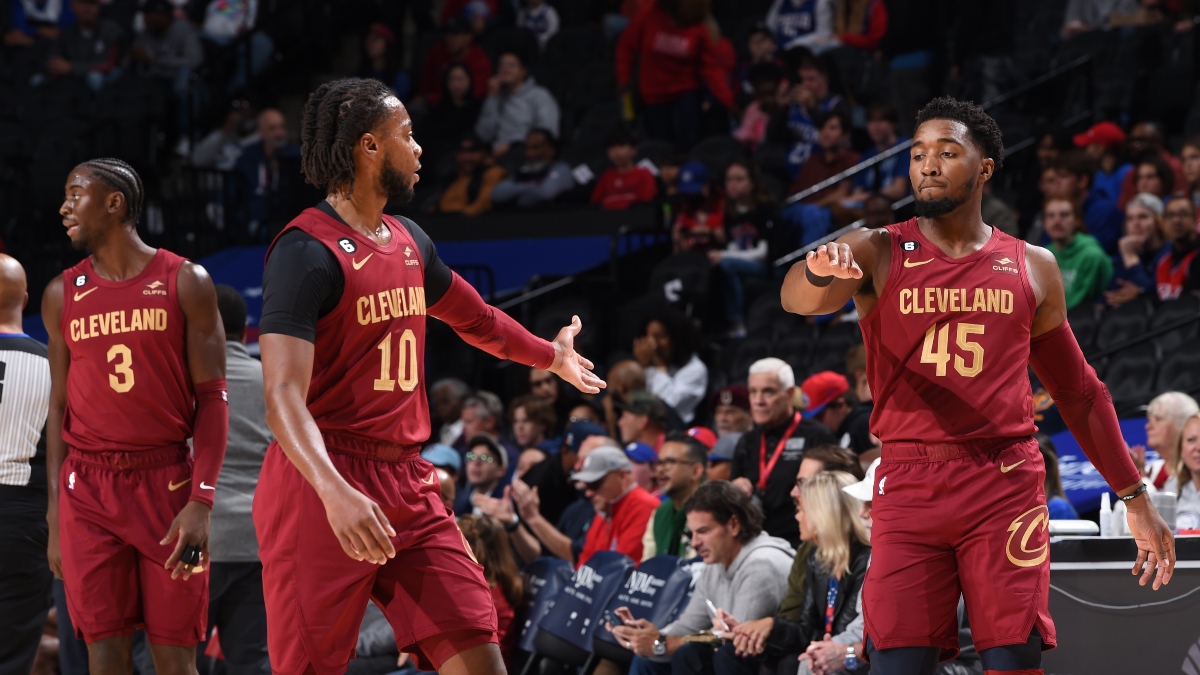 The Donovan Mitchell-era Cleveland Cavaliers have officially begun, and while it didn’t go as planned, losing a close game to a strong Toronto Raptors’ squad in Canada isn’t anything to be ashamed of. It’s hard to get a really good grasp of this Cavaliers squad with arguably their best player in Darius Garland missing the entire second half due to an eye injury, there were certain things that really jumped out in their debut. 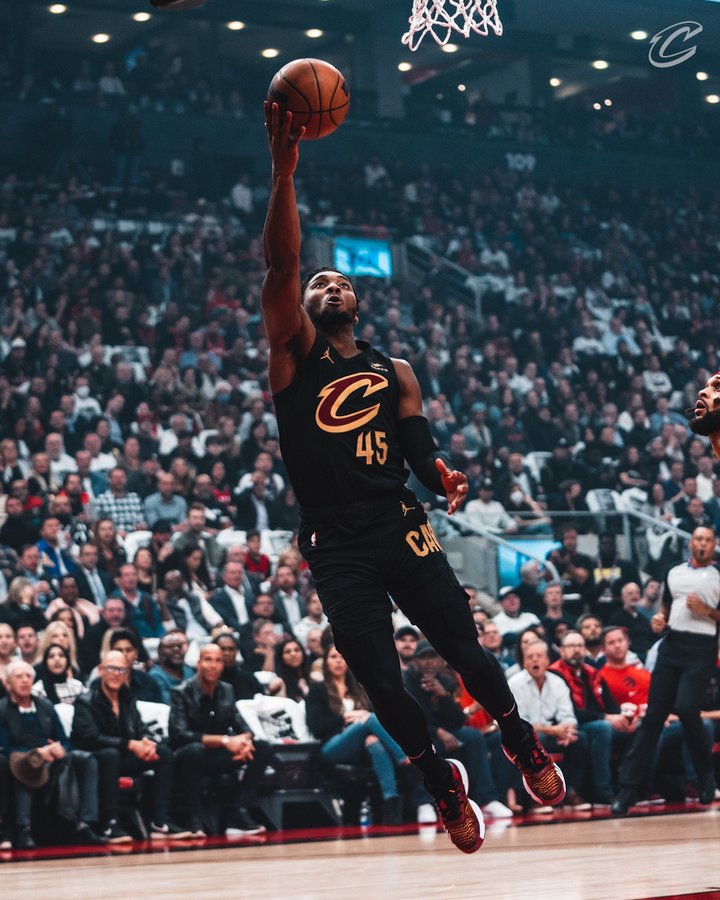 Donovan Mitchell is really, really good. He looked fantastic all game, and was pretty much carrying the team on his back, especially in the second half with Garland out. Whenever Mitchell took a seat, the team almost immediately gave up a run. While individual game +/- isn’t a very useful stat, he was by far the highest Cleveland starter at +10 and was the second highest in the game on either team despite the loss. Mitchell was getting into the lane at will, either finishing well or making the right pass to the corner for an open three. He ended with 31 points on 12/21 shooting and nine assists, sharing ball-handling duties with Caris LeVert with Garland out. The pick-and-roll also looked good with either Evan Mobley and Jarrett Allen, with a number of lob opportunities created and Mitchell looked comfortable with defenders going over or under the pick. That’s going to be a dangerous option for the Cavs all year. As far as a debut goes, this was about as well as it could’ve gone for Mitchell besides getting a win. 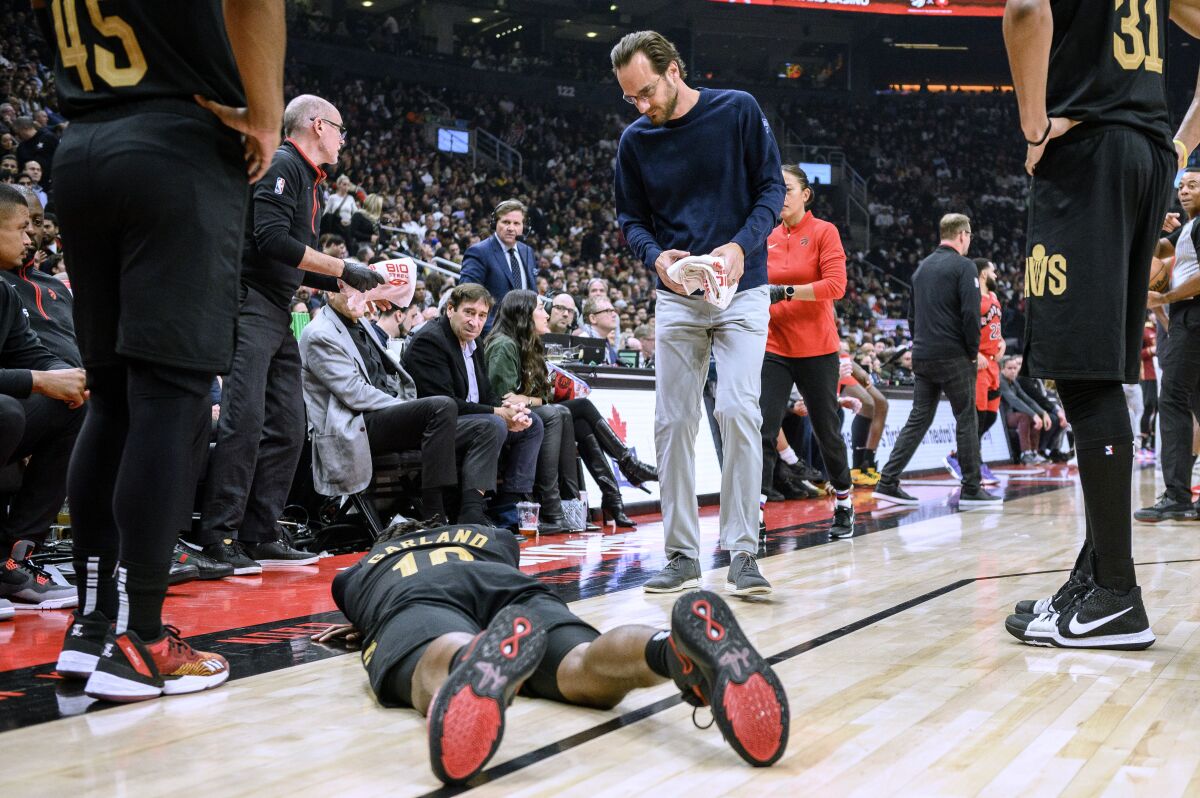 Injuries killed the Cavaliers last year, and they’ve already reared their ugly head with Garland going out. A huge problem with the Cavalier’s last year was when Garland went out, the team would often really struggle to break down teams in the half-court. Mitchell was able to fill the role, but then the same issue would arise when Mitchell would go out. LeVert’s playmaking in a vacuum isn’t horrible, he can dribble and make the right passes, but he is not enough of a real threat off the bounce to really suck in the defense like Mitchell and Garland do. Defenses are fine with LeVert taking close and mid-range shots as long as he’s even somewhat contested in a way that they aren’t with Mitchell or Garland. He went just 2/7 in the game, but he did end with seven assists to his credit. It just doesn’t seem like the Cavs need LeVert, Mitchell and Garland all on the same starting lineup. 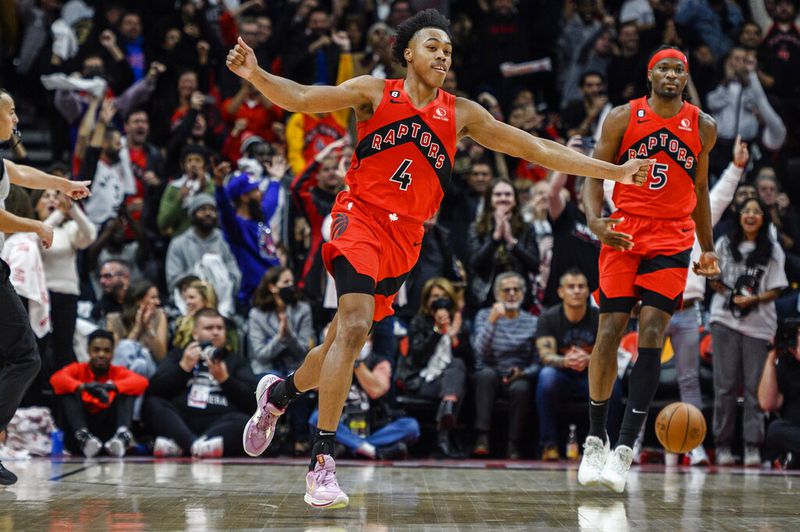 The Cavaliers not named Mitchell didn’t really bring it tonight. Ugly may be too strong of a word, but there wasn’t too much to be impressed with either in their season debut. Allen did his normal thing, picking up an efficient double-double with good interior defense, but he’s not really a game-winner on offense and it showed. Meanwhile, Mobley was handily beaten in the 2021 Rookie of the Year battle, with Scottie Barnes dropping in 15 points and seven assists and making a number of big plays late to help the Raptors’ comeback. Isaac Okoro looks no closer to becoming a positive asset on offense, and Raul Neto (who only played six minutes to be fair) does not look like he can be the stopgap until Ricky Rubio comes back. At least Cedi Osman showed out a bit, but he does seem good for a few of these games every year without any consistency. He might be a better option than LeVert in the starting lineup though if he can score like this.

Overall, the Cavs looked much the same they did last year, where if one of the two main ball-handlers (last year it was Rubio and Garland, this year it’s Mitchell and Garland) then the team really struggles to break down  good defenses. Luckily, the Garland issue shouldn’t be too long term, and that duo seems like it will be incredible. Rubio will also come back, and if he can play like he did last year that will mitigate the problem further.

The true ugly in the Cavs’ debut though might have been the officiating. Whining about officiating as the losing team often comes across as just sour grapes, but the Raptors were able to be extremely physical with the Cavs all night. Harping on that is counterproductive, but it’s worth mentioning at least in passing.

Things to Take From this Debut

Overall, the Cavaliers shouldn’t be too upset with the loss. Losing by just three points to a good Raptors squad in Canada without Garland for a half is really not bad at all, especially if you want to consider the officiating. Even if you don’t, it’s hardly a tragic loss. The real thing to takeaway was just how darn good Mitchell looked, and he looked like an absolute game changer in every way on offense, and was not quite the traffic cone he used to be on defense either. Mitchell might just be on his way to superstardom if he continues to play like this, and if he ascends, so do the Cavaliers’ championship hopes.