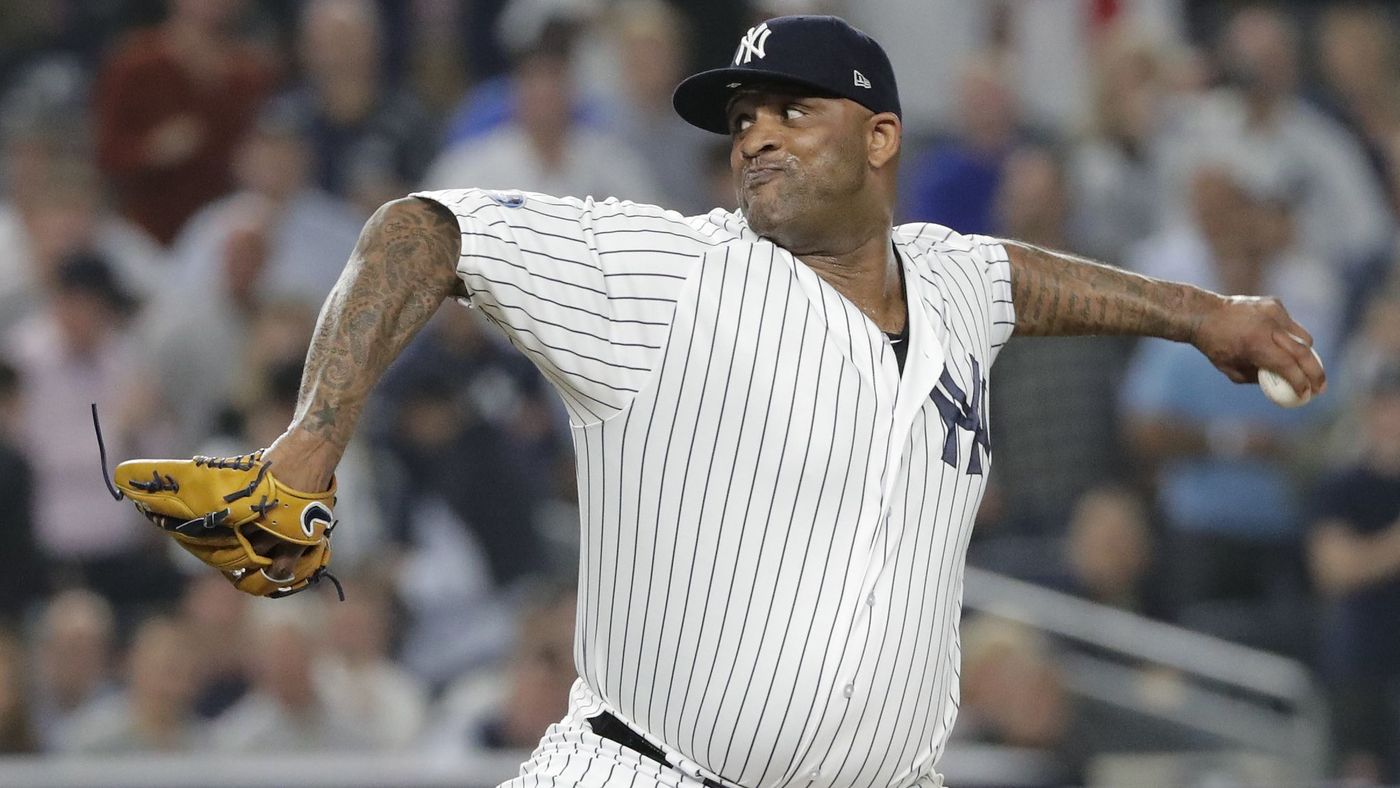 CC Sabathia will play his last season in big leagues this year and it is nothing short of an honor that like many others before him, he has decided to end his career as a Yankee. To give some context about Sabathia, let’s take a look at his career before 2009 – his first year wearing pinstripes.

Sabathia was at the top of his game when he first arrived on the Yankees. He was already a 3x All-Star, a 2007 CY Young Award winner, fresh off throwing back-to-back 240+ inning seasons, and already thrown more than 1600 innings at prime age of 28 years old. CC came off his best year as well. Despite having a 6-8 record with a 3.83 ERA (back when innings mattered), he turned over a new leaf when he was traded to the Brewers in 2008. The rest, as you can say, was history. In one of the greatest second-half performances by a pitcher in Major League history, CC carried the Brew Crew to their first playoff berth in 26 years, essentially CC’s entire lifetime. Sabathia put the Brewers on his shoulders and never looked back having an 11-2 record with a 1.65 ERA. In just 17 starts, he pitched 130 innings, averaging nearly 7.2 innings per outing. If he was not known as a workhorse before, 2008 fully cemented his status as a pitcher any team to depend on.

After the remarkable run with the Brewers, CC was a free agent for the first time in his career. Thus, who else but the Yankees, fresh off the first time not making the playoffs in thirteen years, would go after the top pitcher on the free agent market. The Yankees blew all competition out of the water with a 7-year/$161 million contract, the largest contract for a pitcher in Major League history. Once again, CC Sabathia put a new team on his back. For the third consecutive year, he eclipsed the 200-inning plateau, with a 19-8 record and 3.37 ERA in 230 innings. The Yankees, of course, won the 2009 World Series, which was the last championship of the iconic Core Four (Derek Jeter, Jorge Posada, Andy Pettitte, Mariano Rivera). All four of those players were remembered as Yankees for life, and retired as Yankees. Years went by, and as CC remained on the Yankees, the players on the Core Four, slowly started to disband. After Jeter’s retirement in 2014, the Core Four no longer existed, and many people of the Yankee universe wondered if there would ever be such a quartet to wear pinstripes again. The fact of the matter is that there may not be a group like the Core Four that won four World Series together again (Posada did not receive a ring in 1996).

However, there is a dynamic, developing Yankees core that is arguably just getting started. This past offseason, rather than break the bank and sign Machado, the Yankees decided to lock up some of their young talent. This past month, Luis Severino signed a 4-year/$40 million extension with a $15 million team option for the fifth year. Although Severino slowed down in the second half of 2018, he was arguably the CY Young award winner of the first half of 2018, and placed third in the CY Young award race in 2017. Pitchers like Luis Severino don’t come cheap. Actually, Severino could have very well bet on himself, and tested free agency during his prime years. Does the young flamethrower with a wicked slider, sound familiar to you? Yep CC Sabathia was also a young flamethrower with a wicked slider, and the Yankees paid a lot of money to pry him away in free agency. Thus, rather than wait for Severino to win some hardware, and potentially a ring too, the Yankees locked him up with an AAV (Average Annual Value) of a cool $10 million.

In addition, the Yankees also locked up-and-coming outfielder Aaron Hicks with a 7-year/$70 million extension. The former 2008 first-round draft pick of the Twins was traded for third-string catcher John Ryan Murphy (fun fact he caught Rivera’s last game). While Hicks did not live up to expectations with the Twins, he has exceeded expectations with the Yankees. The past two years with the Yankees were the best of his career. Last year, Hicks improved on his 2017 campaign with career highs in seemingly every category and is only 29 years old. If Hicks did not sign the extension and had another solid year, he potentially could have received a higher contract than Lorenzo Cain (5-year/$80 million). The Yankees would be without a reliable center fielder for the 2020 season and as a result, the extension may have saved the Yankees money, and they locked up a very good player.

The extensions will in all likelihood not stop there. There have reportedly been negotiations to extend 2020 free agents Didi Gregorious and Dellin Betances. Also, it’s not hard to imagine the Yankees locking up players like Aaron Judge, Gary Sánchez, and other young stars.

While there are certain events to look forward to in CC’s swan song such as becoming the 17th player ever to record 3000 strikeouts (that is more rare than having a perfect game or joining the 3000 hit club; let that sink in), or the gifts and ovations he might receive from opposing teams, there is one possible event that stands out to be the perfect finish to Sabathia’s hall of fame career. The workhorse whose baseball pants almost look like pajamas on his large frame, and always sweats a river on the mound, could finish his Yankee career exactly how he started it: with a World Series championship. Although the 2019 Yankees team is vastly different from the 2009 Yankee team, with a second ring on his finger, CC could very well be apart of the beginning of the next, legendary Yankees core.

Everything You Need to Know (and more!) About the Yankees 25-Man Opening Day Roster
Big Blue Report: Giants News Update!!