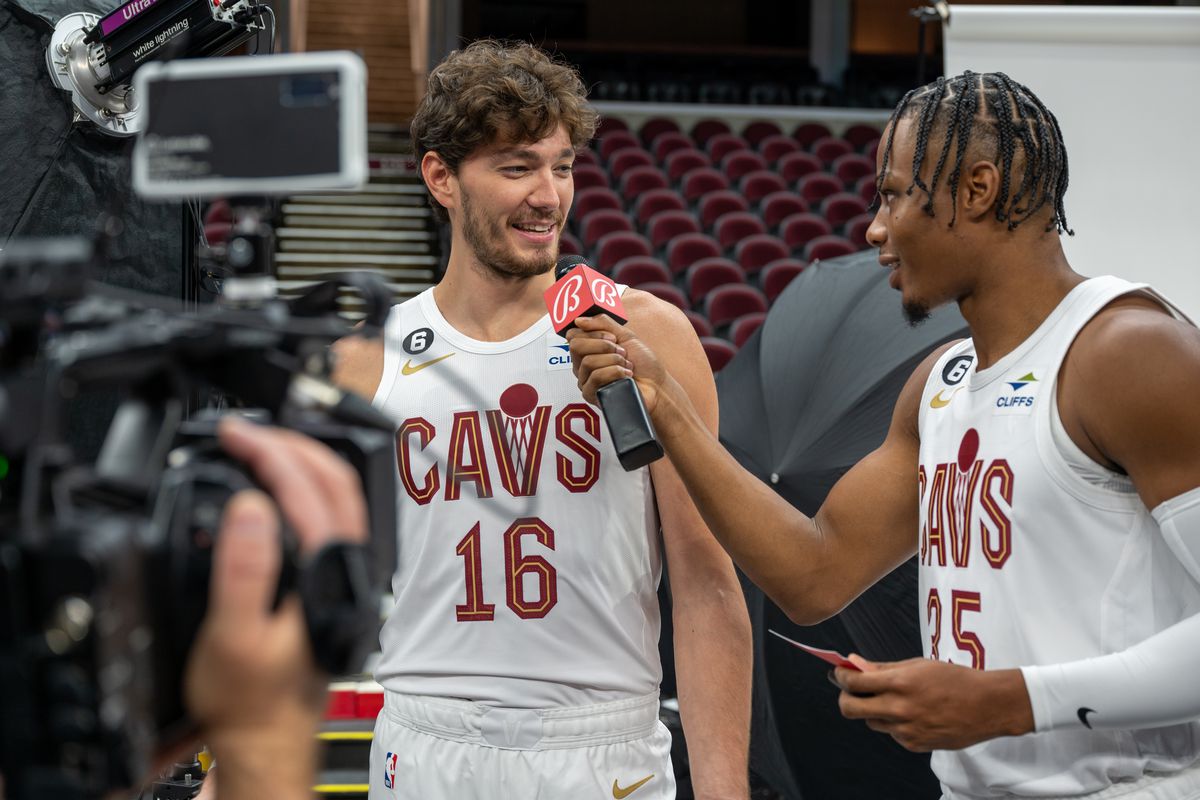 The Cleveland Cavaliers have had a strong start to the season despite a slight stumble on their debut. The Cavaliers have won two straight and their new marquee signing, Donovan Mitchell, has been playing at an MVP level while carrying the team through with Darius Garland missing time with an injury. Another hero for the team has been Cedi Osman, who’s been enjoying one of the best stretches of his career and perhaps in life.

Osman, who got married over the summer, has been playing himself into the Sixth Man of the Year conversation, albeit on a very small three-game sample size. Despite that, he’s averaging 16 points per game, just behind Mitchell for the team lead with a slash line of 56.7/57.1/100 thus far. His hot shooting is a big reason the Cavaliers are the most accurate three-point shooting team in the league so far, although again, on few attempts. Osman won’t stay that hot for sure but putting up a career year in terms of scoring and efficiency is certainly in the cards for the sixth-year pro. While Osman can get overly ambitious at times, his constant movement and deadly outside shooting is causing opposing defenses to always take note of him expanding the court for others.

Speaking to the media after practice on Tuesday, Osman fielded many questions about his hot start. He repeatedly mentioned his strong work in the offseason allowing him to settle into a different and more prominent role in the offense as well as his work on the defensive side that is earning him extra minutes. Of course, he also attributed a large amount of his success with his rapidly forming chemistry with Mitchell, who has been handling the ball with Garland out.

Of particular note was Osman stating he can already anticipate much of what Mitchell wants to do, a remarkable statement considering they’ve spent just one offseason and a few games together. Osman said the fact that they both like to push the pace and get out & run has been a major factor in their newly found harmony and that he always makes sure to stay in Mitchell’s vision when they are running the break or when Mitchell gets inside on one of his many drives.

Osman also fielded a few questions about his young marriage and has said the fact that his wife, Turkish actress Ebru Sahin, actually being in Cleveland now has given him a morale boost in game. We’ve had father power-ups before (Fred VanVleet in the NBA Finals) and maybe we are seeing the newly married power up for Osman, who looked happy as in his interview with the media. With how he’s playing and how his life is going right now, it makes all the sense in the world.

Coach J.B. Bickerstaff and Caris LeVert also fielded questions on the day. Bickerstaff put the dagger in early, confirming that Garland is not likely to play in the upcoming game against the Orlando Magic, but he is back on the practice floor at the very least. When asked about the defensive schemes, Bickerstaff said that analytics are involved in deciding what to allow on the defensive end as well as the overall trend in the NBA. Considering the Cavs start two of the best interior defenders in the league in Jarrett Allen and Evan Mobley, Bickerstaff made note that the modern NBA is conceding the midrange jump-shot, which tends to play into the Cavs strategy as well.

Speaking of Mobley, questions were asked about his relatively low number of shots considering his near miss Rookie of the Year campaign last year which many expected a massive sophomore leap but that hasn’t quite manifested yet. While the reduction in shots was going to be a problem when acquiring Mitchell, Bickerstaff did reiterate several times that he needed to get Mobley more involved in the offense and get him more looks with how versatile he is. They are happy with the quality of shots he is getting, but not necessarily happy with the volume. Part of that comes with how great Mobley is at not forcing things and making the right pass and Bickerstaff did mention that they like what he’s doing when he gets into his spots.

Bickerstaff also noted how good Dean Wade has been at integrating into the team selflessly, which is his personality on and off the court. Wade has also been fantastic in small doses, making the most of the few shots he’s been getting. Wade has started off the season by making eight of his eleven field goals, including four triples on seven attempts.

As for Ricky Rubio, who Cavs fans will be excited to get back after the season he had last year, Bickerstaff said there hasn’t been any significant updates as of now. Rubio was getting workouts in on the court and running through individual drills just a few feet from the media scrum.

Caris LeVert has taken on an expanded Swiss Army knife type of role especially with Garland out which has allowed him to be a secondary ball-handler behind Mitchell. While the scoring efficiency isn’t where the Cavs would like, he’s doing a good job of setting his teammates up, averaging 6.3 assists so far and showing a good handle as a play initiator.

Encouragingly, while LeVert admitted earlier in his career the lack of personal scoring would have affected his outlook on the game, he’s matured since then and has been able to stay locked in especially defensively. According to him, that’s a must as his expansive role requires that level of focus and he’s been able to find the joy in defense now. He did say having offensive juggernauts like Garland and Mitchell help him find that extra gear on defense, and it also helps that the team is incredibly switchable given how mobile & athletic Mobley and Allen are for their size.

As for questions about his status as a starter, LeVert said there wasn’t a formal conversation that was had, he was just running with the ones in practice and when it came time to prep for their opening game, his name was in the starting lineup. While there has been some speculation about how his talents really fit in with the starting unit, especially when Garland returns and with how Osman has performed, there were no indications that LeVert would be moved to the bench anytime soon.