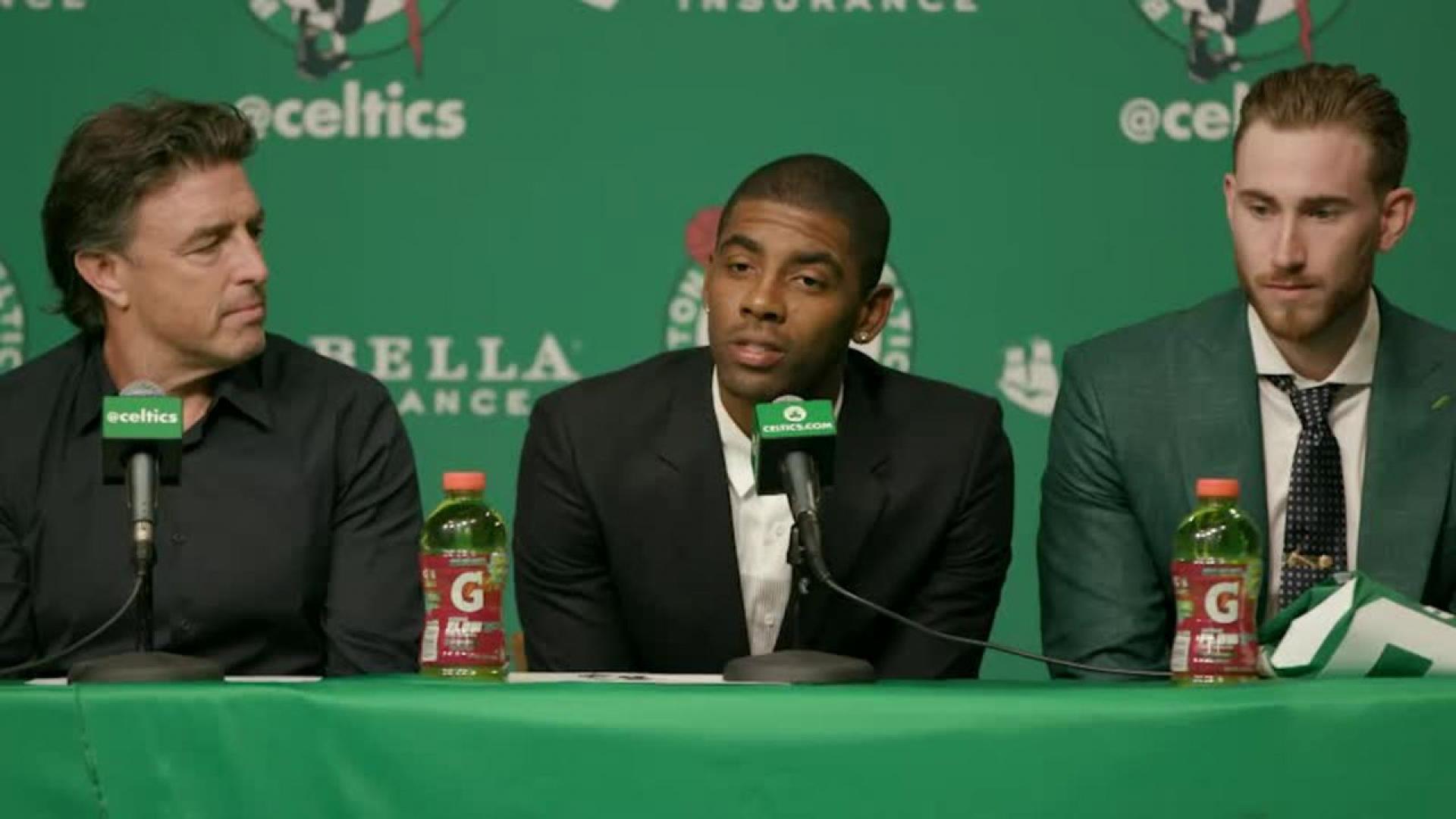 While it’s still early in the season, a lot of teams are either exceeding their expectations or failing to even come close to them. For the Boston Celtics, they fall into the former category.

Currently sitting atop not only the Eastern Conference, but also the entire NBA, at 12-2, the Celtics are currently on a 12-game win streak with Kyrie Irving leading his new team.

On opening night in the NBA when the Boston Celtics took on the Cleveland Cavaliers, less than six minutes into the contest F Gordon Hayward had a gruesome leg injury that ended his season before it even got started. Immediately after, once everyone stopped crying and praying, people were asking themselves “can the Celtics still challenge the Cavs for the title of ‘best team in the East’?” or even more so, “will the Celtics even make the playoffs anymore?”

If you ask me, the question of whether or not they would still make the playoffs was a bit of stretch. After all it is still the East.

However, wondering if they would be able to challenge the Cavs for the best team in the East was a valid question. For a team that was three wins away from the NBA finals last season, adding the likes of Hayward, Jayson Tatum and swapping Isaiah Thomas for Irving means things could only get better going forward.

On that same token, this year in addition to their usual suspect (LeBron) who always stands in their way, the King now has some help with 3x NBA champion and friend, Dwyane Wade, joining the team. They also added Jae Crowder, Jeff Green and former Celtic, Isaiah Thomas. That’s why it was a valid question.

However, much to the surprise of many, the Cavs currently are one game below .500 (6-7) and are 9th in the East. So that, in addition to how the Celtics are on a roll right now, it’s understandable why one would believe in the hype and wonder how things will turnout in the Spring.

To make the storylines even more entertaining, the one who is leading the Celtics to these victories is none other than former Cavalier, Kyrie Irving.

Today Irving sat out with a facial fracture, and therefore missed game 12 against the Raptors, but for the previous 11 games during this run he put up some impressive numbers.

As we have seen throughout his career, Irving doesn’t shy away from the spotlight when it comes to being “the guy” to lead a team. After an impressive game against the Lakers, Doris Burke caught up with Irving to ask him about the current run they’ve been on.

“It’s a new challenge, a new chapter in the book that I’m consistently writing every moment as I live this gracious life,” said Irving. “It’s awesome to go through it with these great guys that we got in our locker room. We understand that we don’t want to take any moment for granted, and experience is the best teacher for us going forward.”

Once again it is still early in the season to make assumptions about what will happen come playoff time, but it’s safe to say the remaining two times this season that the Celtics go head to head with the Cavs will be must-see television.

See you on January 3.

What’s Up With OK3?
Magic at the Garden