Celtics, Lakers May be Better Than Advertised 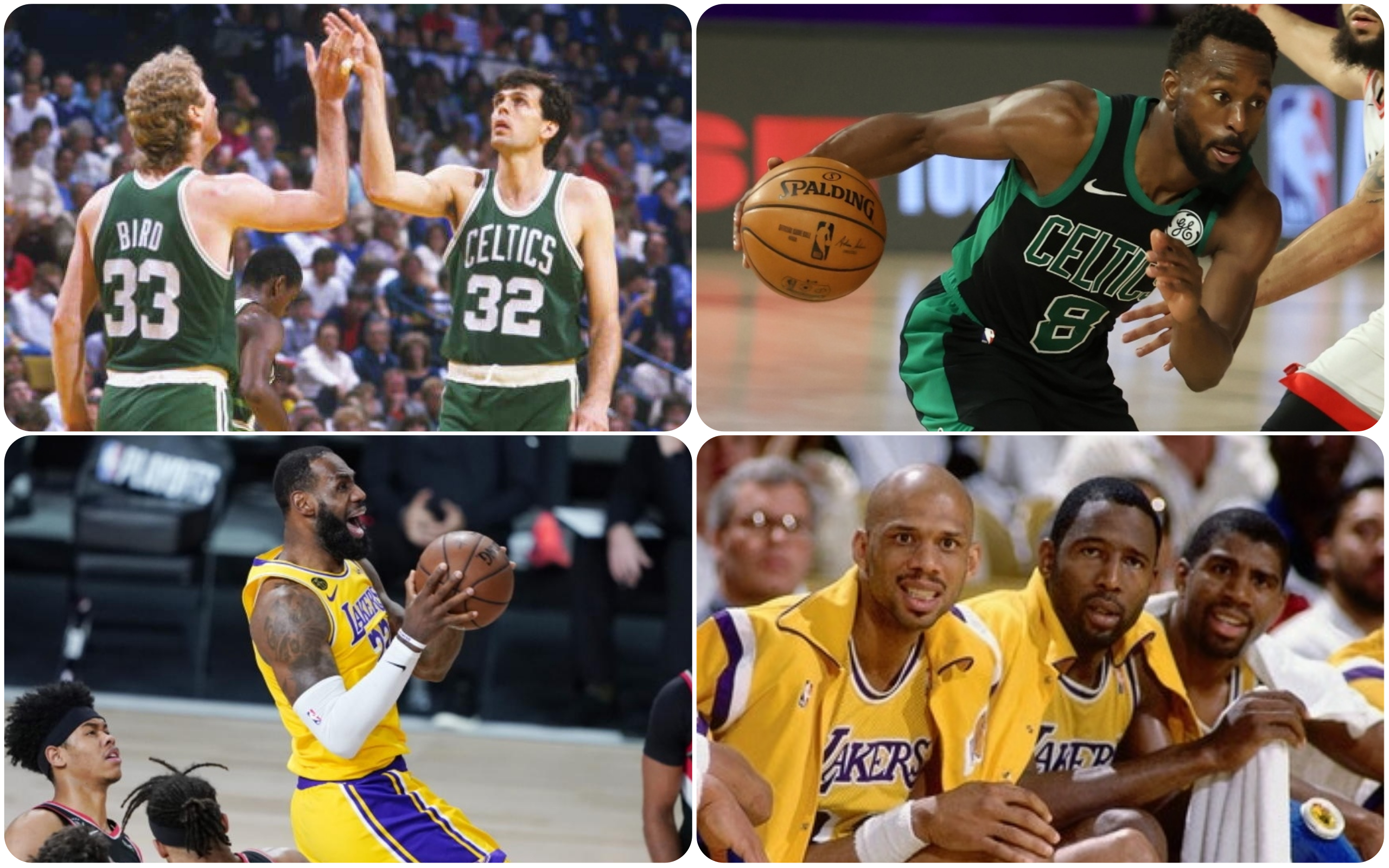 Vintage Lakers and Celtics have to be impressed by their generational counterparts, who may be heading for a collision course - certainly on their way - for an NBA record 13th appearance in the NBA Finals.

Those who do not learn history are doomed to repeat it.

In a time when it seems many only want to tear down history and re-write their own, the Boston Celtics and Los Angeles Lakers are only interested in re-writing recent histories and repeating the always entertaining rivalry between the two storied franchises.

The Celtics and Lakers have met an NBA record 12 times in the NBA Finals dating back to 1959. You couldn’t go through the 1960s, 1970s, and especially the 1980s without mentioning one of these two teams, if not both.

2020 – as messed up as it has been – may be a marketing boon for NBA Commissioner Adam Silver if these two teams meet again for the 13th time (only a ‘13’ would happen in 2020, though, in what has been one of the most unluckiest years in history).

Boston won 4-0 in ‘59, but the series has gone all seven games five times over the years with the Celtics winning four of them, and the Lakers winning the fifth seven-game set back in 2010. Boston has won nine of the 12 meetings, which I’m sure is what led my former roommate back in Portland to bet on the Celtics against the Lakers in the summer of 1987.

Andy Johnson, my roommate and good friend, had the testicular fortitude and naivete (some might even say stupidity) to walk around Multnomah Falls Lodge, where we were assistant chefs at the time, and put his entire monthly paycheck up at the time, and talk trash daily. Even after Kareem Abdul-Jabbar, Magic Johnson, Byron Scott, James Worthy, A.C. Green, and Michael Cooper took an easy 2-0 lead.

That was about as stupid as Charles Barkley and I saying the Portland Trailblazers would vanquish the Lakers this year in the bubble in Orlando.

After falling 0-1, the Lakers got the wakeup call they needed and won four straight to send the Blazers packing, for their first 1st round win since 2012, the year that was supposed to be the end of the world as we know it.

True to his word, Damian Lillard said he would not continue the season if he didn’t think the Blazers could win. He watched from afar as C.J. McCollum dropped 36 and Carmelo Anthony arguably played his best game as a Portland Trailblazers.

(Hopefully, it won’t be his last).

But LeBron James and MVP hopeful Anthony Davis were not going to be denied on Saturday night. The dynamic duo combined for 79 points with Davis having the upper hand at 43 points and 77.8 percent shooting, while James hit 73.7 percent and logging a historic triple double with 36 points, 10 rebounds, and 10 assists.

The Celtics were the dark horse favorites to take over the Eastern Conference crown from the Toronto Raptors, but started the bubble’s eight game slate a meager 1-2, losing to the Milwaukee Bucks and Miami Heat (both teams still in the playoffs and facing one another beginning tonight).

But then they won their next five games in the seeding schedule and four straight over the dysfunctional and injury-riddled Philadelphia 76ers.

Last night made it 10 straight wins for the Celtics, as they dismantled the reigning NBA Champion Toronto Raptors with about as much precision as they did in Game Four of the seeding schedule, a game Boston won by a larger 22 point margin.

A 59-42 first half (88-73 after three) put the Celtics in cruise control last night, much like the surgical 91-57 three quarter run back on August 7th doomed the Raptors.

A balanced seven player, double digit attack buoyed the Celtics in the ‘regular season’ meeting in the bubble, while last night was eerily similar, Marcus Smart joining Jayson Tatum as the leading scorer, both with 21 points as the Celtics took a 1-0 series lead.

This time, without Gordon Hayward, who may heal in enough time for the NBA Finals.

As it stands today, these two teams are on a potential collision course to meet in the NBA Finals for a record 13th time.

I took Andy Johnson’s paycheck – yes, I did – in front of everybody at work who he’d talked smack in front of (more than Gary Payton ever would).

However, 33 years later, I’m hoping Andy isn’t able to track me down for another bet.

(Disregard the Twitter link at the bottom of the page if you’re reading this, Andy).

One, because I make a lot more money these days. And, two, he’d have to take the Los Angeles Lakers and I would likely be putting my money on the Boston Celtics.

Not sure if it’d be my whole month’s salary, but ….