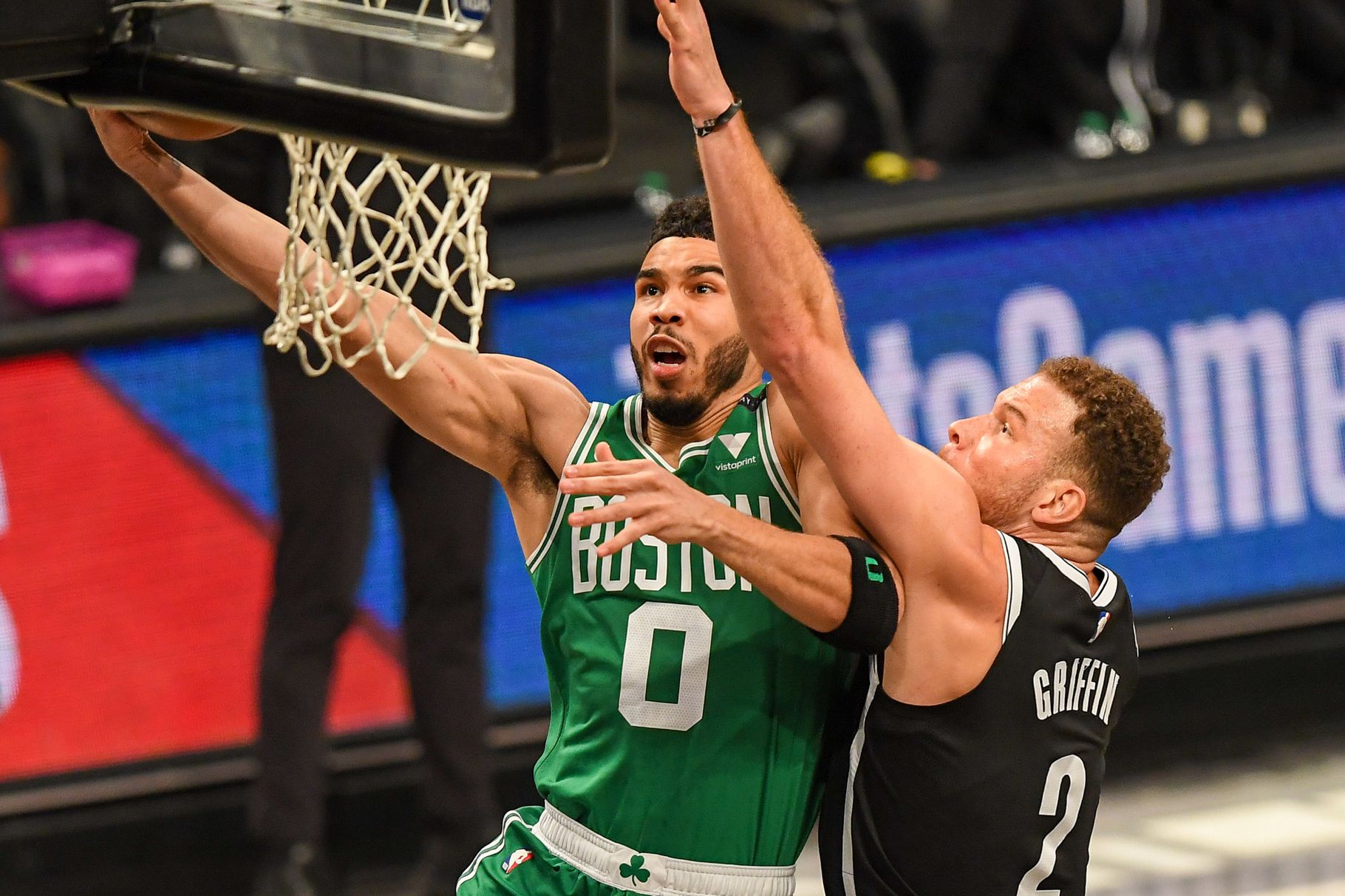 This weekend us basketball fans got to have our first taste of the NBA playoffs this season. With a few upsets it was exciting to say the least. It’s worth noting though that if it wasn’t for a strong second half by the Brooklyn Nets, there would have been one more with the Celtics coming out on top.

The big 3 of Kevin Durant, James Harden and Kyrie Irving shot 11/32 from the field and 0/9 from deep in the first two periods.

Needless to say, this was a very out-of-character first half. Not just for the big 3, but for the Nets overall, who had (and finished with) the best-ranked offense in the league this year.

On the other hand, Boston was clicking on all cylinders. Before halftime they shot 40.9% FG and an astounding 52.9% 3FG, led by Jayson Tatum with 15 points.

Thankfully for the title favorite Nets though, a strong 3rd quarter (and an overall better second half) made it more competitive. Shots just started falling. This resulted in Brooklyn outscoring Boston 57-40 after halftime.

“We couldn’t make shots. I felt like when we tried to bust the game open 7, 8 points we got open threes we didn’t make…we stuck with our defense. We didn’t let that get in the way of what we wanted to do out there,” said Durant after his first playoffs appearance since 2019. “We helped each other and boxed out well. So, we’ve got to keep that same effort going into Game 2.”

Frankly, by the time the final buzzer sounded you wouldn’t know the Celtics were up at halftime.

For the most part, in Game 1 they finished with even more underwhelming numbers than they had in the three matchups they had against the Nets this season (which they all lost by the way).

So, if you’re a Celtics fan that’s definitely a cause for concern, but nonetheless the fact that they had the offensively-gifted Nets’ backs against the wall early in this one is something to build off of. With at least three more games left in their playoffs, let’s see if they can turn the ship around.