Change is Coming to the Atlanta Falcons 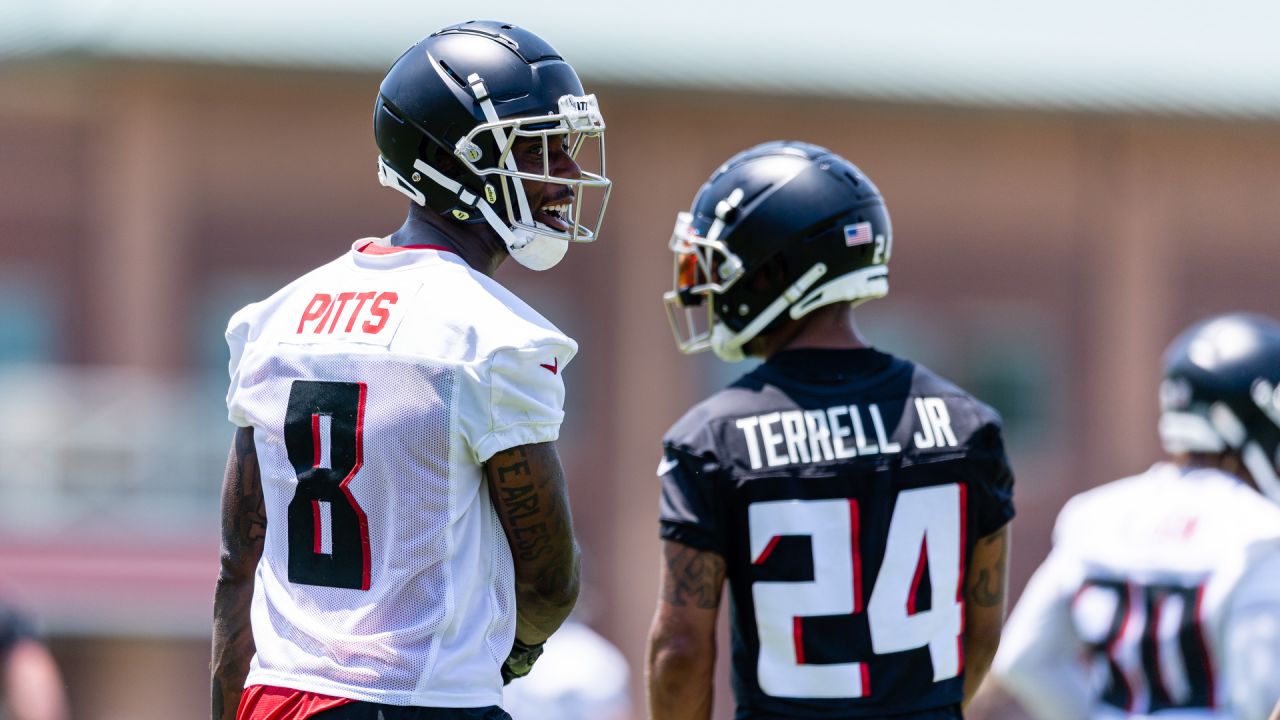 In what appears to be a rebuilding year for head coach Arthur Smith and the 2022-23 Atlanta Falcons, one thing remains clear — the team does not look very good.

Following an unimpressive 7-10 season, the suspension of star WR Calvin Ridley and the trading of 14-year veteran QB Matt Ryan to the Indianapolis Colts, Atlanta sits nearly last in most preseason projections.

So what does this mean for Atlanta?

In the form of QBs Marcus Mariota and Desmond Ridder, the 2022 Falcons offense looks a little different from those seen with Ryan under center.

Unlike Ryan, who is a precise pocket passer, Mariota and Ridder seek to take on a more mobile/dual-threat approach to the quarterback position — something Atlanta hasn’t seen since the Michael Vick era in the early 2000s.

Mariota, who started his NFL career with the Tennessee Titans in 2015, led Tennessee to two playoff appearances in his first four seasons, including a playoff win against the Kansas City Chiefs during the 2017-18 season.

After battling multiple injuries and getting benched behind QB Ryan Tannehill midway through the 2019-20 season in Tennessee, the Titans released him shortly after the season came to a close.

From there, Mariota signed with the Las Vegas Raiders as a backup to QB Derek Carr, where he was used as a gadget player for two seasons until his free agency.

The Falcons then signed the former Heisman Trophy winner to a two-year, $18.75 million contract just hours after Ryan officially signed with Indianapolis.

Smith, who coached Mariota as an offensive coordinator for the Titans, looks forward to seeing what Mariota can do in the red and black.

“He was one of the few guys out there who has won a playoff game as a starter. He has grown as a football player. He has been through a lot of systems, too. We went through multiple systems together in Tennessee and we expect to get the best version of Marcus Mariota,” Smith said, according to AtlantaFalcons.com.

Mariota also expressed his excitement for the reunion with his former OC.

“We’ve been through a lot, with different situations and scenarios,” Mariota said. “From that perspective, being able to bring those things out here on the field, we both understand that at the end of the day, we just want to play our best football.

“Art is doing a good job of allowing me to feel like I can go out there and play free. I’m excited for this chance to grow with these guys. I’m looking forward to the opportunity.”

Hailing from the University of Cincinnati, in which he led the Bearcats to the CFP playoffs and a phenomenal 13-1 record in 2021-22, the rookie is ready to prove himself at the next level.

“He’s light years ahead of most young quarterbacks from the neck up, and I will give him that compliment,” Smith said of Ridder, according to ESPN.

As a rookie, Pitts played a remarkable season last year in which he caught for 1,026 yards and 68 receptions. Moving into his second year in Atlanta, the 6’6” receiver is always seeking ways to improve mentally as the key centerpiece to the Falcons offense.

“Mentally, I’m trying to get better. There’s always room for improvement,” Pitts said, according to the Atlanta Journal-Constitution. “The mental, trying to dissect coverage faster … The mental side helps you play faster,  just knowing what the defense is going to do.”

Patterson also had a breakout year in 2021, the veteran running back/wide receiver hybrid rushed for 618 yards with six touchdowns and received for 548 yards and five touchdowns.

This season, whether he is running the football or receiving it, he is ready to bring his all for the Atlanta Falcons.

With Ridley out for the season, Atlanta desperately needed to fill the wide receiver gap. And that’s exactly why the team drafted London from the University of Southern California with its No. 8 pick.

London, who was a football and basketball star at USC, will be Atlanta’s No. 1 receiver this season. In 2021, he tallied up an impressive 1,086 yards and seven touchdowns for the Trojans despite a season ending injury on Oct. 30 in a game against the University of Arizona.

“I have a lot to prove and I’m ready to do it,” London said at the Falcons OTAs.

Always proving to be a serious scoring threat, Atlanta’s kicker never shies away from living up to the hype. In his three seasons with the Falcons, Koo has proven himself to be the third most accurate kicker in NFL history as 90% of his kicks have successfully split the uprights.

On the defensive side, an area the Falcons tend to struggle with, Atlanta has a few playmakers like DT Grady Jarrett and CB AJ Terrell.

With 38 solo and 59 combined tackles in 2021, Jarrett consistently proves to be a dominating force for the Atlanta defense.

Standing as one of the best cornerbacks in the NFL, Terrell is also an absolute problem for offenses.

“I don’t think I’ve ever had a running mate on the other side as talented as AJ,” said NFL veteran CB Casey Hayward of his new teammate, according to Fansided.

Hayward is going into his 11th NFL season, in which he has played for the Green Bay Packers, Los Angeles Chargers and Las Vegas Raiders. The two-time Pro Bowler is now ready to bring his energy to Atlanta, while serving as a kind of mentor for Terrell.

After a season in which the Falcons ranked dead last in sacks with only 18 and had the third worst third-down stop rate in the NFL, the team can only improve from here.

All and all, it’s no surprise the Falcons might look rough this season throughout their trials and tribulations around rebuilding a team, so what does this mean for Atlanta fans?

Be patient and trust the process.