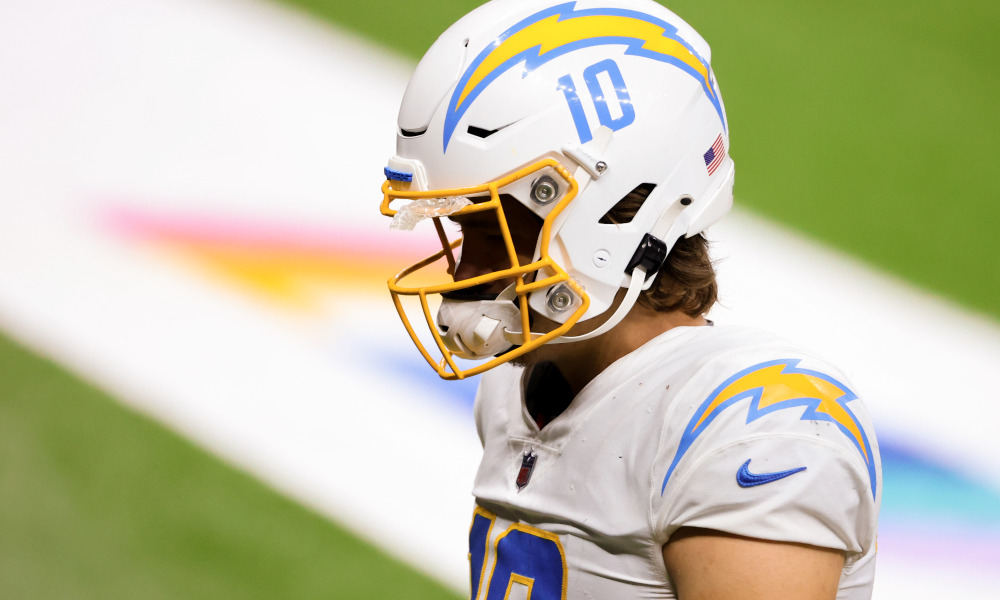 Heading into this season, Tyrod Taylor was the unanimous starter for the Los Angeles Chargers. However, a bizarre injury to the quarterback sidelined him permanently. Insert sixth overall pick Justin Herbert and the Chargers have a solid Rookie of the Year candidate. Herbert has had terrific performances against Super Bowl contenders in the Chiefs, Bucs, and Saints. Thus far the rookie has 1,195 passing yards to go along with nine touchdowns and three interceptions in his four starts. Though Taylor has registered the teams only win, Herbert makes the offense more versatile with his arm. The Chargers found themselves a gem in this past year’s draft.

The Chargers game plan this season was to be a run first offense. Pounding defense with the likes of Austin Ekeler, Joshua Kelly, and Justin Jackson. Ekeler and Jackson as the speed backs who can run and catch out of the backfield. While Kelly is primarily used as the power back. The Chargers were among the league best at running the ball after the first three games. They averaged over 150 yards a game on the ground. However due to Austin Ekeler’s hamstring injury that all changed. In the teams past two games the team has averaged 78.5 yards per game on the ground. When Ekeler returns, look for the number that goes back up.

Keenan Allen continues to be the number one target for the Los Angeles Chargers, catching 34 of his 50 targets for 356 yards and two scores. At the number two spot Mike Williams who is proving to be a favorite target for Herbert. As a deep ball specialist, Herbert and Williams have connected for quite a few highlight plays developing both chemistry and trust. Williams is averaging 17.4 yards per catch and two touchdowns. Fellow rookie Jalen Guyton is also in a key piece in the mix. The rookie connection between Herbert and Guyton is looking to be formidable. The two have connected 10 times for 174 yards and two touchdowns. As for the rest of the receiving corp, K.J. Hill, Joe Reed, and Tyron Johnson are still looking to make a mark on the field for the bolts.

Hunter Henry is Herbert’s security blanket. There is no way around it. The former Arknasas product is second in receiving on the team behind Kenan Allen. Henry’s numbers show that he has caught 22 of his 35 targets for 268 yards and one touchdown. However besides Henry, there is a lack of production from the other tight ends. Virgil Green is still seen as a primary blocking tight end. Donald Parham hasn’t had much action either besides his one touchdown catch in the week three matchup against Tampa Bay.

It is the same old story for the Los Angeles Charges at O Line. Injuries continue to be killer at this position. If it wasn’t for Herbert being mobile the production on the offensive end would be far worse. Injuries to newly acquired linemen Bryan Bulaga and Trai Turner have been killer. Not to mention the season ending and possible career ending hip surgery. With those three pro bowlers gone, production was doomed from the get go. Bulaga and Turner should return after the bye week. This should give Herbert more time to work in the pocket and more time for plays to develop.

The Chargers offense looks to be very promising in the future. The quarterback is there, the run game is promising, and the receiving corp are solid. The only problem holding this team back are injuries. If this team were to stay healthy, they can easily be a top offense in the league.