Chargers Keys to Success & What to Avoid 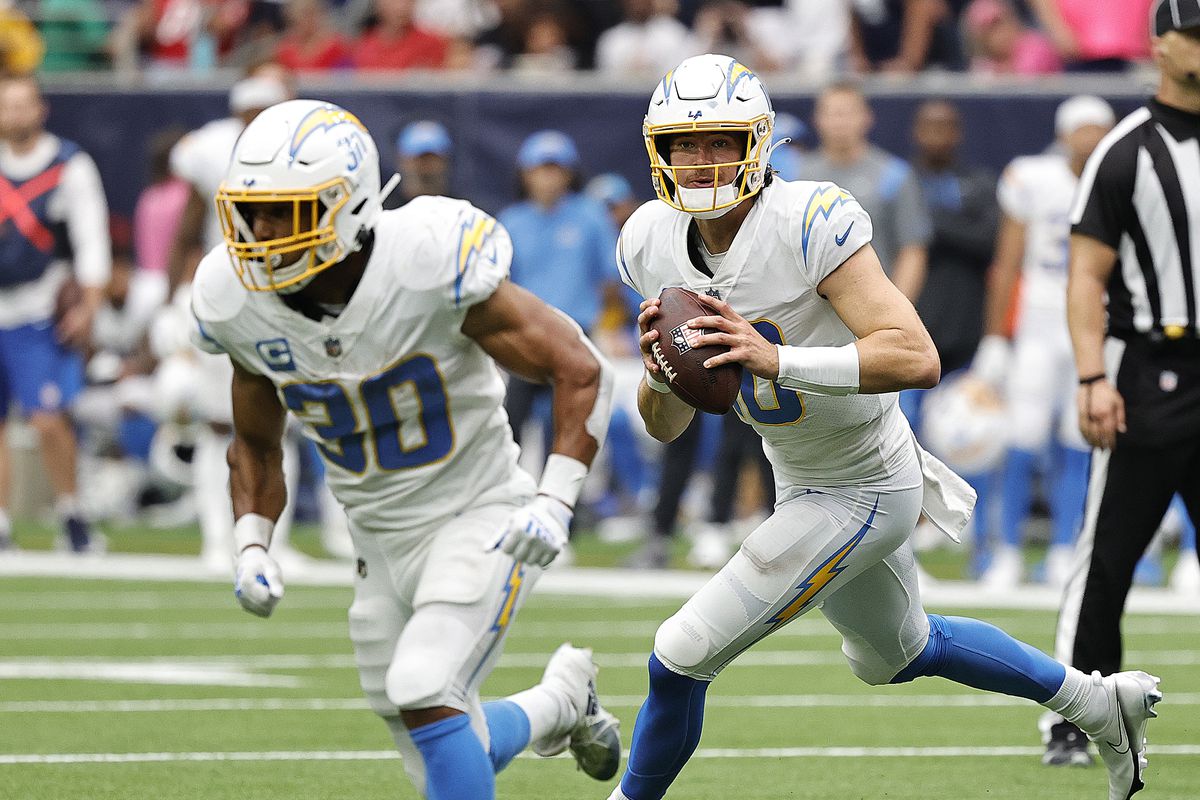 This Chargers’ season has not started as anticipated. All the time invested into well thought out acquisitions and money spent has not yielded the powerhouse winning machine the administration thought it would have and the fans believed to be possible. In the pre-season it just wasn’t snapping into place. This group of players is too talented for this mediocrity to be their season. Injuries and a coaching approach that is clearly not working has cost this team two games and caused injuries. I sincerely hope the team can turn it around and start living up to their potential. It must be incredibly frustrating for the players.

The Chargers have been hindered by injuries in their first four games. Losing their number one wide receiver, Keenan Allen, in week one has cost them. Allen has yet to come back and is still suffering from a hamstring injury. He hit a setback the week of the Texans game and heading into week five Coach Brandon Staley still said Allen is “day-to-day.” As of Wednesday, Allen was not a go for practice. The Chargers’ offense has struggled to produce and been inconsistent since Allen’s injury. His presence and what he brings to the field as well as to his fellow players clearly makes a difference. Instead of melding as a unit, finding that groove where they excel and dominate, the offense is scraping by not at all well. Matters were not helped when wide receiver Jalen Guyton tore his ACL against the Jacksonville Jaguars. On top of the wide receiver issues, the offensive line has also been plagued with injuries.

In the middle of week two, center Corey Linsley went down with a knee injury. Linsley sat out week three, returned in week four, and played 100% of the offensive snaps. However, Linsley’s injury wasn’t the end of it. The offensive line continued to suffer. The Chargers lost All-Pro left tackle Rashawn Slater to a torn left biceps tendon at the hands of the Jaguars. Slater was thought to be lost for the season, but the Chargers are optimistic and have placed him on IR. It is a good sign and means he could return at the end of the season or in time for the playoffs.

These offensive line injuries are still no excuse for the inability of the line to move the ball and score. Wide receiver Mike Williams has shown some stellar efforts to pick up the slack left by the absence of Kennan Allen, but one player cannot carry a line whether Allen or Williams. Williams signed a substantial contract extension this off-season. One hopes Williams will show he is worth the investment. As a whole, taking the injuries of the line into account and adapting play to capitalize on the strengths of your healthy players is a coaching job. So coaching staff step it up and coach. Develop their skill sets so that they can run circles around the opposing defense. This is your job. These are a talented group of athletes. They want to win. We want them to win.

There are several issues plaguing the Chargers. We have the injuries and not much you can do but adapt. However, if these injuries are due to improper or not enough strength and conditioning and plays that leave players exposed then those issues need to be addressed. The Chargers remain with an inconsistency at wide receiver and have not been able to establish a consistent run game which leaves them painfully short. It took four weeks for running back, Austin Ekeler to finally emerge. It couldn’t have helped that the Chargers’ offensive line has been shuffled around since the start of the season. Going into week 5, I am still scratching my head as to why this team is not performing better.

We are left to look at the coaching and play development. Too much money, time and effort was spent assembling the talent on this team to continue with a 50% win rate. At 2-2 going into week 5, we look at the questionable decisions made by offensive coordinator, Joe Lombardi in both the Chargers’ losses. In a game that should have been an easy win, the Chargers returned to old habits with late game mistakes costing points and potentially a game. Fans were left holding their breath. Thankfully, this wasn’t the case. However, what will happen once they face a stronger opponent? Strategy, play, coordination and contingencies need to change in order for this team to realize its potential. The Chargers are too talented on offense to be struggling this much. Lombardi needs to start using the weapons he acquired and drafted to maximize the performance of this offense. It is not working under his current plan. Management made need to force a change sooner rather than later.

Let’s turn our attention to the “Zeus” of these “BOLTS”, head coach Brandon Staley. Staley comes from a defensive background. If this is the case, how come the Chargers defense is ranked 30th in the NFL? I understand that they are missing linebacker Joey Bosa for an extended period of time, but they still have a stacked defense. Linebacker Khalil Mack has been able to step up at some points, but the rest of the defense needs to as well. Mack is again the singular big bull’s eye target everyone is gunning for. Balance that out and put other targets out there. Respectfully, Bosa cannot stay healthy he just isn’t the asset needed. It is time to find a replacement.

This team needs to continue pushing forward after their positive offense performance from week four. The offense needs to continue to establish the run early and wear teams down. In week four, Ekeler was able to find the endzone for the first time. A consistent and effective run game is paramount for an offense to maintain its advantage through the air. The wide receivers on the other hand need to step it up. They are talented and have the potential. They need to execute on the field.

On the defense, the Chargers need to apply sustained pressure to the quarterback and continue to capitalize on turnovers. Defensive end Chris Rumph II, linebacker Kyle Van Noy, and Drue Tranquill need to continue picking up the slack. The secondary has been holding its own. The Chargers’ run defense has been bending. This week against the Cleveland Browns will be the ultimate test. If the Chargers are able to contain the two headed monster of Kareem Hunt and Nick Chubb this coming week, they should feel that surge of adrenaline and confidence that accompanies that success. Hopefully, it will serve to boost their play. If not, then this team needs to do some soul searching. It is tough love time. Without consistent improvement and wins you can kiss the hope of the playoffs and a Super Bowl goodbye.  What’s it going to be? Do we need some jumper cables to create the BOLT?