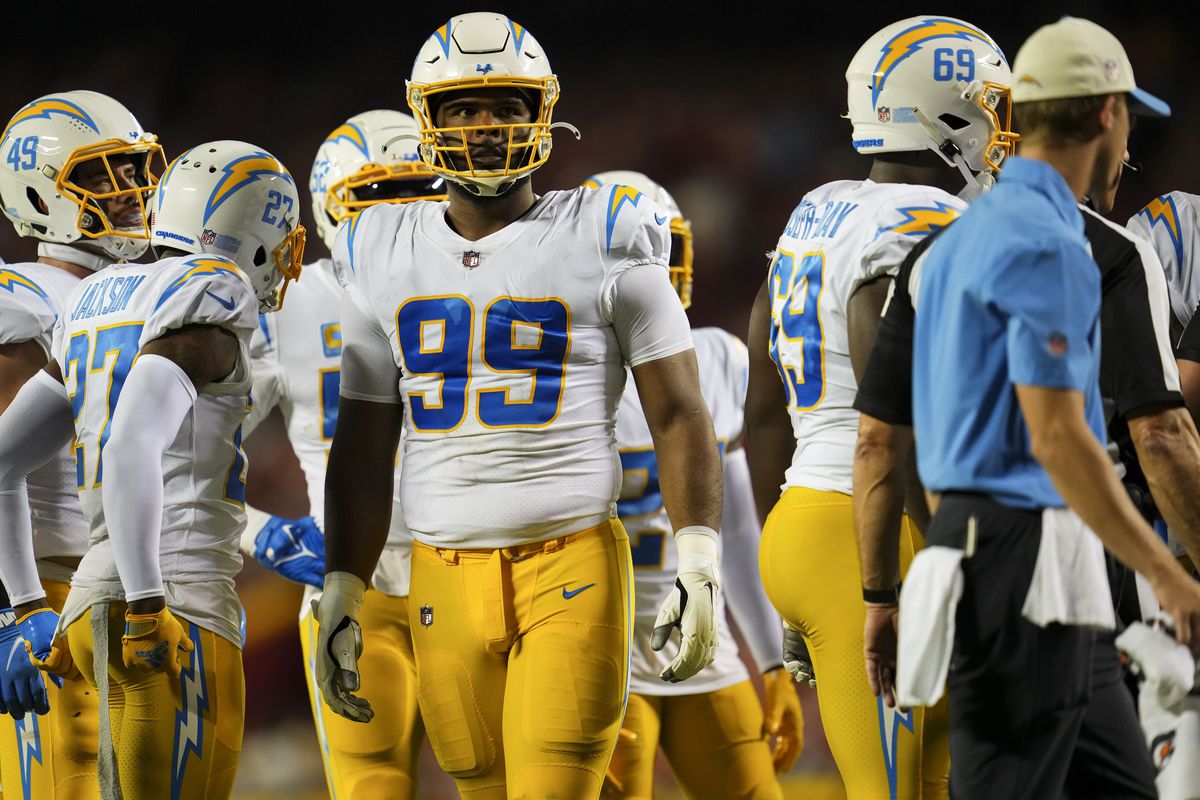 What an incredible game? The Chargers’ offense started off slow, but they were able to find their stride in the second quarter. Their defense struggled against the run all day. However, they were able to hold strong late and force a key turnover.

This game started out rough for the Chargers. Cleveland was running all over them early and took a commanding 14 point lead. It certainly did not look good, especially when the Chargers’ offense couldn’t get anything going. It was shades of games past. I was quite nervous this would turn into another blowout loss with the questionable play calling from offensive coordinator, Joe Lombardi.

The Chargers’ defense showed a lot of grit, resilience, and poise to allow their offense to get back into the game. At the start of the second quarter the Chargers hit another gear, not that one where the clutch kicks and it grinds, but smooth into the corner like it is on rails. The Chargers were able to push forward their run game. Today, they rushed for 238 yards. That is 25 yards more than the second best rushing team in the NFL! That is crazy and just shows that this team is capable of establishing a consistent run game and putting up numbers for the books. The passing game was no slouch either. Wide receiver, Mike Williams again was able to make a major impact racking up 134 yards on 10 receptions. He is starting to consistently fill the number one receiver spot with the absence of Keenan Allen. The air attack wasn’t what the fans anticipated from Justin Herbert, but that injury still has to be getting in its jabs . It is better to move the ball successfully than risk an interception. To see the run game finally working late in the game is an answer to our prayers.

Another major positive for the Chargers was the play of their offensive line. The line allowed two quarterback hits and only one sack. For a group that is missing an All-Pro and hasn’t had consistent chemistry, they are starting to find their way. Offensive rookie lineman, Jamaree Salyer was holding his own against some of the best edge rushers in the game. Keep it going! Are the Chargers the new Cowboys when it comes to finding great offensive lineman in the draft? Or maybe they are the new whisperers, bigger and better?

It has to be said and I have to go there. Let’s take a look at the coaching. In game 5, offensive coordinator, Joe Lombardi was able to move this offense and establish a consistent run game. Why has it taken until game 5? You are killing us Joe! This one game isn’t a defining moment, but it is a step in the right direction. If this offense continues to produce and be more consistent Lombardi might find himself off the hot seat.

With the offensive positive there is a negative. Head Coach, Brandon Staley made a very questionable call late in the game. Staley decided to go for it on fourth down with 1:14 remaining in the fourth quarter. The Chargers were at their own end of the field and up only two points. I was baffled by this play call! I understand that if you get the first down the game is over. If you aren’t able to convert you’re giving the Browns a little over a minute to get five or ten yards to get the ball into field goal range. The Browns had been able to run the ball all day and even though they didn’t have any timeouts, if they had run the ball the Chargers would be going into week six 2-3 not 3-2.

Punter J.K. Scott has been great at pinning teams deep when punting from their own half close to midfield. Why would Staley risk this? In his post game interview, Staley explained that they had decided to go for it from third down, “notwithstanding…a negative play or something that gets blown up or a penalty…” He also said “23 on 81, we liked it.” I like the confidence in Mike Williams, but with a two point game I don’t know why you’d take that risk. I understand I am more conservative, but I would rather force them to beat your team through the air for 40+ yards with no timeouts rather than about 10 yards. The Chargers were lucky this time. Going forward I hope this is not the norm.

The Chargers have a little over a week before their Monday night matchup against the Denver Broncos. The Chargers need to take this time to recharge and get ready to take on a struggling Broncos team. Russell Wilson is seriously underperforming at his new post with the Broncos. Though the Broncos’ offense is struggling, their defense is stepping up and giving the team a chance. The Chargers need to continue taking steps in the right direction on offense and get going early. They can’t afford to keep playing from behind. If the Chargers cannot figure out how to dominate the field now, they won’t be able to keep up with better teams later in the season.