Chargers Up For Sale in the Near Future? 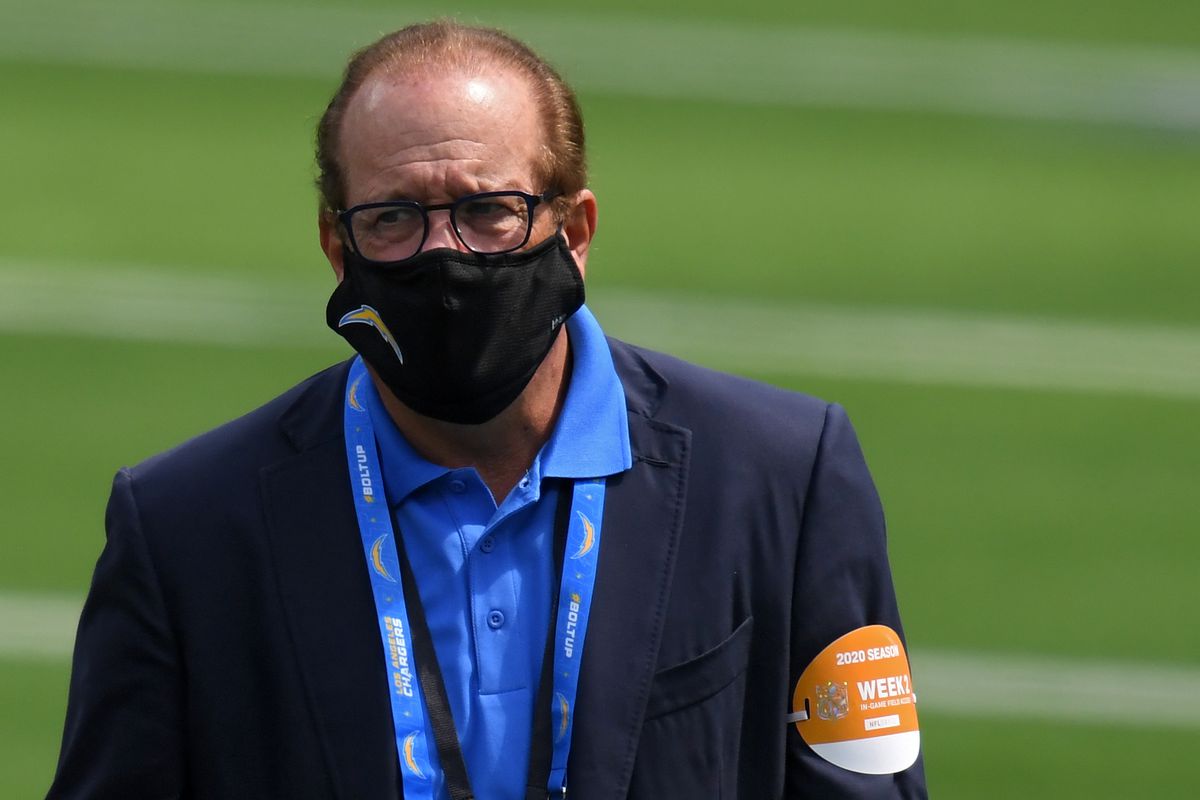 The sister of controlling owner Dean Spanos is attempting to sell the families share of the Los Angeles Chargers. Dea Spanos petitioned to a Los Angeles County Superior Court on Thursday. In the petition, it says there’s an immense amount of debt on the families finances. Meaning that the logical thing to do is to sell the team.

Dea Spanson Berberian, a co-trustee along with her brothers, says the families debt and expenses surpass $353 million. In addition to this, according to Dea keeping the Chargers, the family is losing an estimated $11 million a year. Not to mention, that in the filing, there’s no plan to pay more than $22 million it has pledged to charities.

“Dean refuses to consider a sale of the Trust’s Interest of the Chargers, insisting that the Co-Trustees continue to borrow more and more, and to force the charities and beneficiaries to wait for years and to ‘hope’ while Dean speculates further on a football team,” the petition said, via the Times. “Dean has failed to present any plan to address the Trust’s bleak financial picture, because there is no other plan than the one urged by [Berberian]. He (Dean) simply refuses to discuss it. … His plan is hope.”

The Chargers are one of the few teams that remain family owned. The Spanos family have owned the team since 1984 when Alex Spanos purchased them for $70 million. Since then Spanos came to control 96% of the team before passing away in 2018. After his death, he gave his four children each a 15% stake in the team. The rest of the stake is in a trust which Dean and Dea run.

“Every day that passes increases the risks that the charitable beneficiaries and the Spanos family legacy will suffer irreparable financial and reputational damage,” the petition says.

Moving to LA For Financial Improvement

When the decision came to move to Los Angeles, the Spanos family thought their finances would improve. However, that wasn’t the case. To begin with, the relocation fee in the NFL is a staggering $650 million that they are paying in a 30-year period. Since the move it’s been difficult for the team to sell tickets for the home team. Most notably, a majority of fans in the stands are of the opposing team.

“The trust is so heavily concentrated in owning a minority stake in a professional football team that beneficiaries have no choice but to depend almost solely on the rise or fall of the team,” the petition says. “Maintaining the status quo is not an option.”

Relying on the team’s success is a huge part of generating revenue. Though the first few years in Los Angeles looked promising with Philip Rivers at the helm, the Chargers lost multiple close games. Although they were able to make a surprise run into the divisional round, they couldn’t get over the hump. However, after drafting Justin Herbert in last year draft, the Chargers look to be promising once again.

One name that has that surfaced as a potential buyer is Amazon found Jeff Bezos. In the petition Berberian stated, “the Chargers could be a perfect opportunity” for the world’s richest man. This would be ideal for the billionaire as he has said he is interested in owning a team.