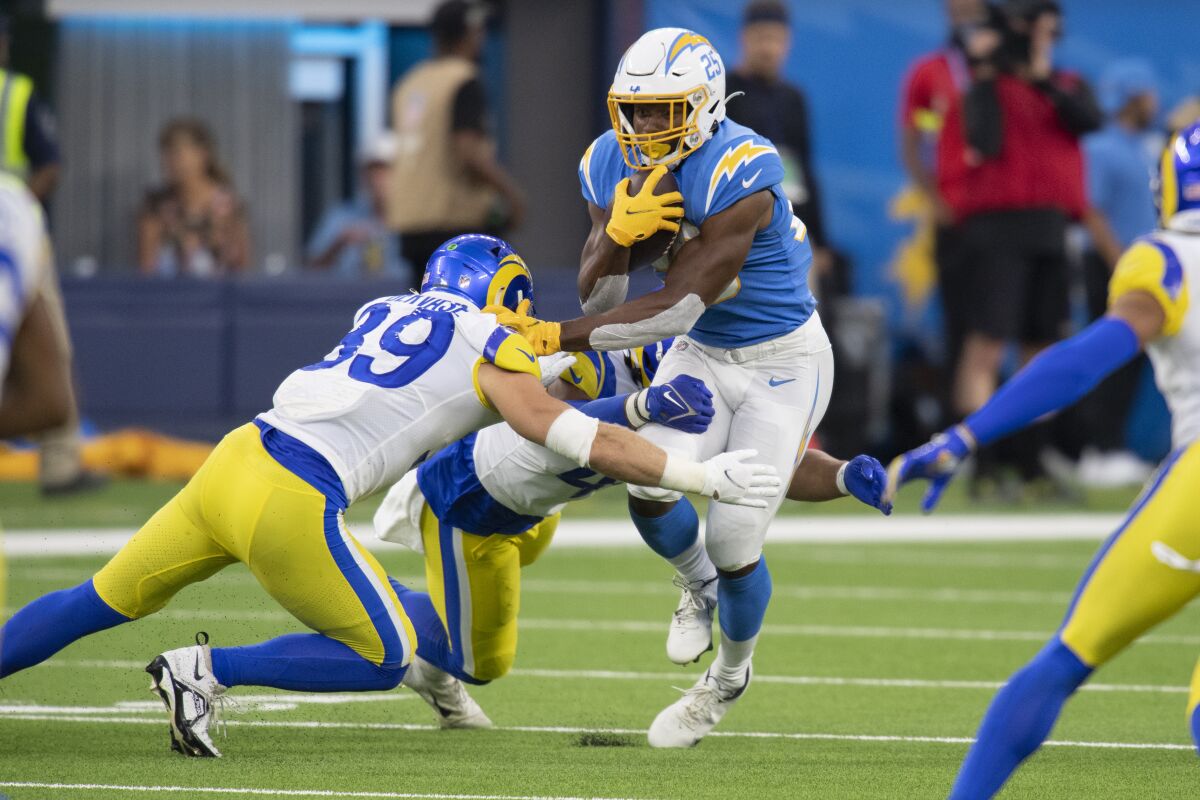 Week 1 for the Chargers brings a fresh start, but also brings a chance for redemption after their performance during training camp. The Chargers did not make the playoffs last year all thanks to the Las Vegas Raiders. In 2021, the two faced off in week 18. The stipulation, win and your in, lose and you have to wait another year. The game came down to overtime and after two possessions the game was still tied. Just as the time clock was winding down in the final minute, the Chargers decided to take a time out in case the Raiders missed the kick. They didn’t. They went on to the playoffs sending the Chargers packing.

The heartbreak may still linger, but the Chargers aren’t the same team. This year they are bigger and badder. With some much needed offseason additions this team is primed for an outstanding season. The team will however be without one of its best additions, J.C. Jackson. The Raiders reunited college teammates, Derek Carr and Davante Adams. Jackson will be missed in this rematch. I believe that Derwin James will have a tremendous impact stopping Adams or Darren Waller from making successful deep ball receptions.

The air will be a contested duel, but the real test will come in stopping the Raiders run game. Though the Raiders were not very effective in consistently running the ball last year, they had stretches of dominating on the ground. With a Chargers team that has struggled to stop the run it is a good test to see if all aspects of their defense are up to the challenge. I believe the Chargers are able to dominate on offense and their defense can make key stops in key moments to give them the win.