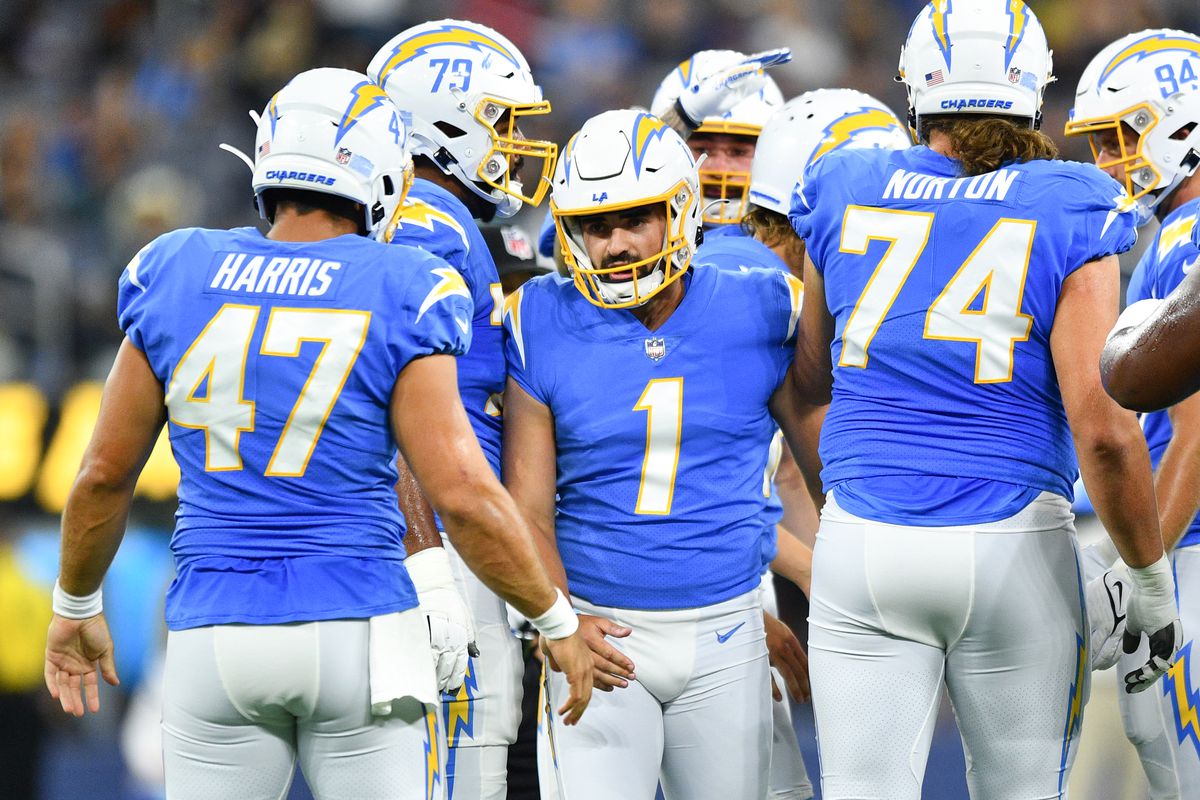 Week 1 is in the books and the Chargers are 1-0. The game was close in the end, but I believe there were a lot of positive takeaways.

The defense allowed 141 yards, 10 receptions, and a single touchdown to the league’s best wide receiver, Davante Adams. Once J.C. Jackson returns, I don’t believe many wide receivers will add to that stat line. The Chargers new additions, Khalil Mack and Bryce Callahan made their presence felt. Mack recorded three sacks in his first game with his new team. Callahan also had one of the Chargers three picks from Derek Carr. The Chargers also showed improvement in their run defense. They only allowed 64 yards on 13 carries. Against a decent run attack I take that as a win.

JK Scott is the REAL deal

Sunday’s matchup had the typical Brandon Staley “go for it every time” mentality. He showed trust in his defense and new punter JK Scott. Scott had four total punts that averaged 49 yards and one he placed inside the five yard line. Having a punter that can squeeze an opposing offense deep inside their own half, along with giving your defense some room to breathe when your offense can’t get anything going is a huge advantage in the long term goals for this season and beyond.

Offense Struggles on the Ground

Despite having a day that showed the ball dispersed well through the air, the Chargers fell short on the run game early on. It picked up in the final minutes to help them seal the game, but overall the run game early on was non-existent. The offensive line was able to keep Justin Herbert clean today. They did not allow a single sack, but they didn’t have a running back go over 40 yards. It is only game one and this burgeoning new set of teammates is finding their way. With tougher opponents ahead they better make it quick. Looks like the offensive coordinator has some serious homework and strategizing to do.

Though a close game, the Chargers made key stops and were able to keep the lead once they had it. Something that was not characteristic of this young team several months ago. There is still a lot to improve upon if this team wants to play in January. Avenging their week 18 loss despite missing their best cornerback has to be a major positive for this Chargers team. Now its a short turnaround as the Chargers travel to Kansas City for a Thursday Night game against a Chiefs team that has a lot to prove. The Chiefs beat the Cardinals 44-21 today. The Chargers have a short week that will include some hard-core prep if they don’t want a score like that on their books next week.

Week One Preview: Denver Broncos Vs. Seattle Seahawks
Dolphins vs Patriots, the Beginning of a Great Season for Miami